The headdress completes a look. Hat, cap, balaclava, panama, scarf, etc. are an integral part of your wardrobe. Can the crown be a headdress? This question was asked by the creative team of photographer Amer Mohamad.

The crown is a symbol of earthly and divine power, an attribute of authority and chosenness. As a rule, it flaunts the head of people of noble birth. It is the dream of every little girl. She dreams to be a princess living in a castle, befriending dragons, and traveling in a carriage drawn by six white-maned horses. Dreams tend to come true. After all, fake it till you make it.

Crown designer Olga Bril has crafted 4 crowns for the shooting. She decorates them with stones, Swarovski crystals, cubic zirconia, and other crystals. Olga is the holder of the honorary international title Queen of Crowns Elite Beauty Queens.

Young model Arina Gordiy is only 13 years old and dreams a lot about her future. She has managed to become the princess of the fashion world by collaborating with international brands. She has appeared in numerous fashion magazines in different countries, also previously in Harper’s Bazaar Vietnam. Arina is predicted to have a great future. 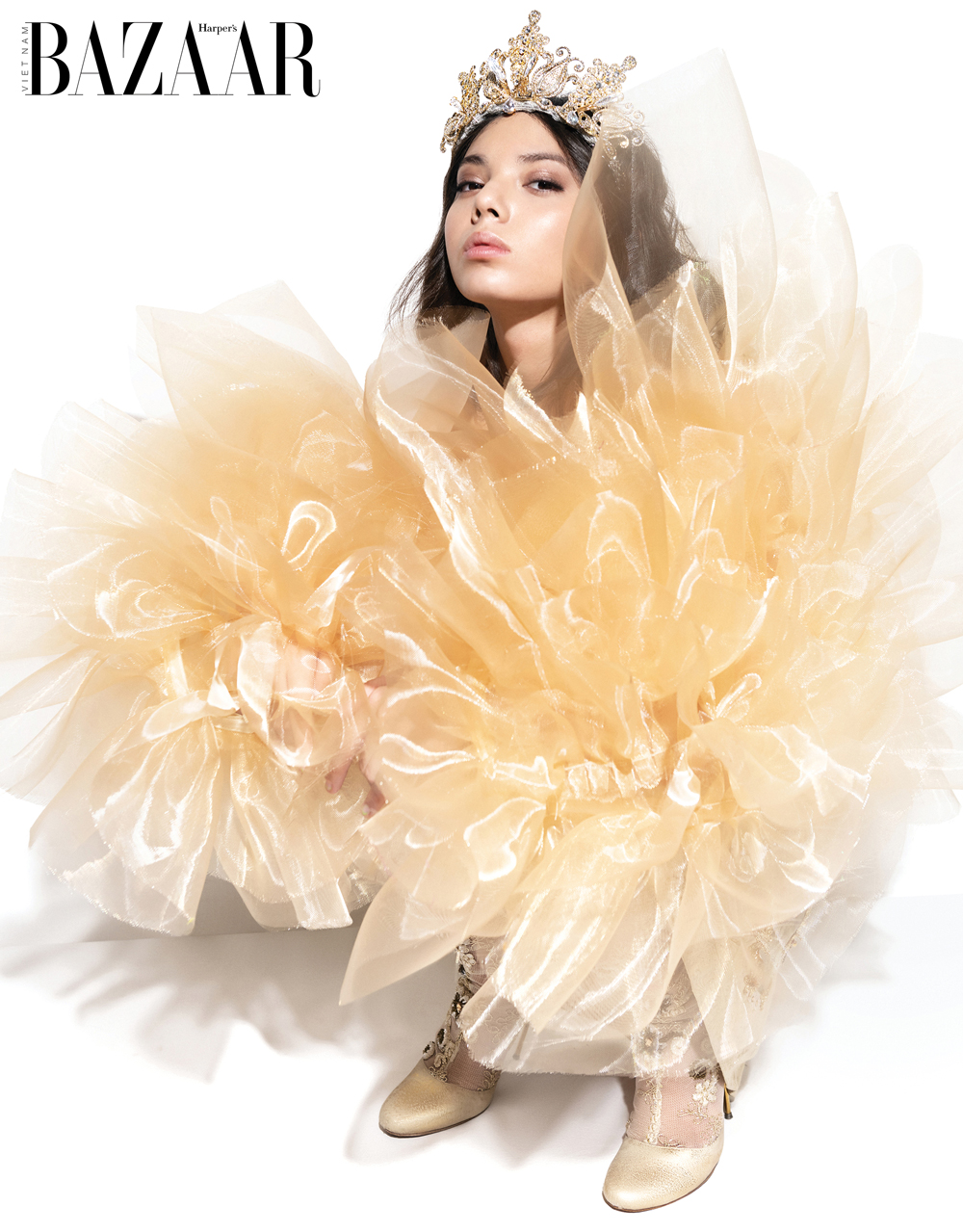 The Light and Air queen. The golden tone indicates that the Fairy dreams to become the best, first of all, in the fashion world. The prints on her dress hide under the voluminous folds of an organza cloud. 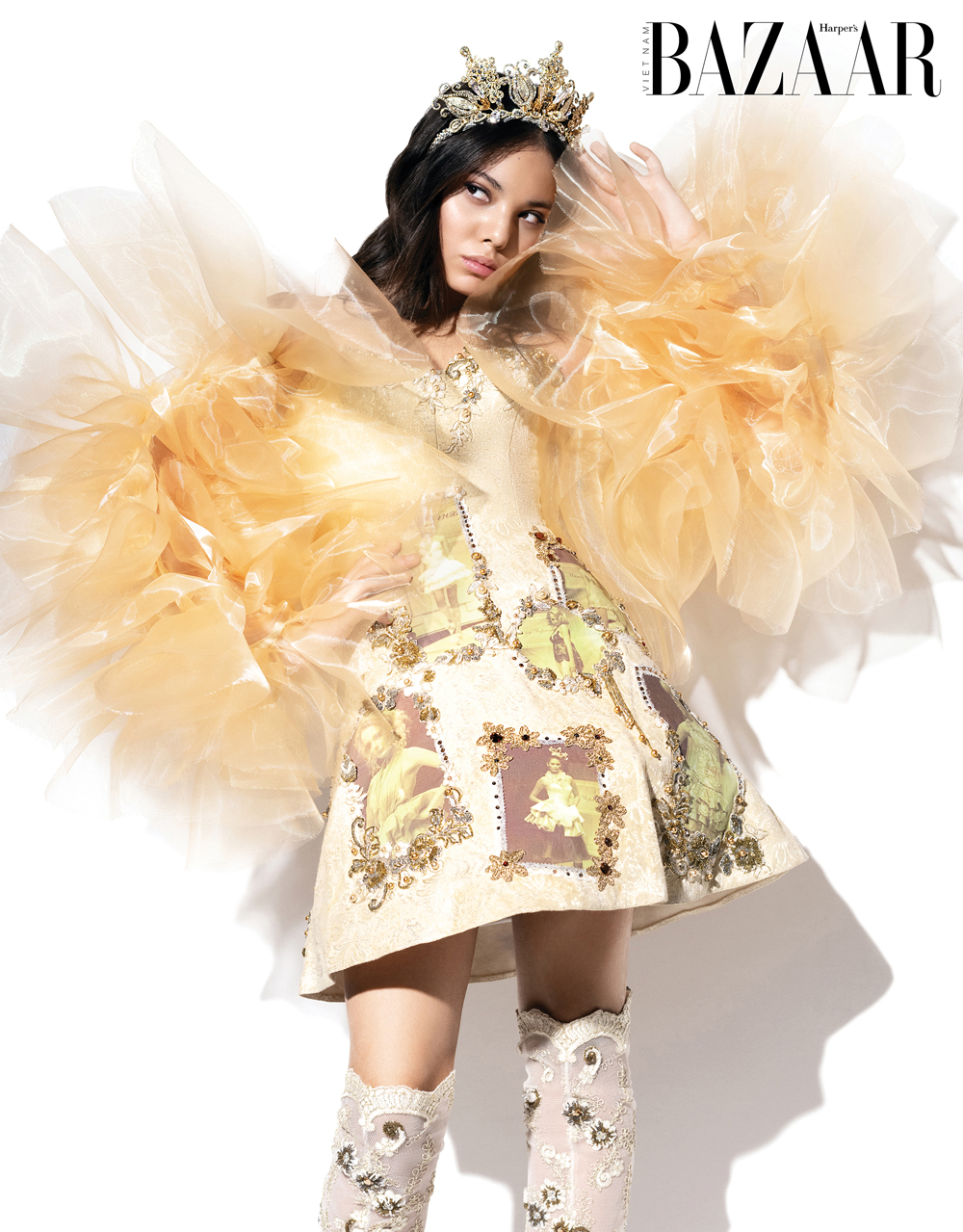 The Light and Air queen. 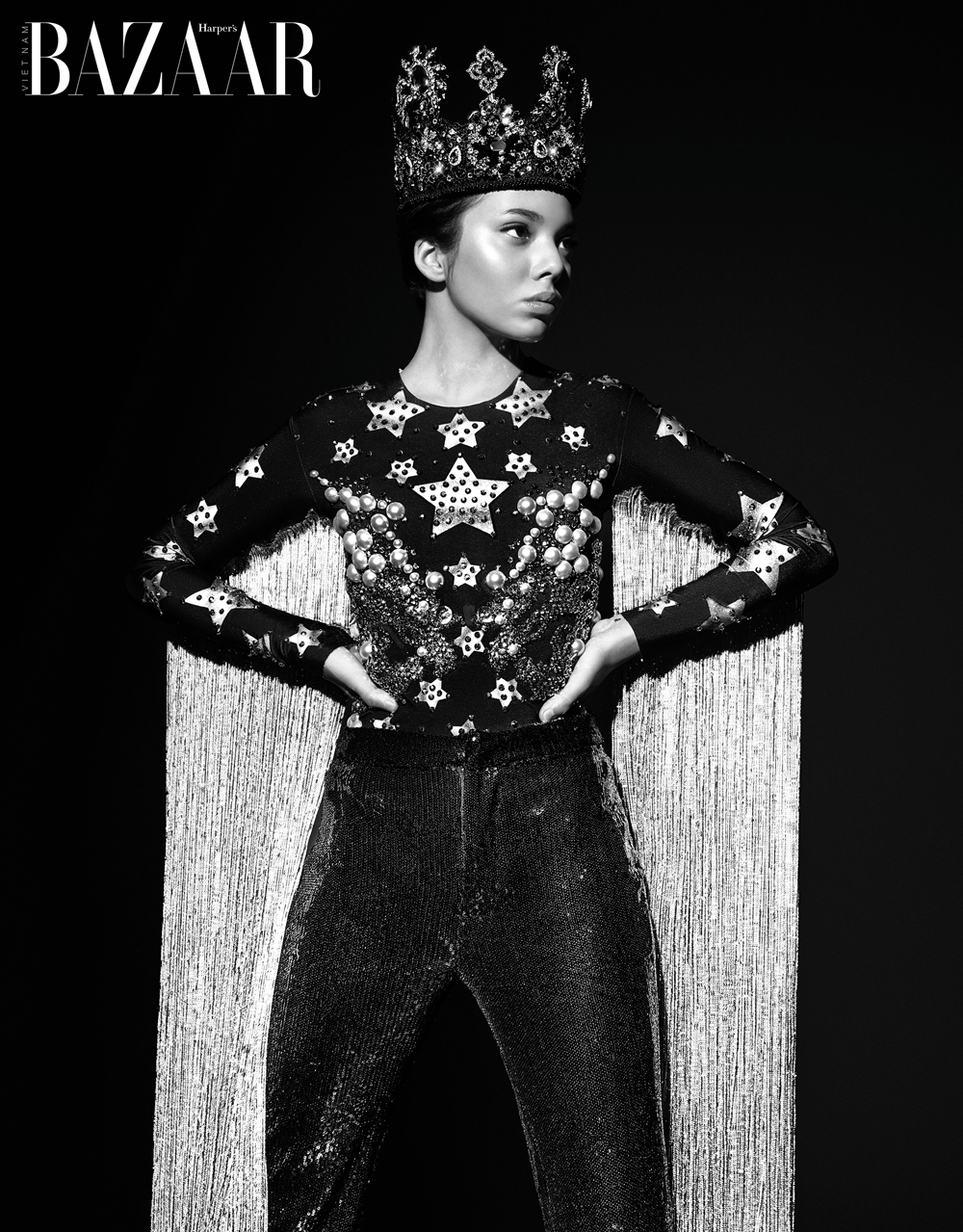 The dark queen, wearing a classic-shaped silver crown adorned with large black stones, clearly has deep knowledge in the field of magic and alchemy. One of her secret ingredients is stardust. 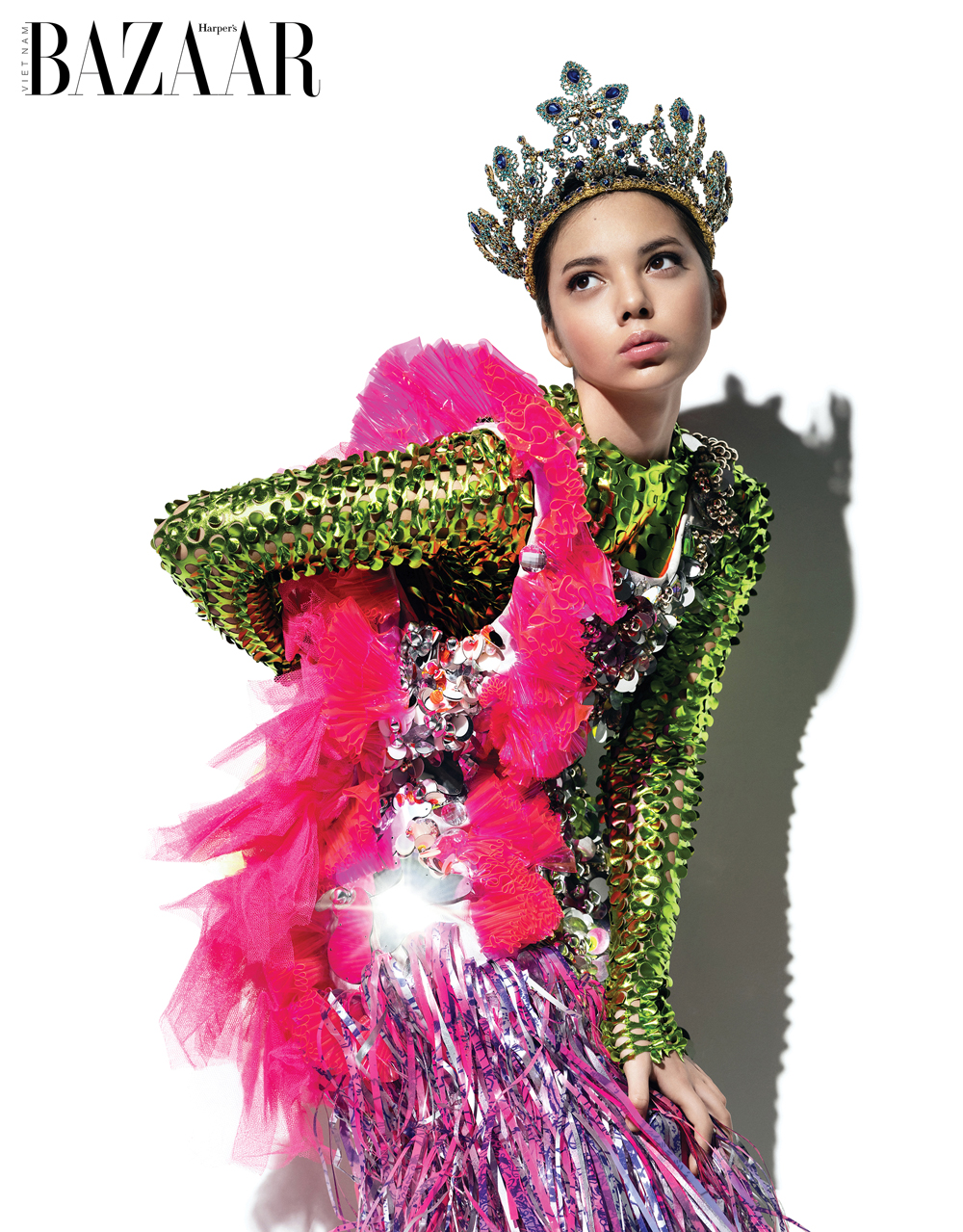 The bright queen wears a crown adorned with sapphires, a shiny scaly dress with pink pleats. It seems she steps out of the pages of a manga. Her superpower is she can turn herself into a shiny lizard. 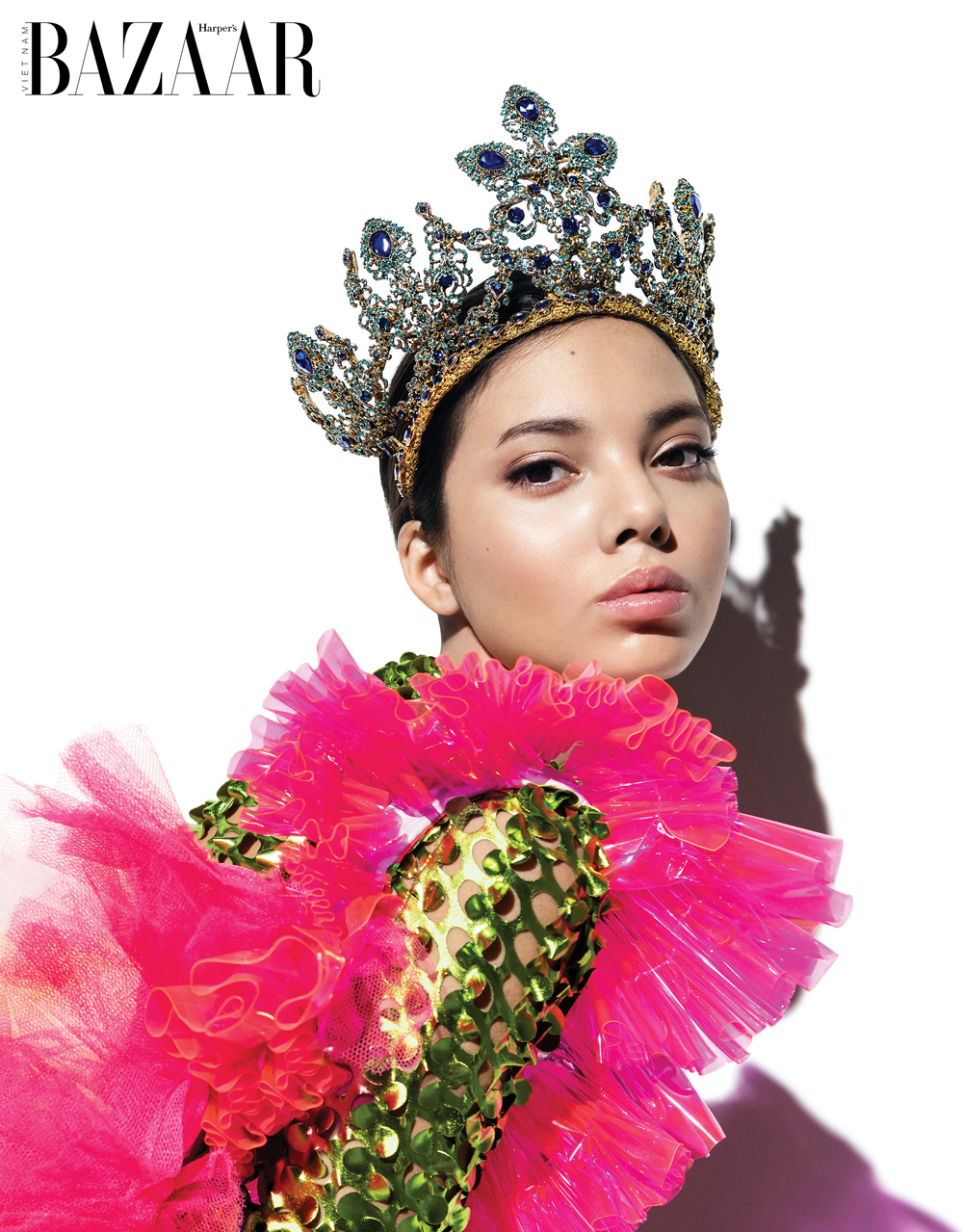 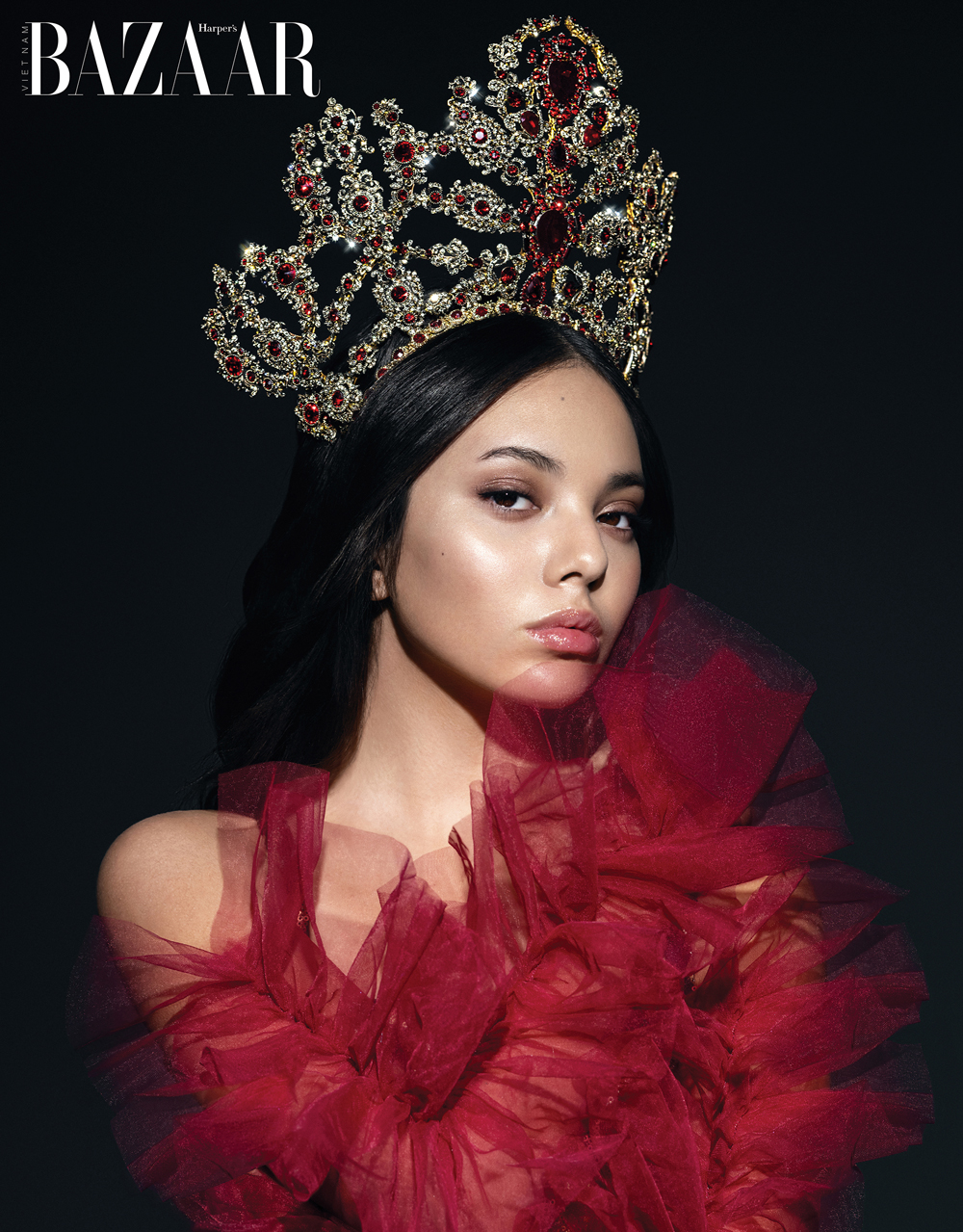 Finally, a solemn queen. She wears an imperial red dress and a large crown adorned with rubies. This image combines the Russian kokoshnik and the crown of Chinese empresses. Color, shape, materials can convey superiority and mightiness.

We live in a time when anything is possible. Any girl can wear the crown, and embody her individual image. On the other hand, the crown is a very demanding accessory. To wear it, you need a royal posture.