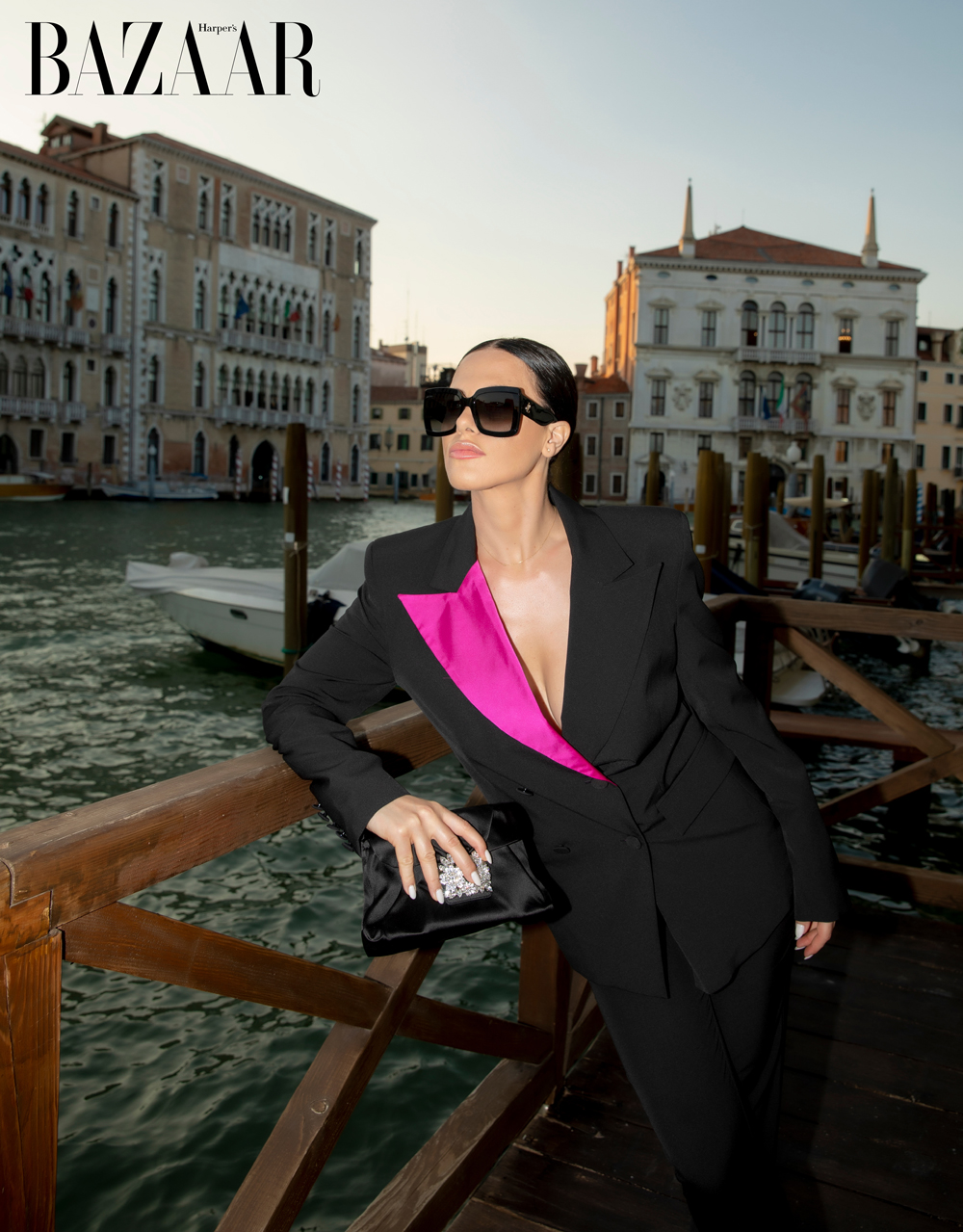 Melania Dalla Costa has been known for her roles in cult series such as Un posto al sole and Immaturi, and in a hard-hitting committed film, Stato di Ebrezza (State of Drunkenness). The latter was presented at the Cannes Film Festival. It was based on the true story of comedian Maria Rossia – the former Zelig star – and her troubled life. 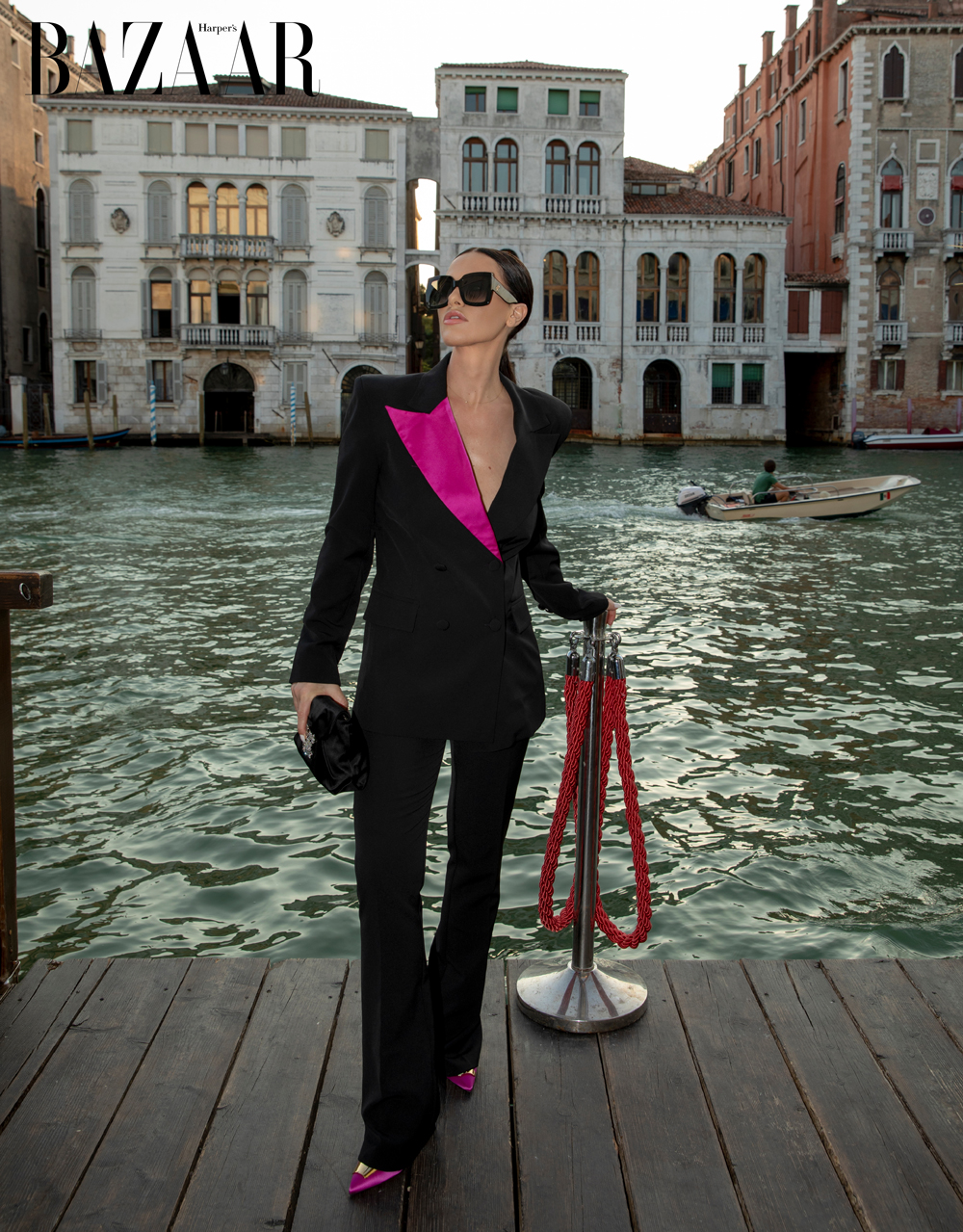 The actress explained, “State of Drunkenness has stirred plenty of discussions because it deals with the topics of drugs and rehab. The two main characters are Maria and Beatrice. I played Beatrice, a drug-addicted, bipolar girl mother who is left without her daughter, entrusted to her father’s family.” 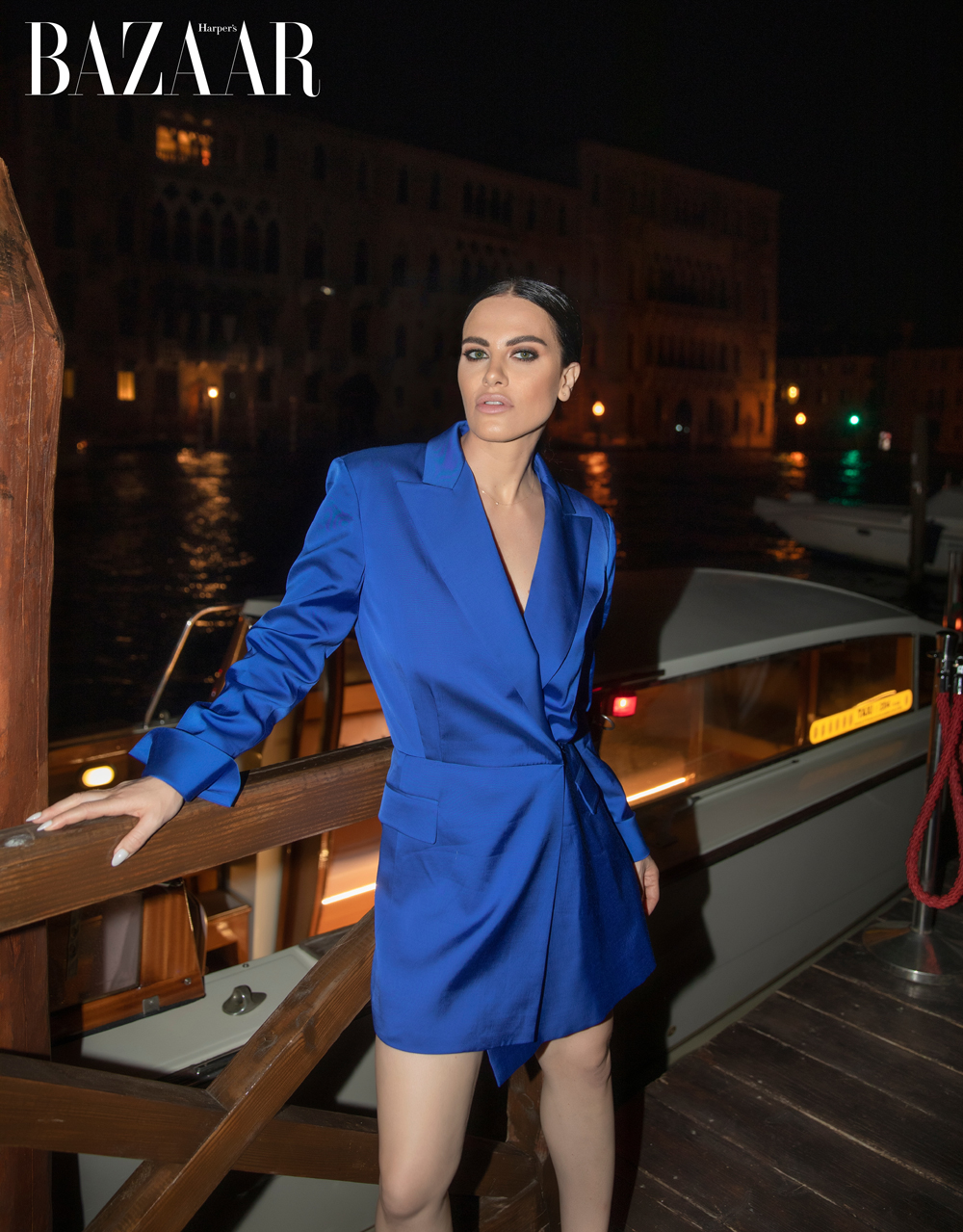 To attend Venice International Film Festival 79, Melania arrived at the Venice Lido in a “Lancia” a luxurious water cab. She wore an elegant and iconic black dress by Alberta Ferretti, stunning jewelry by Bvlgari, and a handbag and shoes by Roger Vivier.

She told Harper’s Bazaar, “The most exciting in Venice International Film Festival 79, for me, is the return to normalcy and seeing so many people together.” 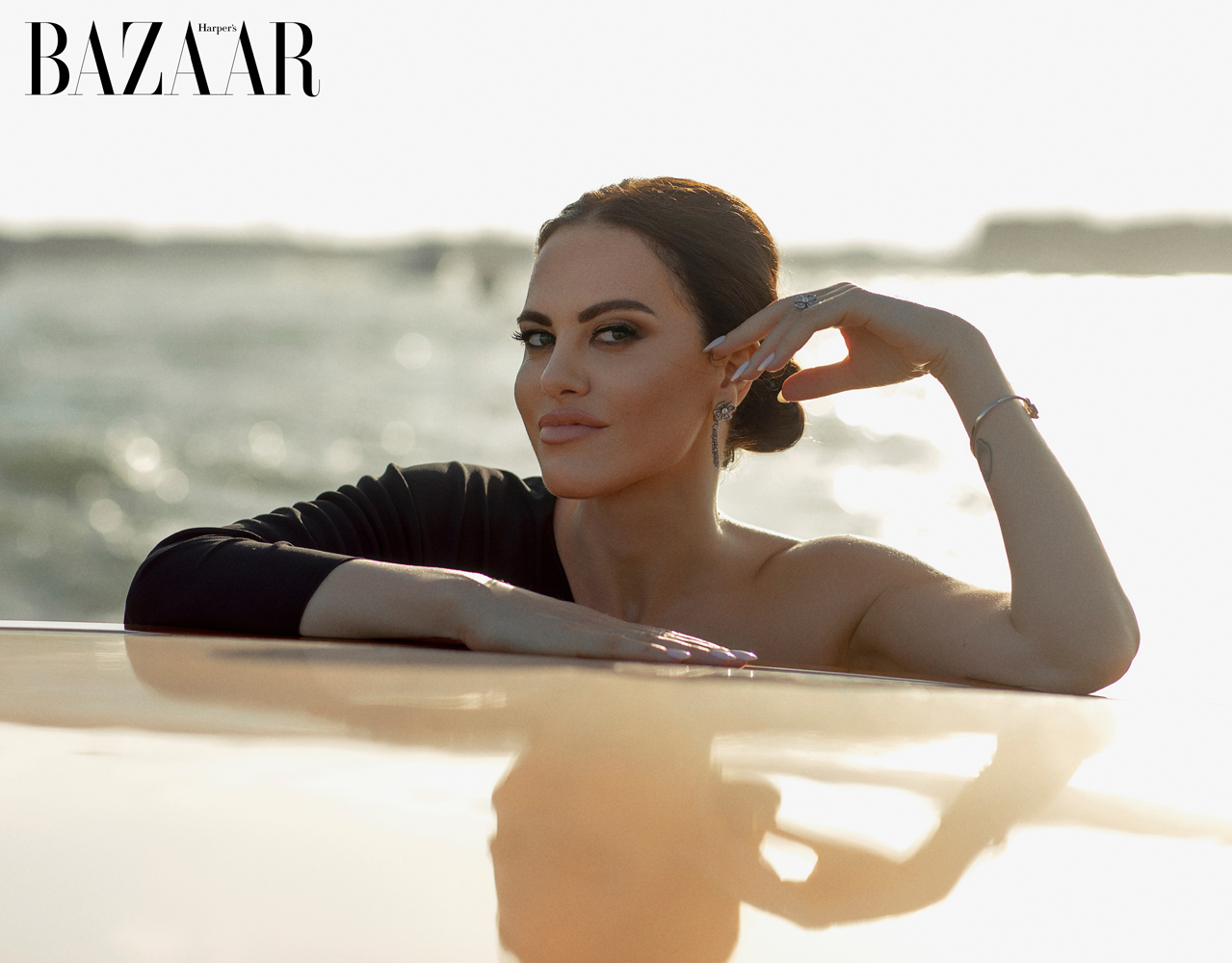 She was thunderstruck by the movie The Son. “I cried a lot,” Melania said. She was impressed by the director, “After the extraordinary success of The Father – Nothing is as it Seems, a revelation film that won two Academy Awards, Florian Zeller returns to directing with his second film, The Son, a tale destined to resonate deeply with anyone who has had to fight for their family.” 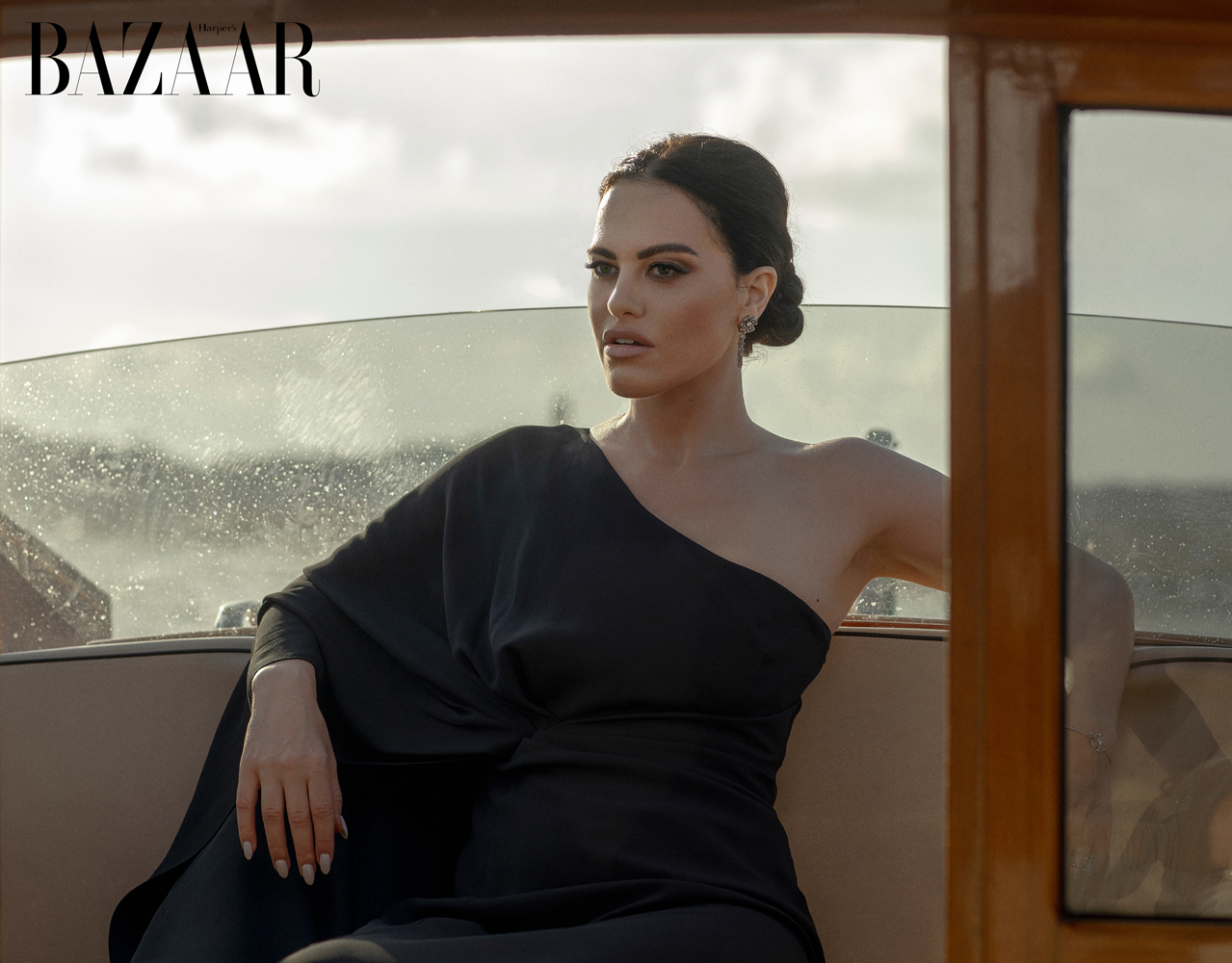 Melania Dalla Costa has just finished filming The Second Way, an international film about World War II, where she plays Marie. It will be in theaters in January 2023. The actress revealed, “This is the first time I acted in a costume film. It is set in World War II and deals with the Russian Retreat. It is a dreamlike film where hope is the strength to help move women forward.” 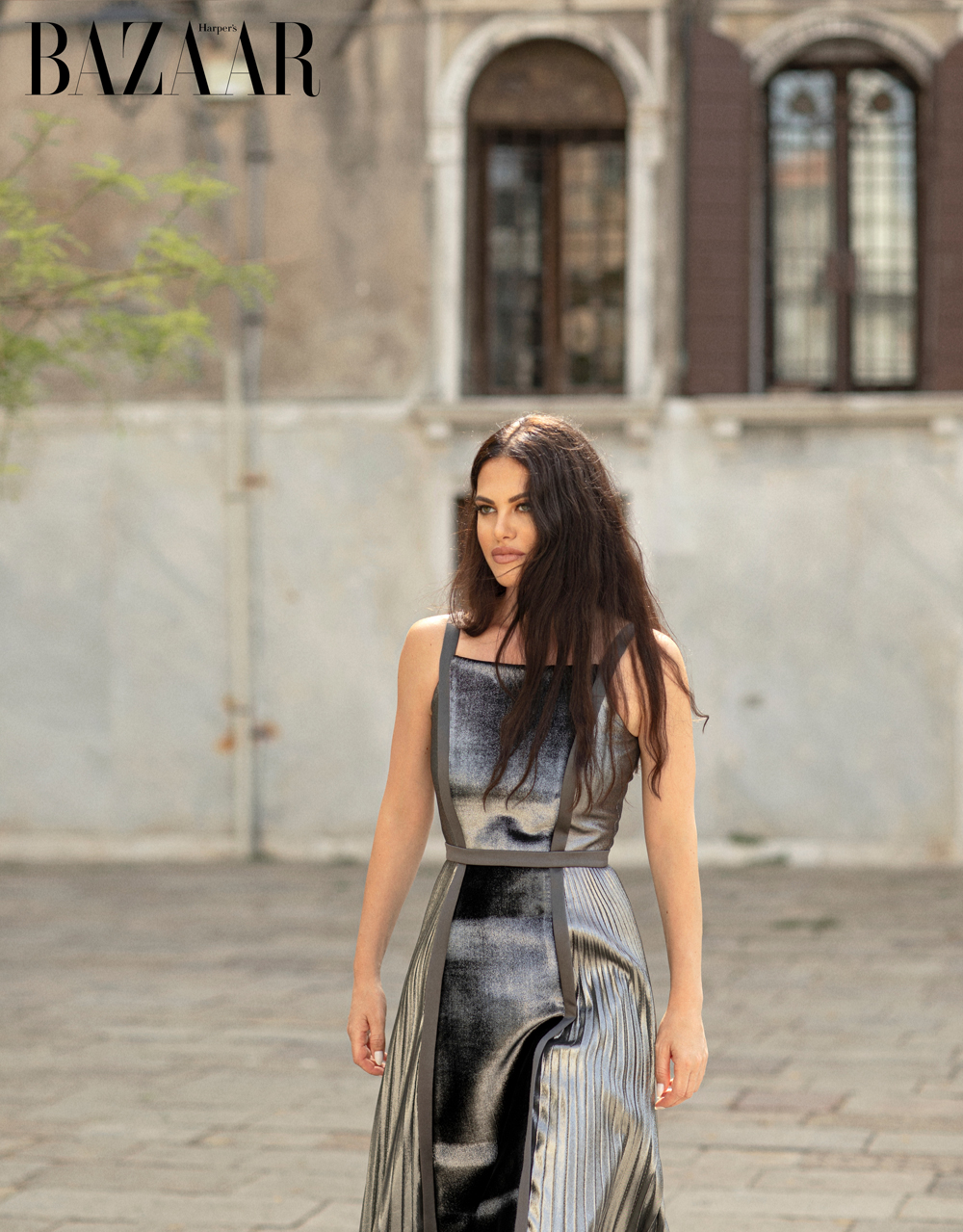 Melania is also busy writing her first novel, The Golden Blood. It’s a fantasy, mystery, scheduled to be released next year. 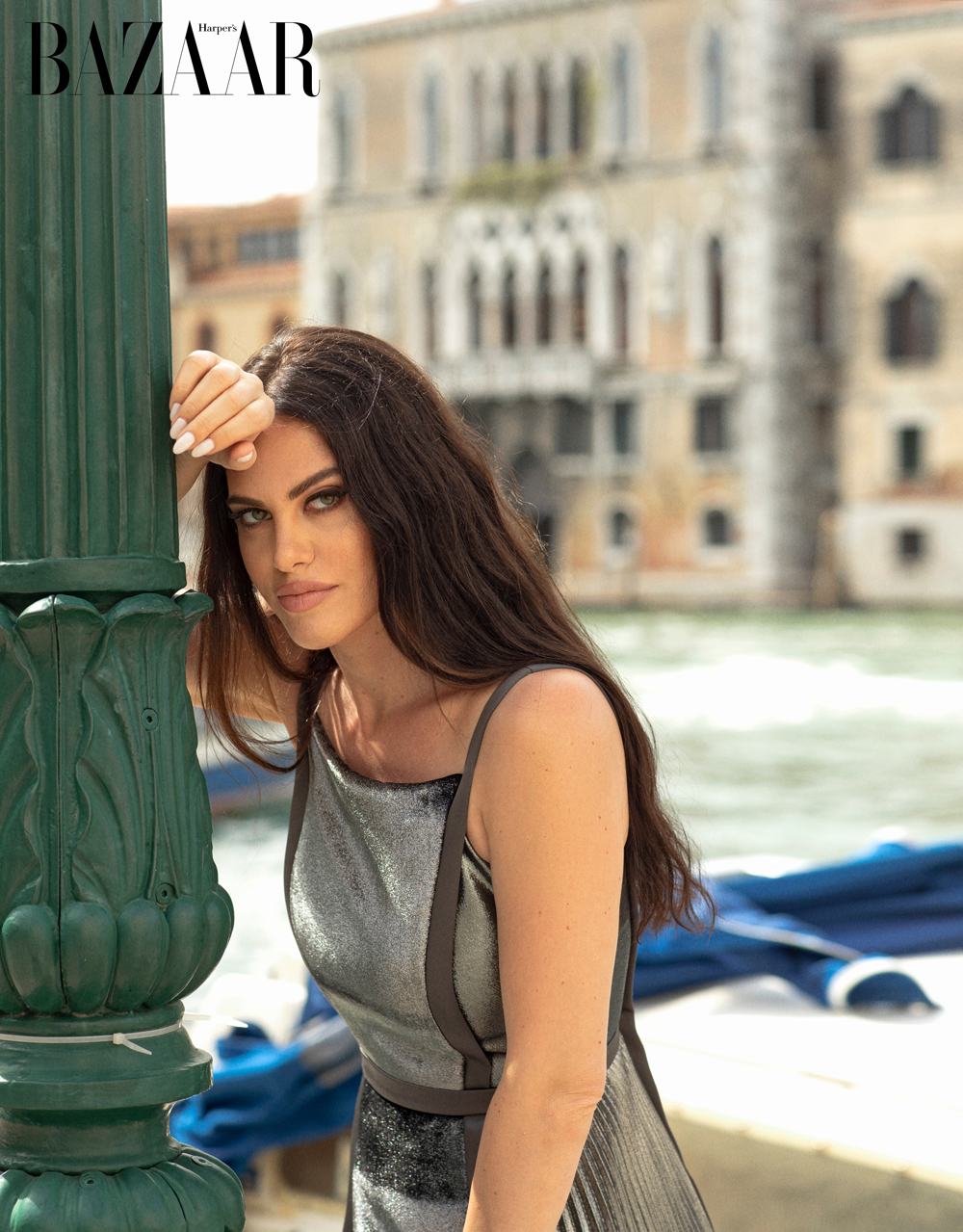 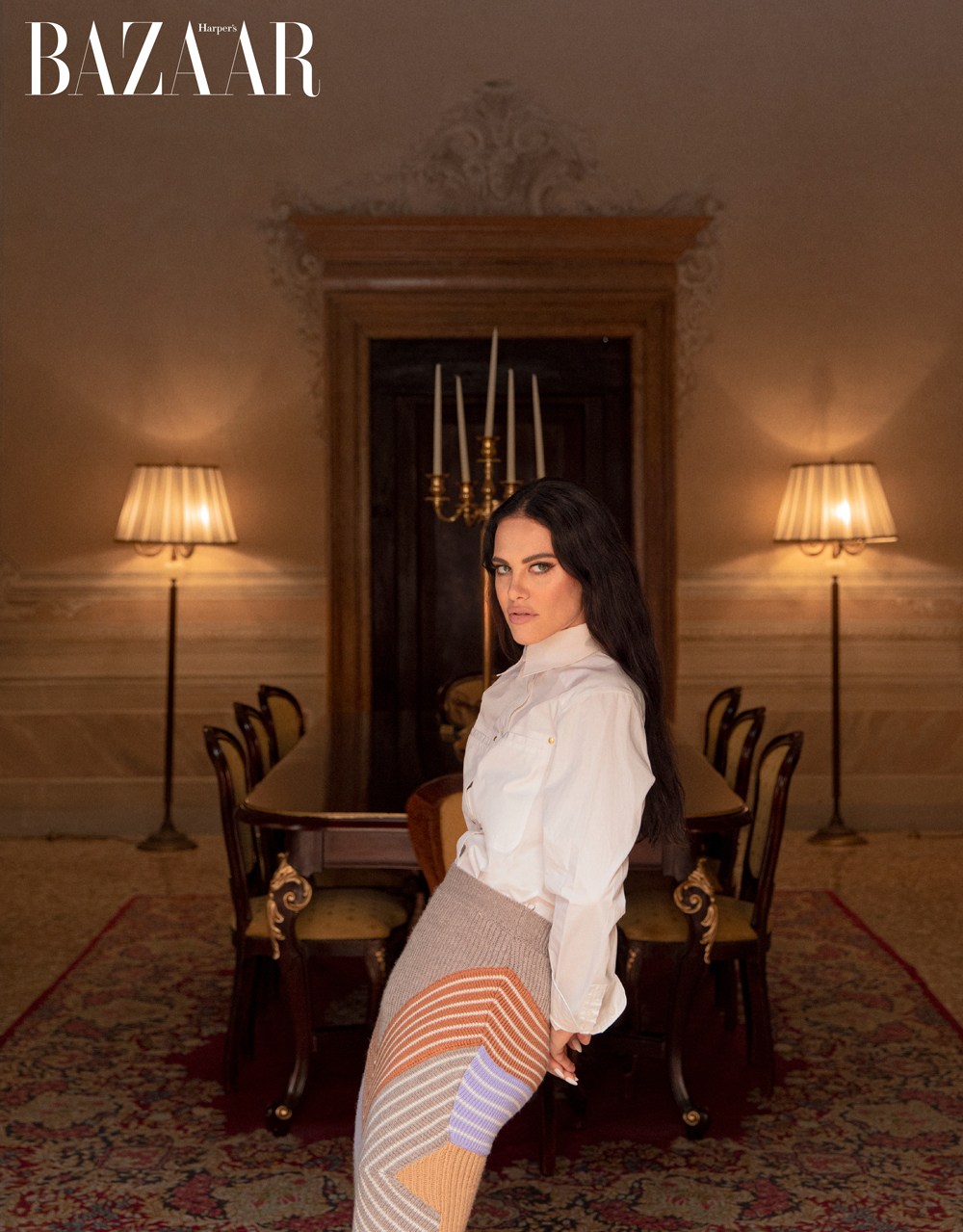 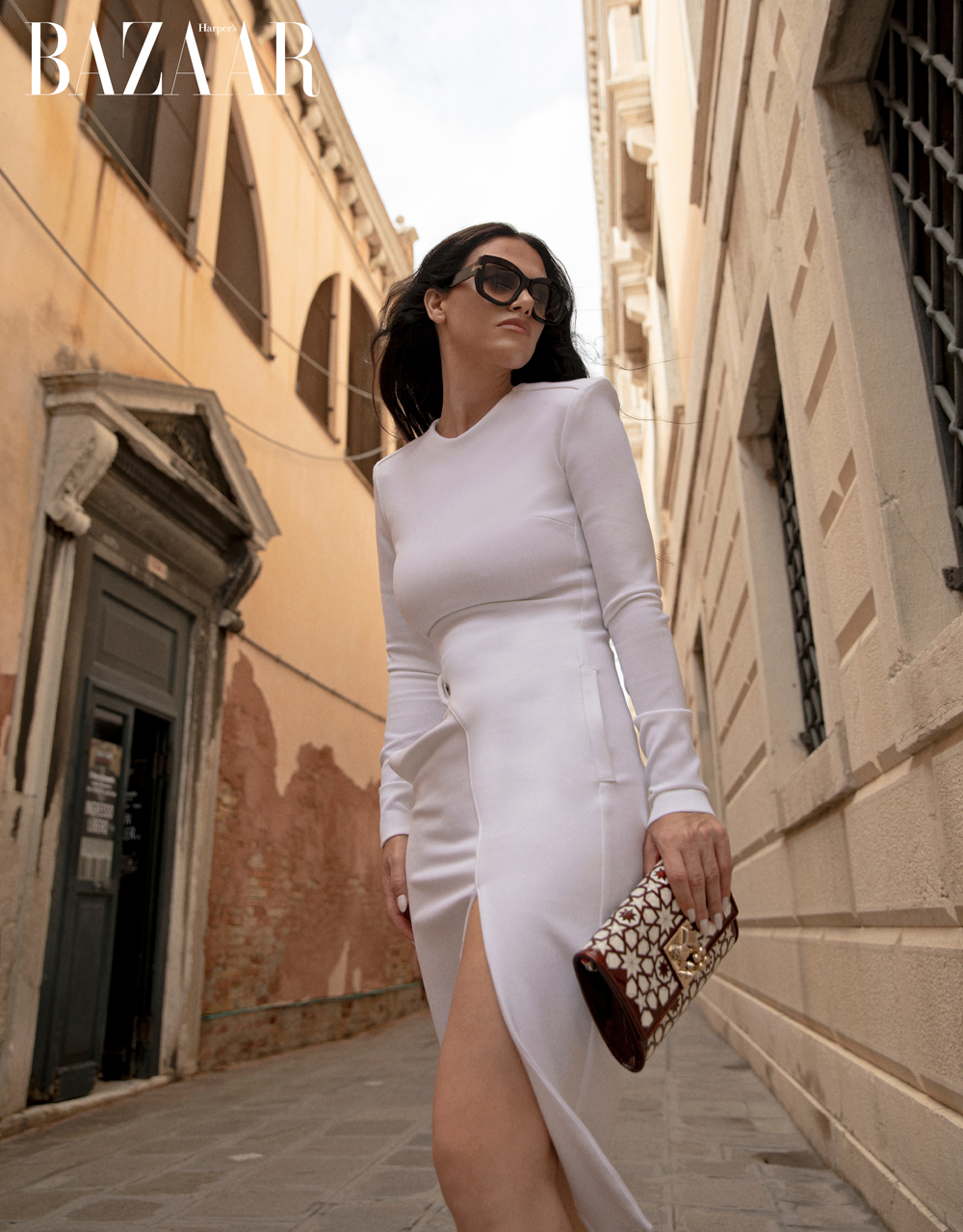