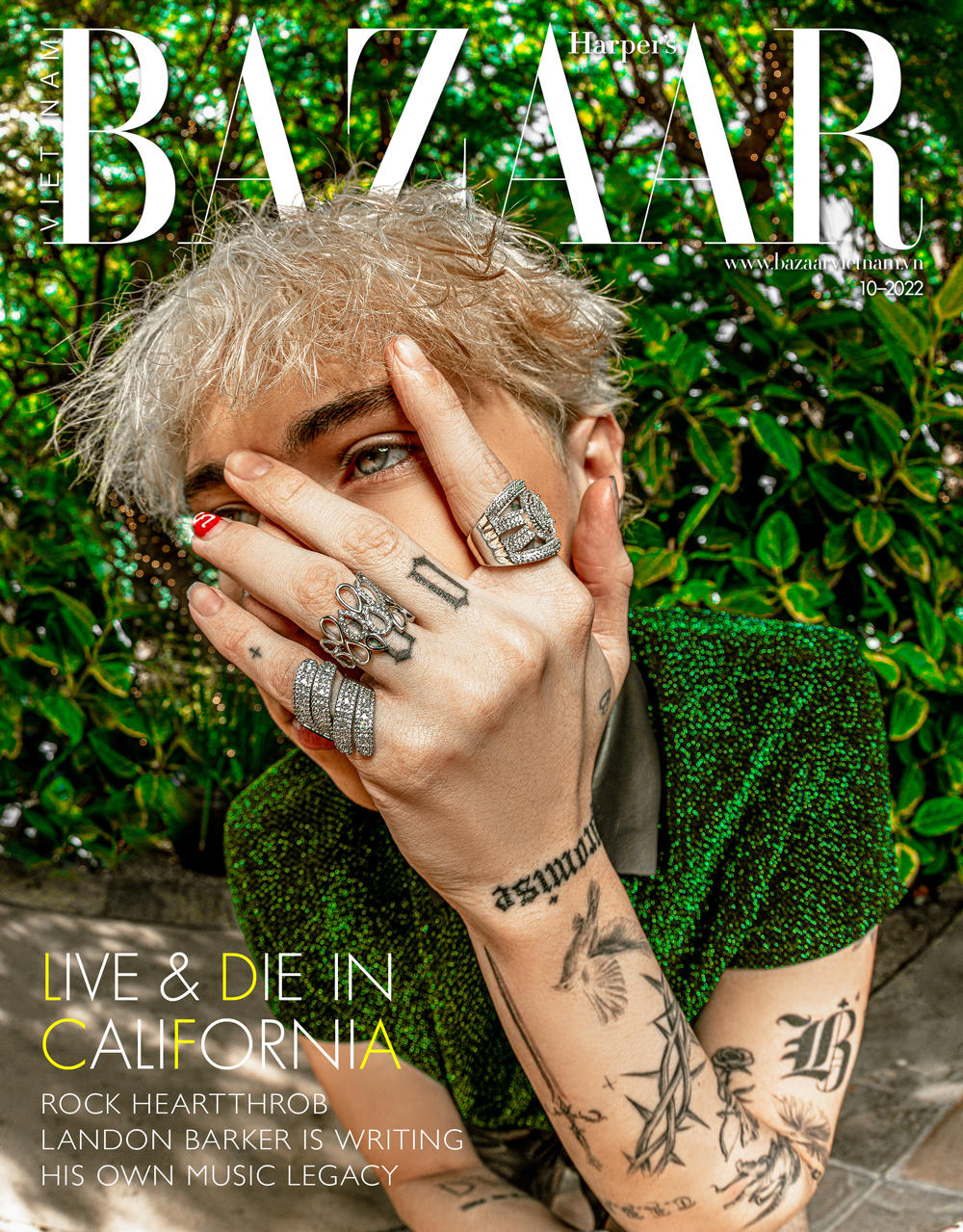 Landon Barker was born into a famous family with father Travis Barker, the iconic American musician from Blink-182. He also has two beautiful and talented sisters, Alabama and Atiana. Despite the privileged background, the multi-talented 18-year-old soon charted his own path.

His musical debut resulted in a number one single with Machine Gun Kelly Die in California immediately establishing Landon as a force to be reckoned with. Landon’s recent live performance at Madison Square Garden, also confirmed his presence at the forefront of pop punk’s resurgence.

The teenager has used his platform to express himself through gender-neutral Gen Z fashion, creatively directing and designing, and candidly opening up about mental health and wellness.

Through his various projects and innovative endeavors, one thing remains clear: Landon Barker is staking his own claim, and making his own name.

Landon Barker – a talented artist with his own path

At the age of 18, few people have the opportunity to appear on the cover of popular magazines. This is probably not true for Landon Barker. Having first broken into the music scene through the release of Die in California, the debut paved the way for Landon’s entrance into the musical world. Speaking about its success, when shooting for the cover photo of Harper’s Bazaar Vietnam, he said: “It’s all been a blessing for me, and I’m grateful for it all. I have been very busy working on some new records that I’m looking forward to releasing”. 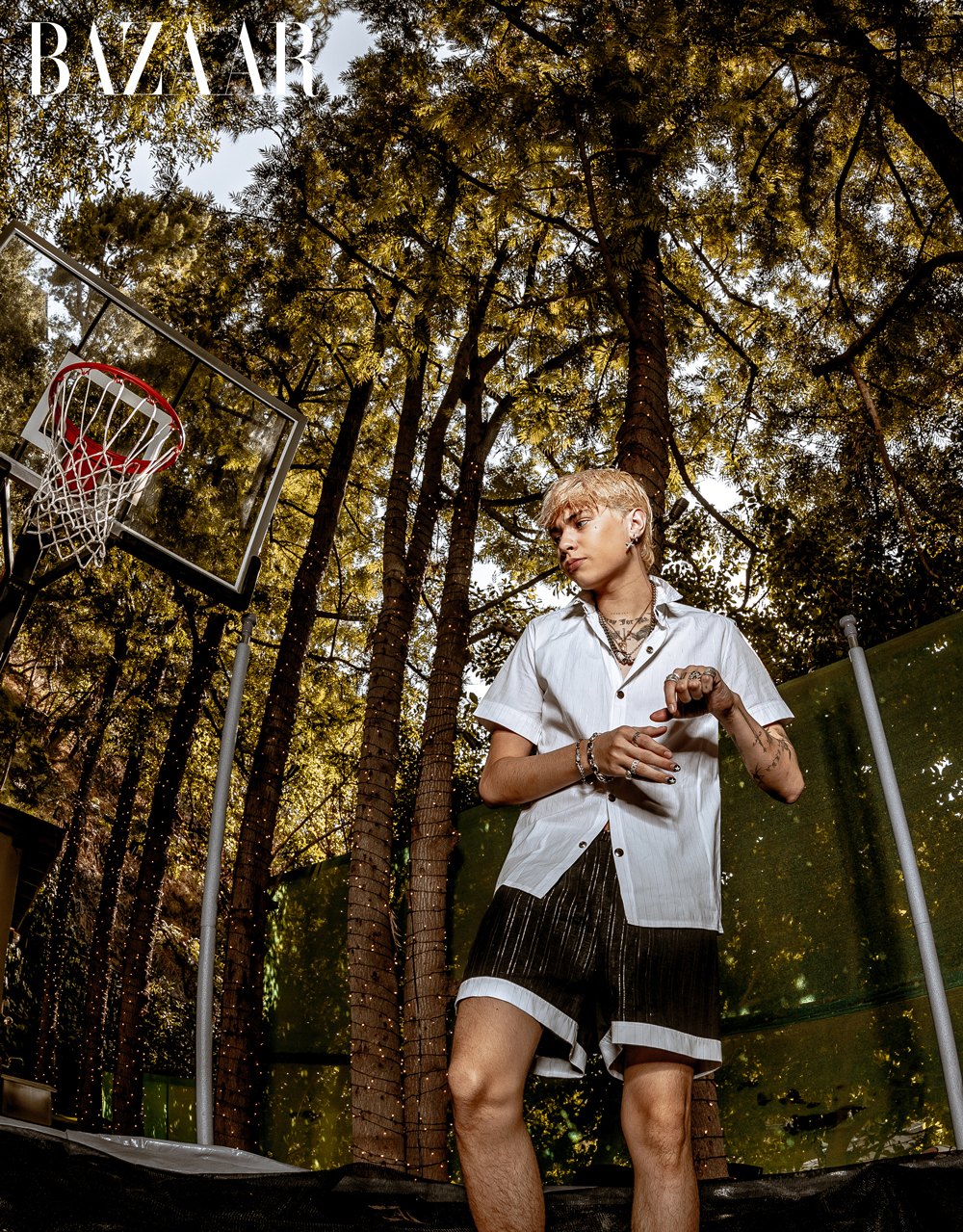 Talking about the collaboration with Machine Gun Kelly (MGK) for Die in California, a true testament to collaboration, friendship, and creativity. Landon revealed: “As a performer and creative in general, it has been inspiring. Being able to share the stage with MGK a couple times now, and reflecting on how the song came together has been a consistent source of inspiration for me”. To him, making music is more just putting out music. It is also Landon expressing his personal experiences, acknowledging things about himself and creating music with those he considers his good friends. 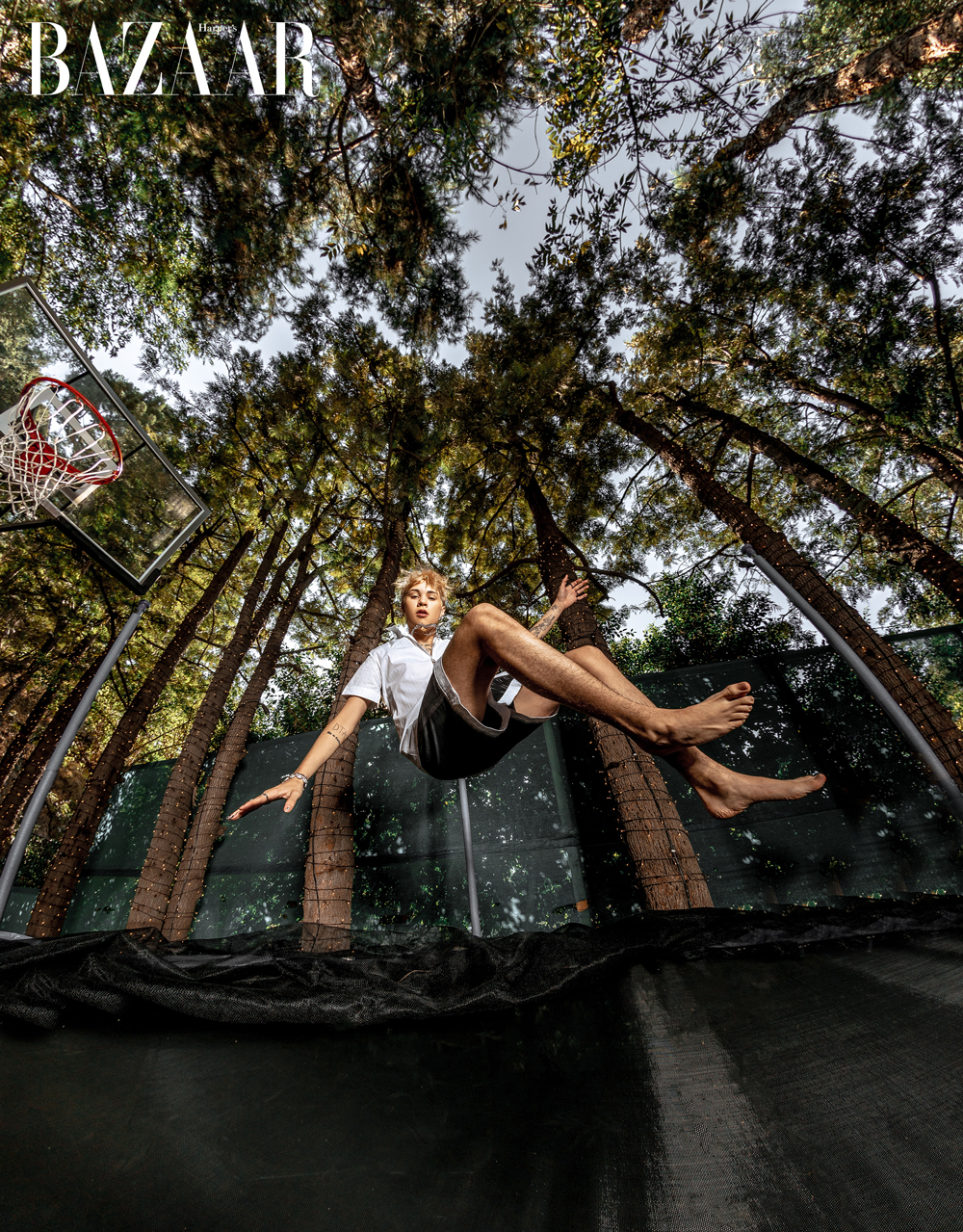 When listening to Die in California, it sounds like a very intimate song and chronicles a multitude of experiences about the challenges of fame. Being in the spotlight at a young age, Landon shares his navigation in the world of fame, while trying to balance as a teenager. “I just try to not pay any attention to negativity out there, and stick close to my family and friends”, he simply said.

Music runs deep in Landon’s family. It is not surprising that his father – Travis Baker, has always been his role model. Talking about his father admirably and respectfully, he explained: “Thanks to him, I realize what it is to pursue my passion, doing what it takes to achieve my dreams, but also  make time for my loved ones, and not take that time for granted “. He also mentioned his girlfriend – Charli d’Amelio, who constantly motivates Landon to be the best version of himself.

Balancing between the spotlight and the family

Besides music, mental health and wellness play a significant role in his life. It has always been important for him to stay balanced and spend quality time with loved ones. “I feel like there’s nothing better than doing fun things with those who put a smile on your face”, Landon admitted. Being closely with his family has helped him to define the true meaning of success. That is seeing his dreams come true and being able to share that with the ones he loves. 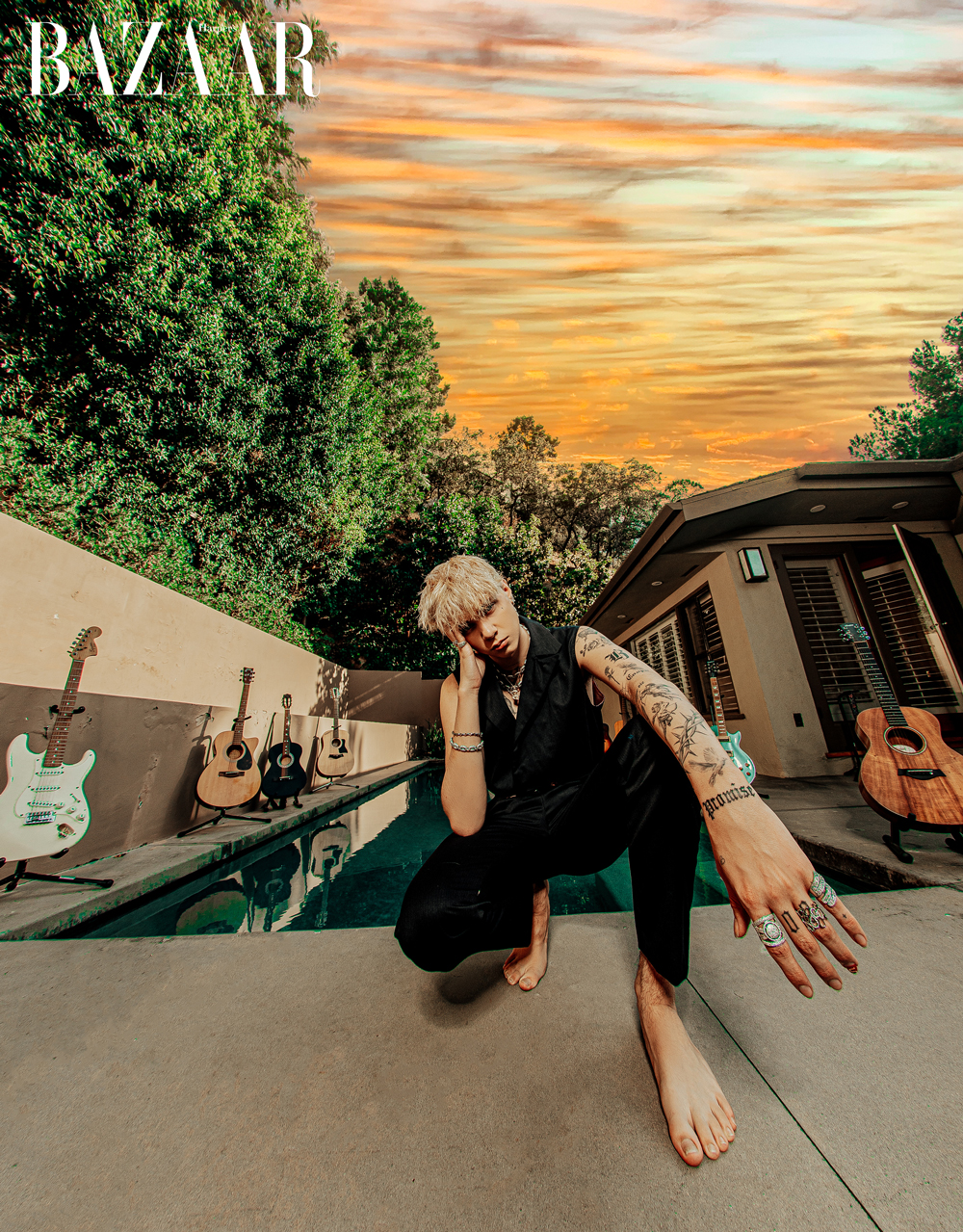 It’s no wonder Landon has been gained traction, since the release of Die in California, but his talent for a distinctive fashion style makes him a stand-out performer. Landon has partnered with many brands and his daily fashion style has been inspired by his music playlists. “Music and fashion are very similar, so when it comes to my fashion style, the music I listen to and my mood at that time influences what I wear”, he explained. When mentioning the designers, who have strongly influence on him, AMIRI, Dior and Balenciaga are his top three high end fashion designers.

At the end of interview with Harper’s Bazaar Vietnam, Landon Barker expressed his desire to discover, learn more about fashion inspirations from Asia and connect with Landon’s international fan community around the world.