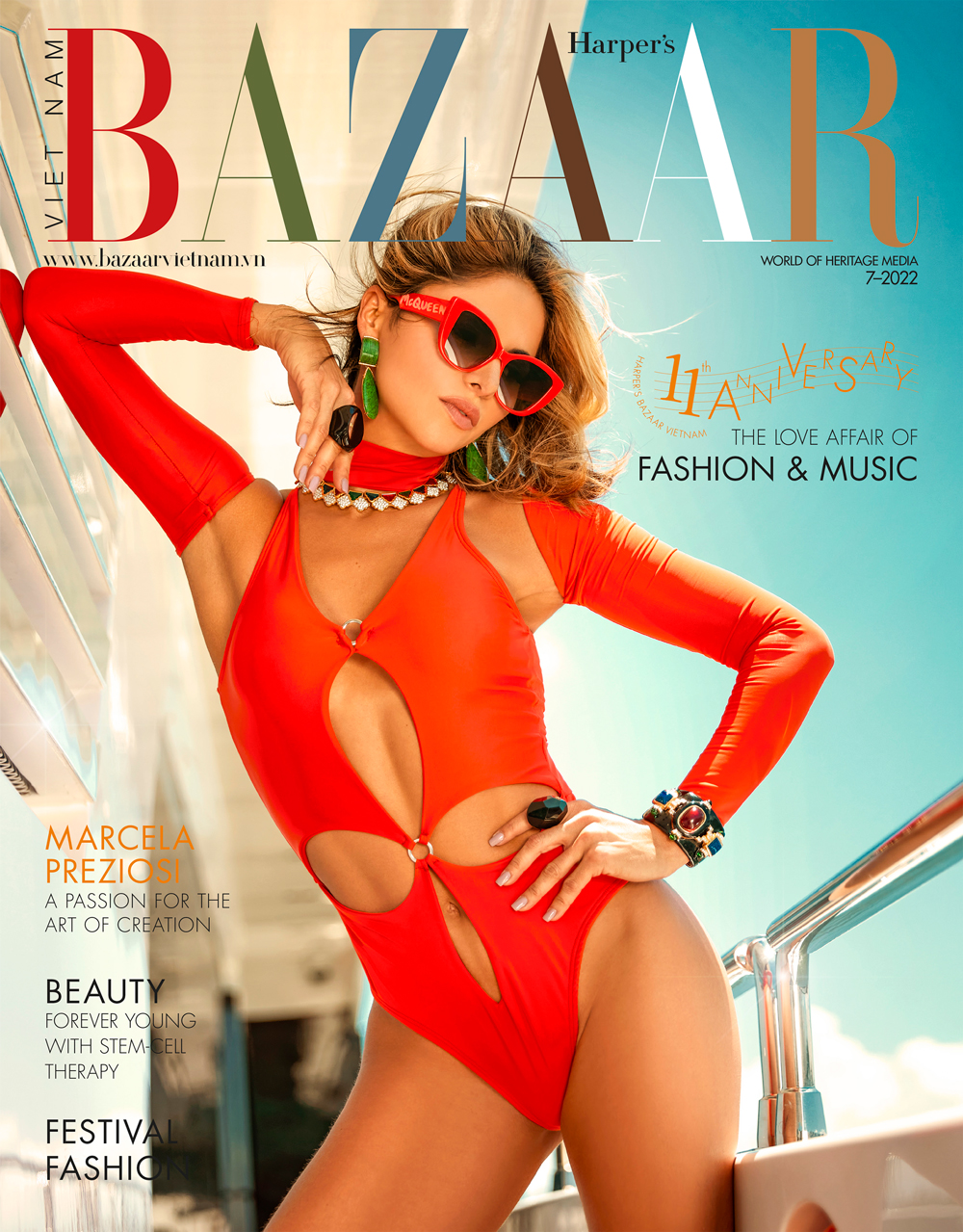 Marcela Preziosi was born in Neiva, Colombia. She told HBVN about her difficult childhood, “I lived in a village in the South of Colombia with few resources. For five years I lived a very strict life in a Catholic boarding school”. 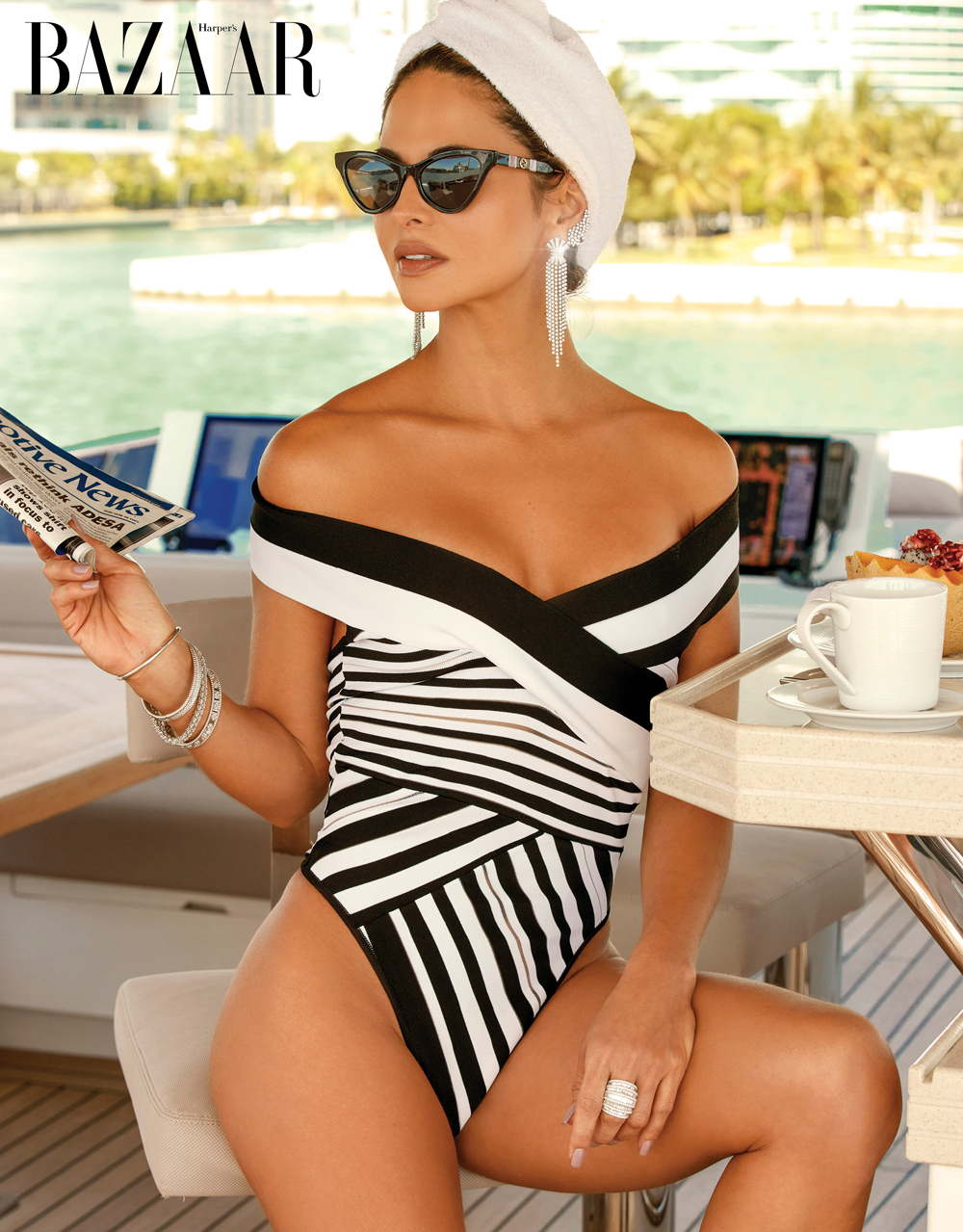 The convent school was helpful for Marcela Preziosi. She learned important values. Her favorite part was the daily two-hours period when she learned sewing and embroidery. Marcela Preziosi recalled, “The nuns taught me to draw and combine colors. We cut patterns and practiced embroidery on fine fabrics. Each girl from the sewing team had the opportunity to develop their own identity with cross-stitching.” Latin America has always been influenced by pageant culture. At the age of 12, Marcela was selected to learn the elaborate delicate trade of evening gown wear. The most creative designs were used by the beauty pageants. She became one of the team leaders due to her skills in fine needle, drawing, and pattern design, “We created fantasy dresses and long evening dresses for the contestants of the national pageant that takes place every year in my hometown of Neiva. We made each dress differently for each contestant in different cities.” 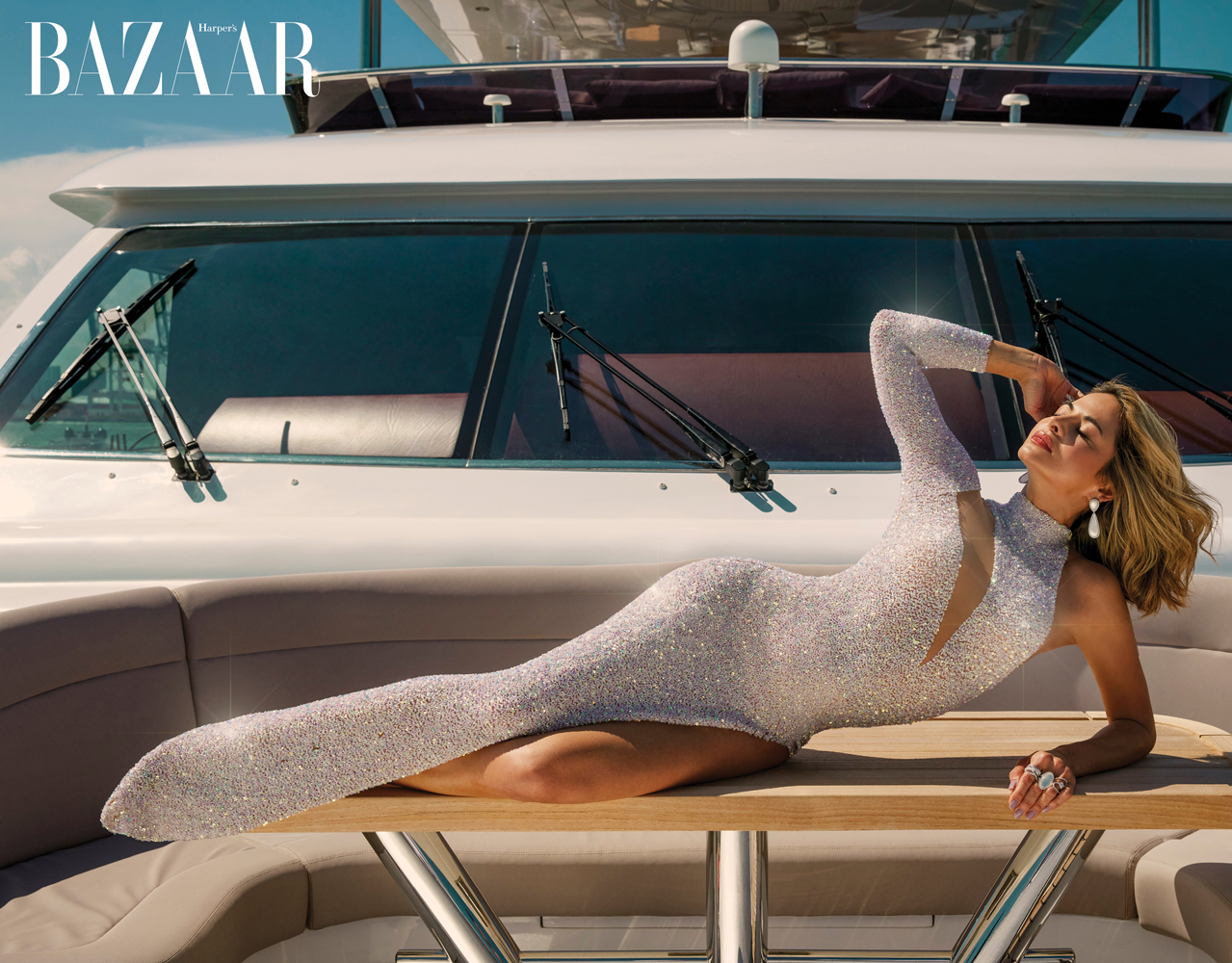 At 21, Marcela moved to London. While studying English, she began designing and making sophisticated yet affordable dresses and gowns for friends and club performers. She soon joined Gaiden Fashions of London, a company that specialized in high couture designs. With Gaiden Fashions, she had the opportunity to meet some of the most well-known women in London and attended some of the best fashion shows in Paris and in Italy. She started making dresses. She would buy jeans, rip them apart and recreate unique pieces for her customers. 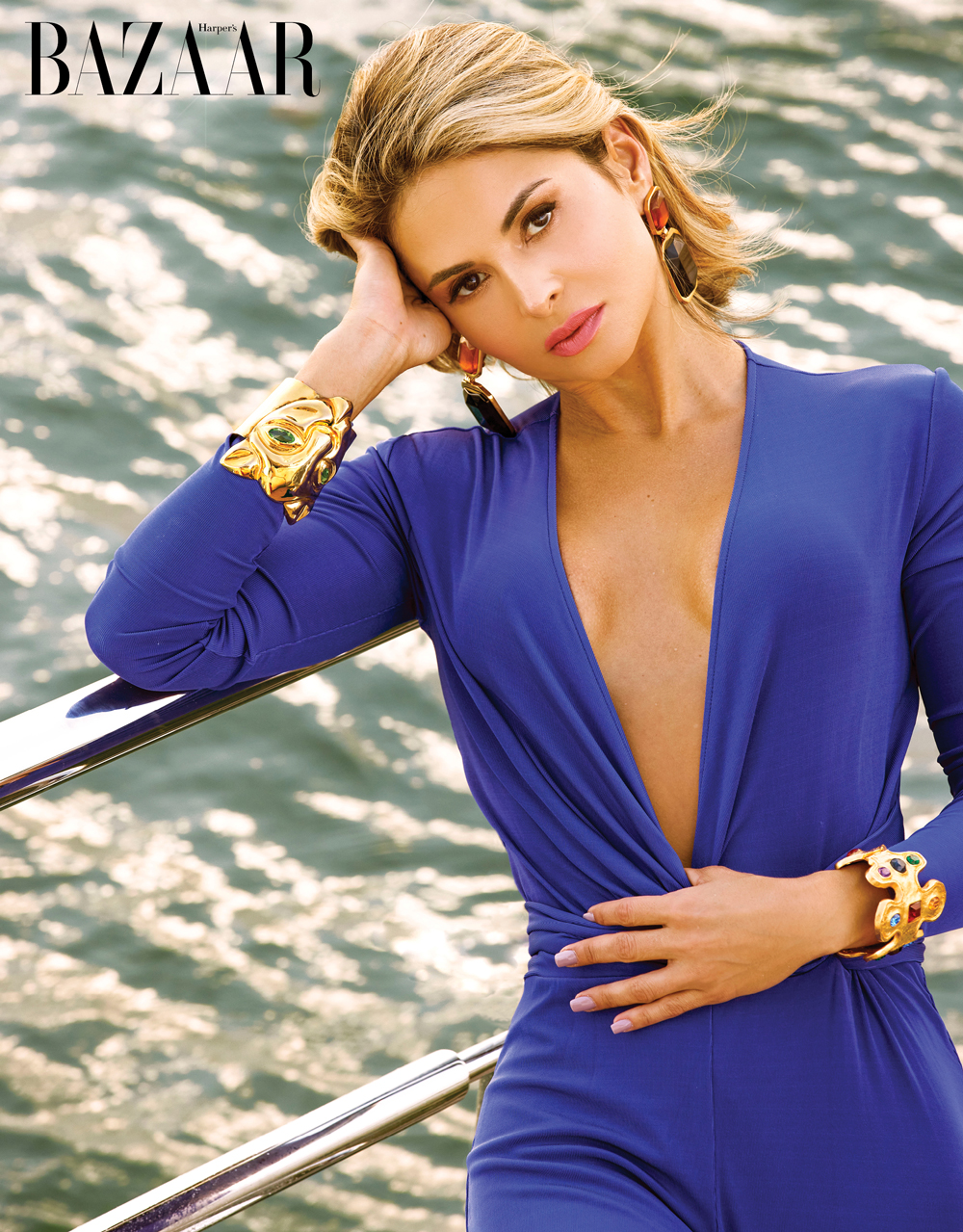 Founding her own brand

In 2010, Marcela Preziosi went back to Colombia to help her mother and started her brand, Marcela Greene. When she later moved to the United States, she settled down in Palm Beach and opened her store there. The opening of her flagship Maison de Couture in the prestigious shopping district of Worth Avenue in Palm Beach, Florida was a significant milestone in her life. “All of my designs were custom-made, one-of-a-kind gowns,” Marcela was proud. Depending on the complexity of the dress, its production could take from 15 days to a month. 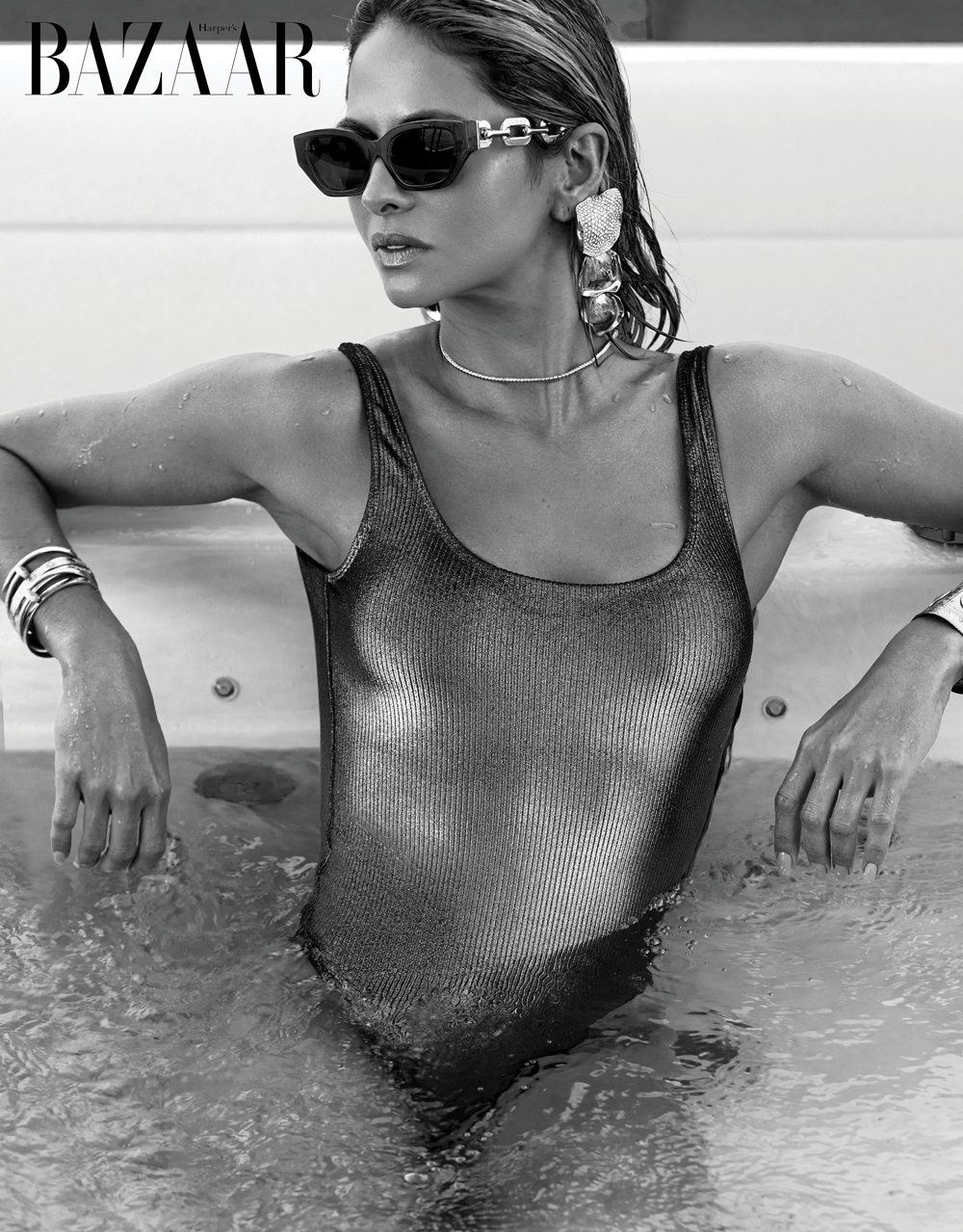 Marcela Preziosi opened a retail store, The Backroom Bogota, in Bogota, Colombia at the beginning of 2014.

The Backroom Bogota was a concept store in which 30 emerging Colombian designers exhibited and sold their creations. “I really enjoyed this. Each designer had their own space in the store. Many of them went on to become very well-known fashion designers,” she explained. Marcela has expanded to e-commerce during the pandemic period. For her, online sale is the future.