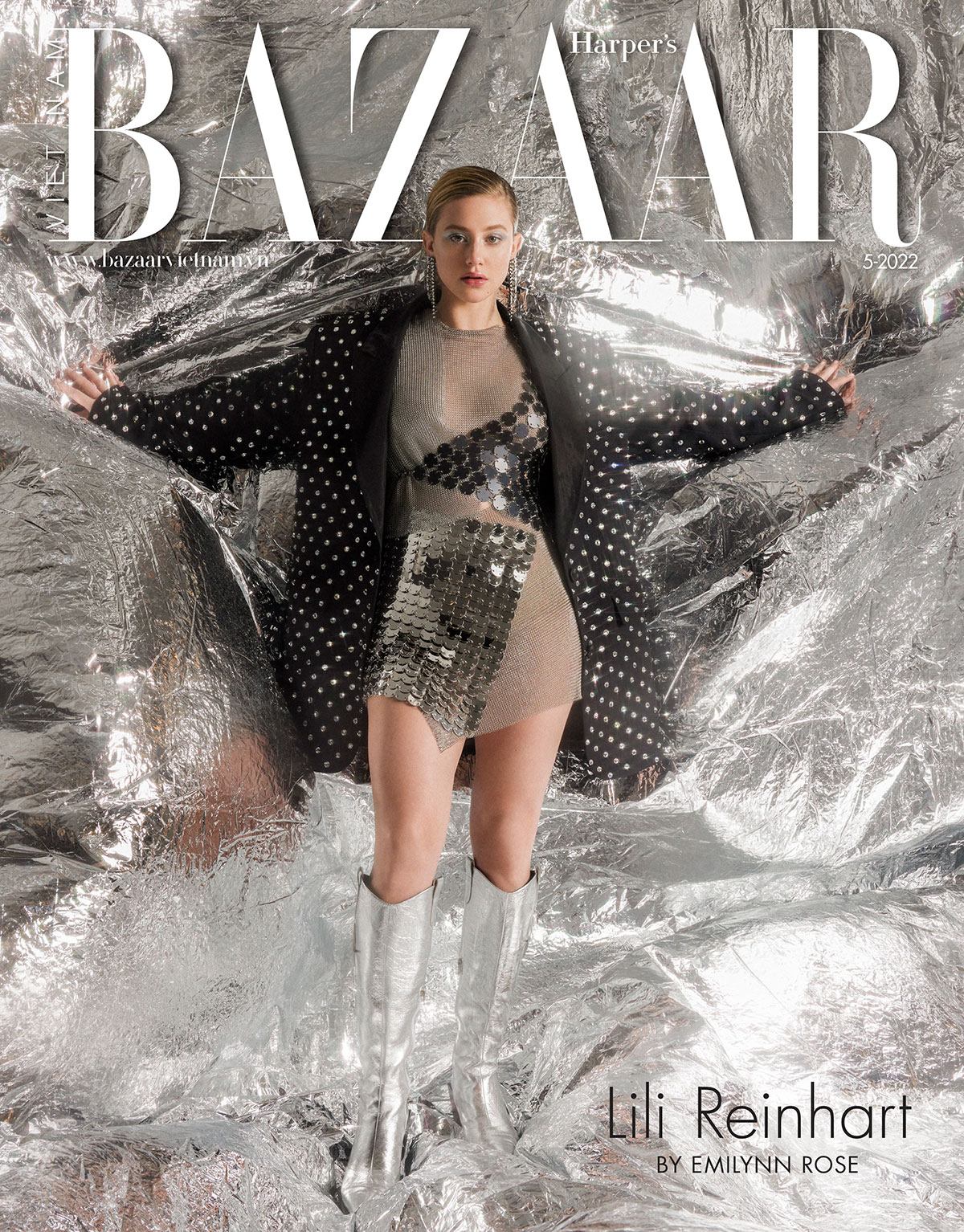 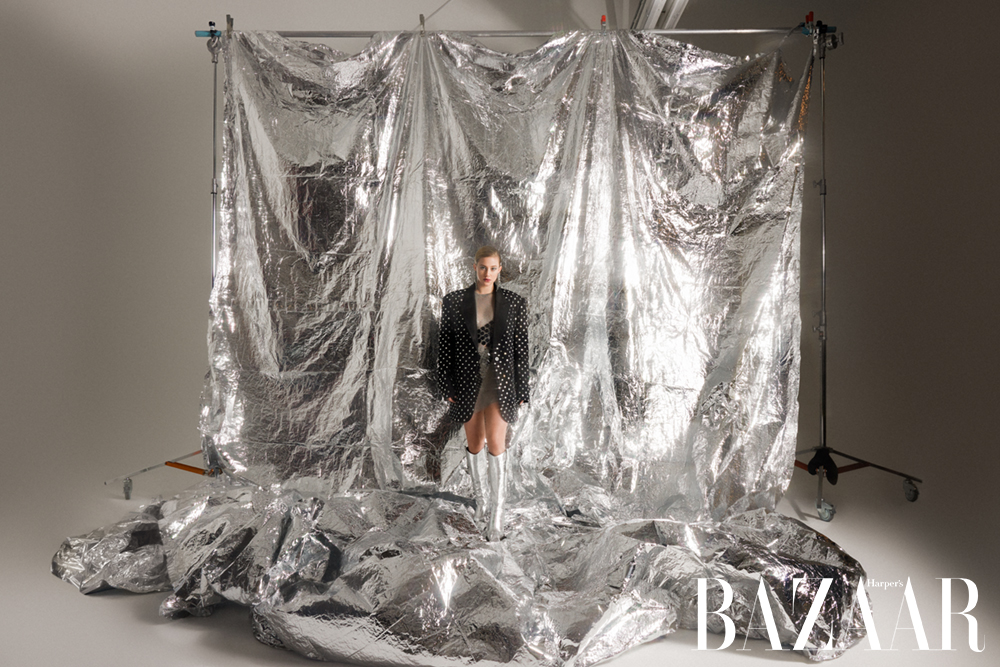 Since 10 years old, Reinhart has already loved singing, acting, and dancing. The Ohio native often asked her mom to drive her to New York City for auditions.

At the age of 18, she moved from Ohio to Los Angeles to pursue acting. But the 18-year-old almost gave up after five months. “Moving to LA alone at 18 was very hard. At one point, I had such a bad panic attack, I knew I needed to go home. I wasn’t mentally well and I didn’t want to keep pushing myself and get any worse.”

She made the decision to move back home, save money “so I could go back [to LA] eventually.” At that time, Reinhart didn’t really have a plan B or another option. “There were just some obstacles in the way that I needed to overcome and with the love and support of my family and friends, I was able to.”

Acting is like a muscle that needs to be exercised 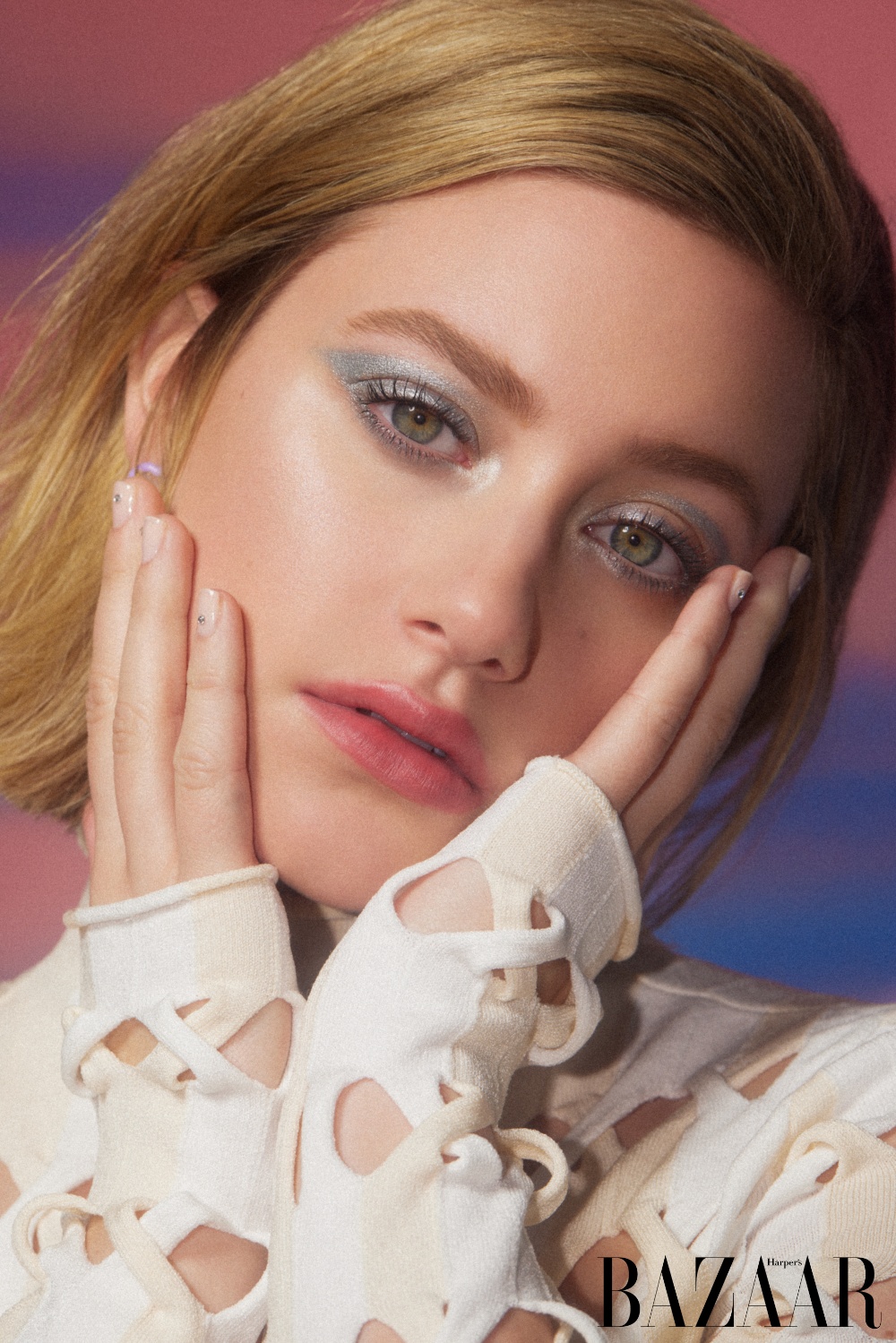 Remembering her time with Riverdale, the German and French descent actress recalls:

“I’ve learned an incredible amount from this show (Riverdale). It’s allowed me to appreciate the village of humans it takes to put together these episodes. So much time and effort goes into every shot, if only people knew.

I’ve also grown as an actor. I think acting is like a muscle that needs to be exercised, and I’m fortunate enough to have had a job for the last 6 years where I’m constantly putting my acting abilities to the test… playing out scenarios that would never happen in real life.” 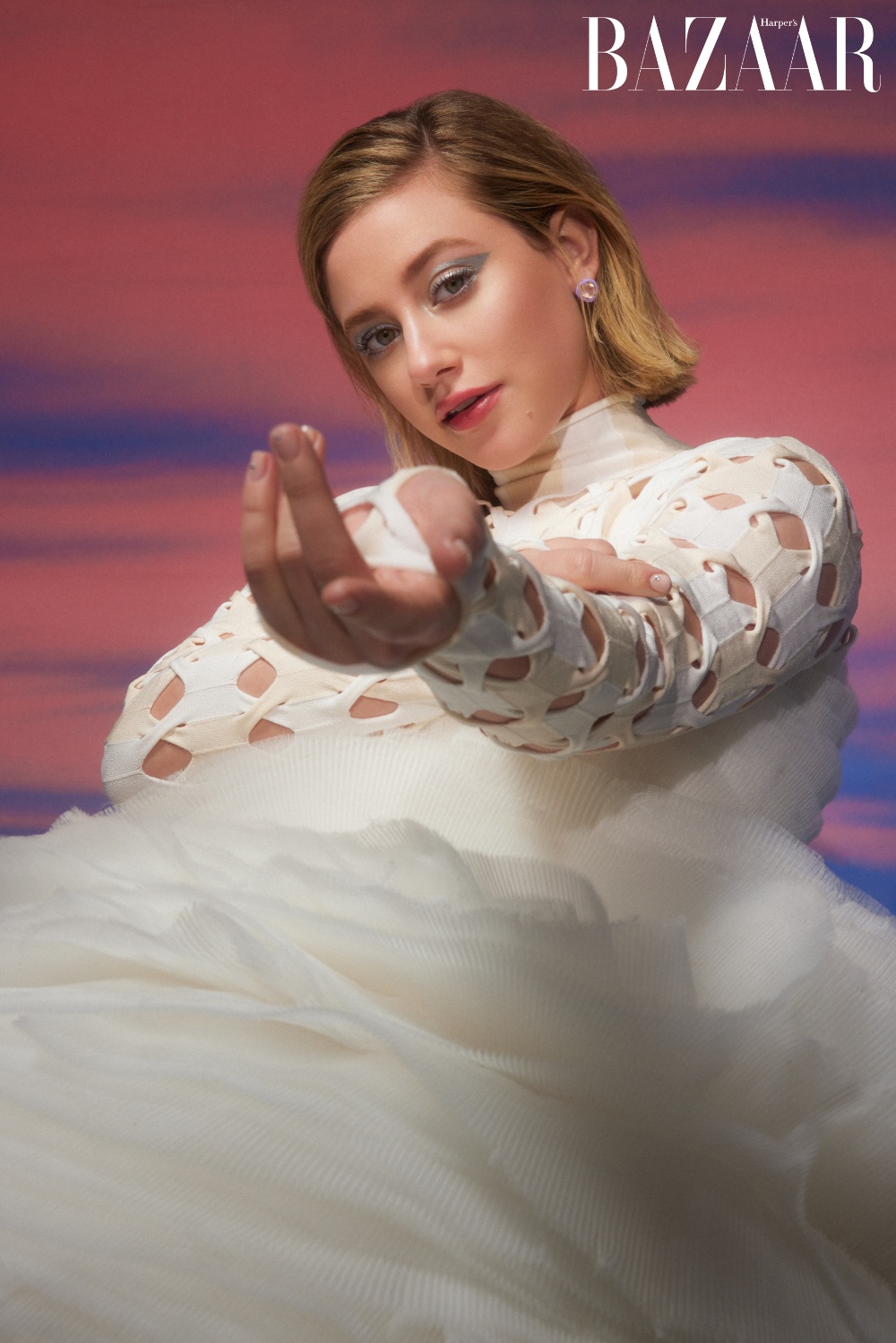 Reinhart cherished Riverdale from the very first day of shooting.

“I think back to our first musical episode of Carrie— we were all dancing and singing around a circle of chairs, and it was either Casey or KJ who fell backwards onto the ground and it made it onto our season 3 blooper reel. We always have so much fun when we all work together, and we like to laugh at each other when we’re singing and dancing. It was a great day. Everyone in the cast makes me laugh. I’m lucky to be surrounded by such funny people everyday.” 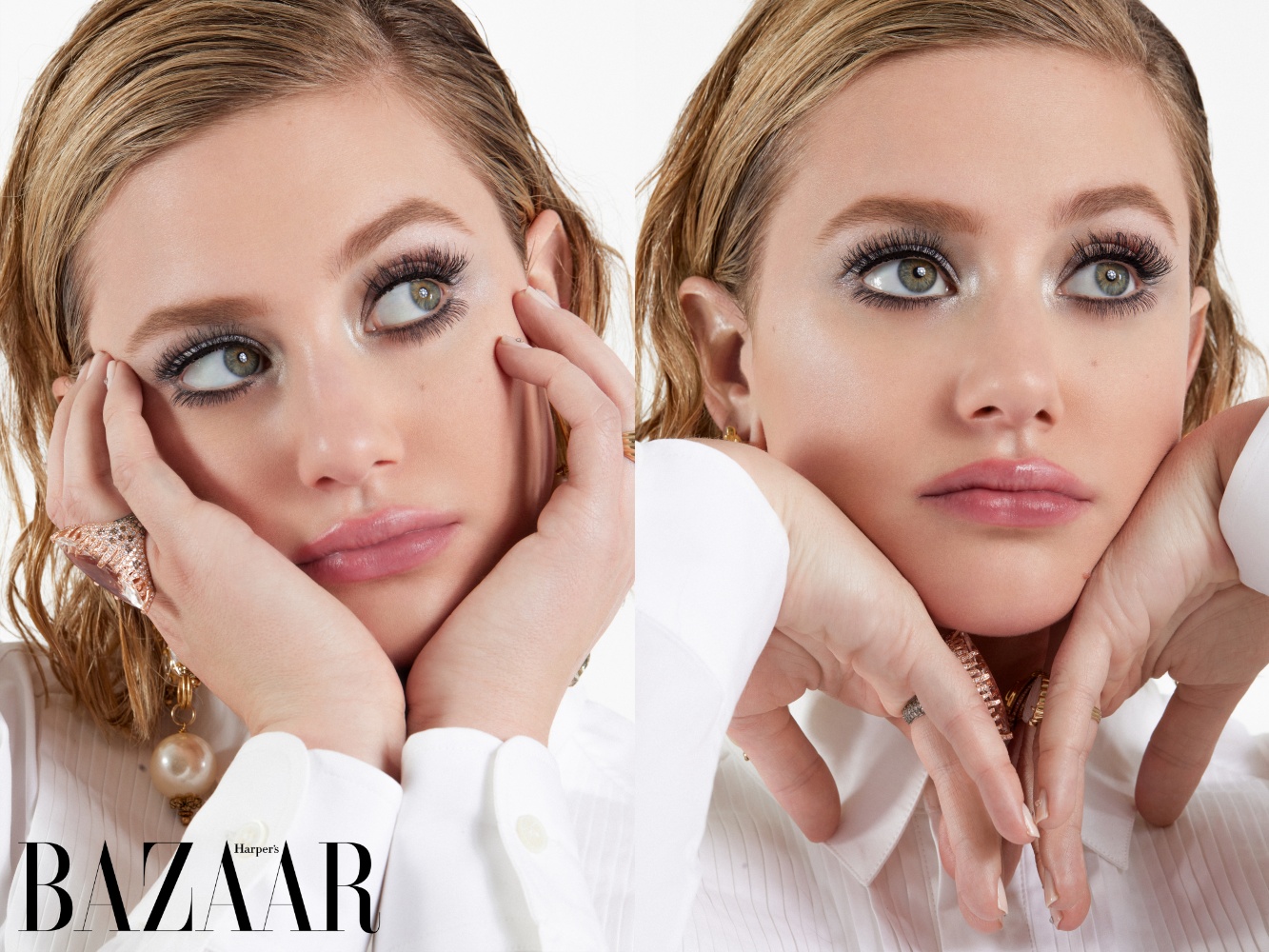 True to her words, Reinhart “exercised her muscle” by taking on many different roles.

After Riverdale, Reinhart joined the cast of Lorene Scafaria’s Hustlers in March 2019. In this feminist hit, she appeared alongside Jennifer Lopez, Constance Wu and Julia Stiles. Reinhart played Annabelle, a former stripper who joins in drugging and robbing their clientele.

The same year, Lili Reinhart became female lead of Amazon Studios’ romantic drama film Chemical Hearts, in which she was both the star and executive producer. In Chemical Hearts, Reinhart played the transfer student Grace, who is assigned to co-edit her high school’s newspaper alongside Henry.

Chemical Hearts and Hustlers were nothing like the average teen drama love story like Riverdale. Both were about dark times in life that require a strong will to rise above. And Reinhart really loved playing Grace.

“I was sad to say goodbye to her. She was a melancholy girl with a heavy heart, and in many ways my teenage-self could relate to her.

Heartache is a universal relatable thing, whether it’s happening for a grieving teenager or an adult. I channeled a lot of my own experience with heartache into that role, so it was very emotional for me on and off screen. But I wouldn’t change a thing about it— it was a beautiful process and I am so proud of how the film turned out.” Beside acting career, the 26-year-old stepped out of her comfort zone and into a new space. Now she also takes on producing and writing.

She loves being a producer. To Reinhart, being a part of something from start to finish is so gratifying. It’s what led the actress to starting her own production company, Small Victory Productions. “So I could continue producing my own films”, Reinhart says. 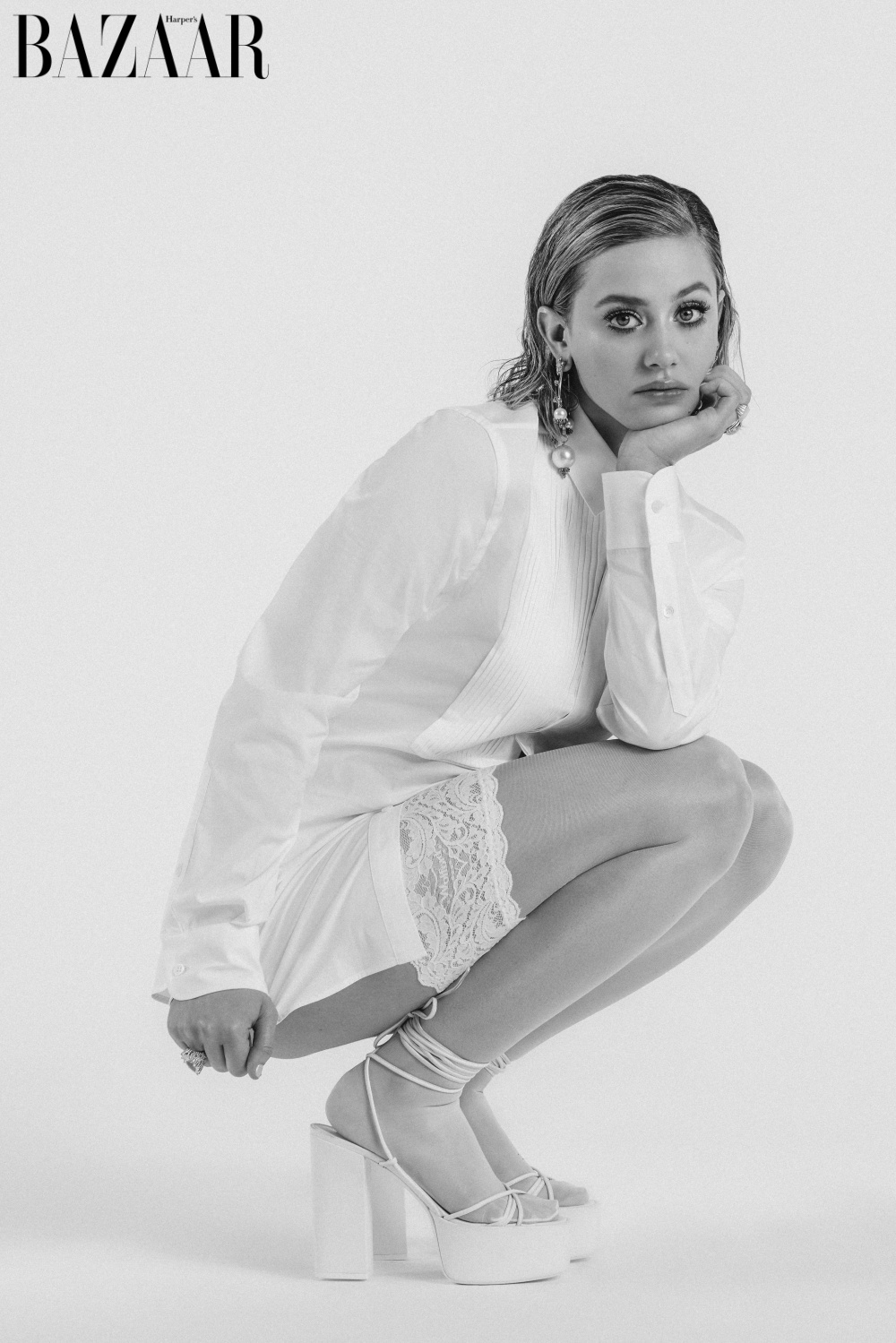 Other than producing, Lili Reinhart also dabbles in writing. In 2020, she released Swimming Lessons: Poems to great reviews. People have said her work has “helped them become much more confident”.

Being a successful actress meant that Lili Reinhart often come into contact with those who want to dig deeper into her personal life. But she prefers to not flaunt a Hollywood lifestyle. Instead, she hopes that her stories in Swimming Lessons: Poems could touch and connect with people on a personal level.

Mental health is an issue Reinhart has been vocal about. Suffering from anxiety when growing up, Reinhart wanted to help people feel less alone. “Other people out there with hearts like mine who felt a little lost or unloved. I wanted my book to bring comfort to whoever was reading it, even if it was just for a moment.”

Writing is a huge part of self discovery for Reinhart. That is how she processes and gathers her thoughts. “I like to put them down on paper”. So that one day, she could look back on her old journals and see how much she have grown. “Writing has become a way of tracking my growth – including my poetry – seeing the shift in my earlier poems to what I’m writing now. It’s interesting to see”. 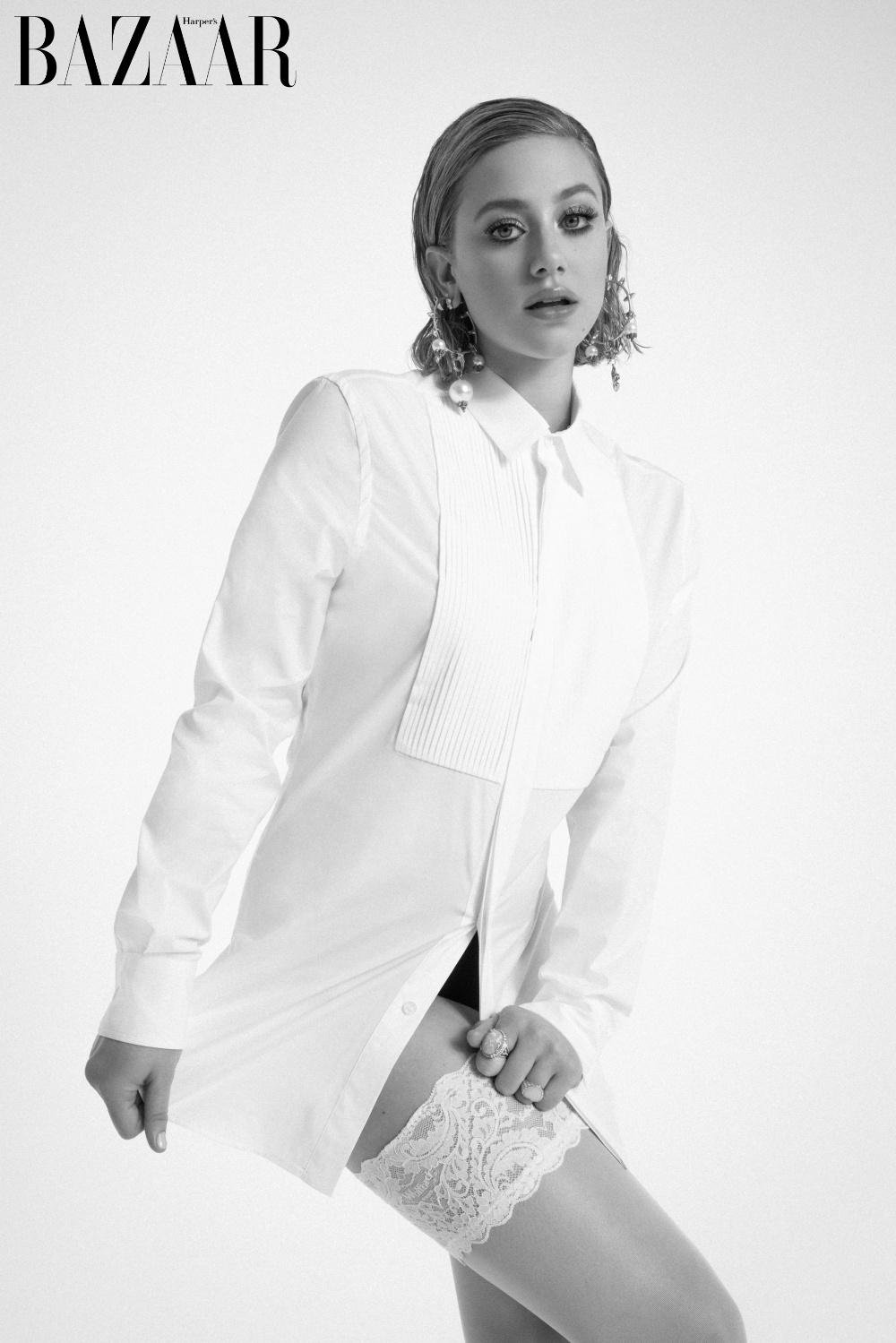 How doe Lili Reinhart keep her focus and drive? The Riverdale star says she recharges her mind with music and traveling. “I took a solo trip to Mount Shasta, California, and I wrote a lot there. Peaceful environments usually spark some words in my head that I jot down onto my phone, to later turn into a poem.”

The actress describes her Instagram account as “a safe space for body positivity and mental health awareness/acceptance”, a source of happiness and positivity. Smile a lot and live life to the fullest – such lifestyle is what Reinhart wants to share with her followers.

Those three words are what the Hollywood star used to describe herself. 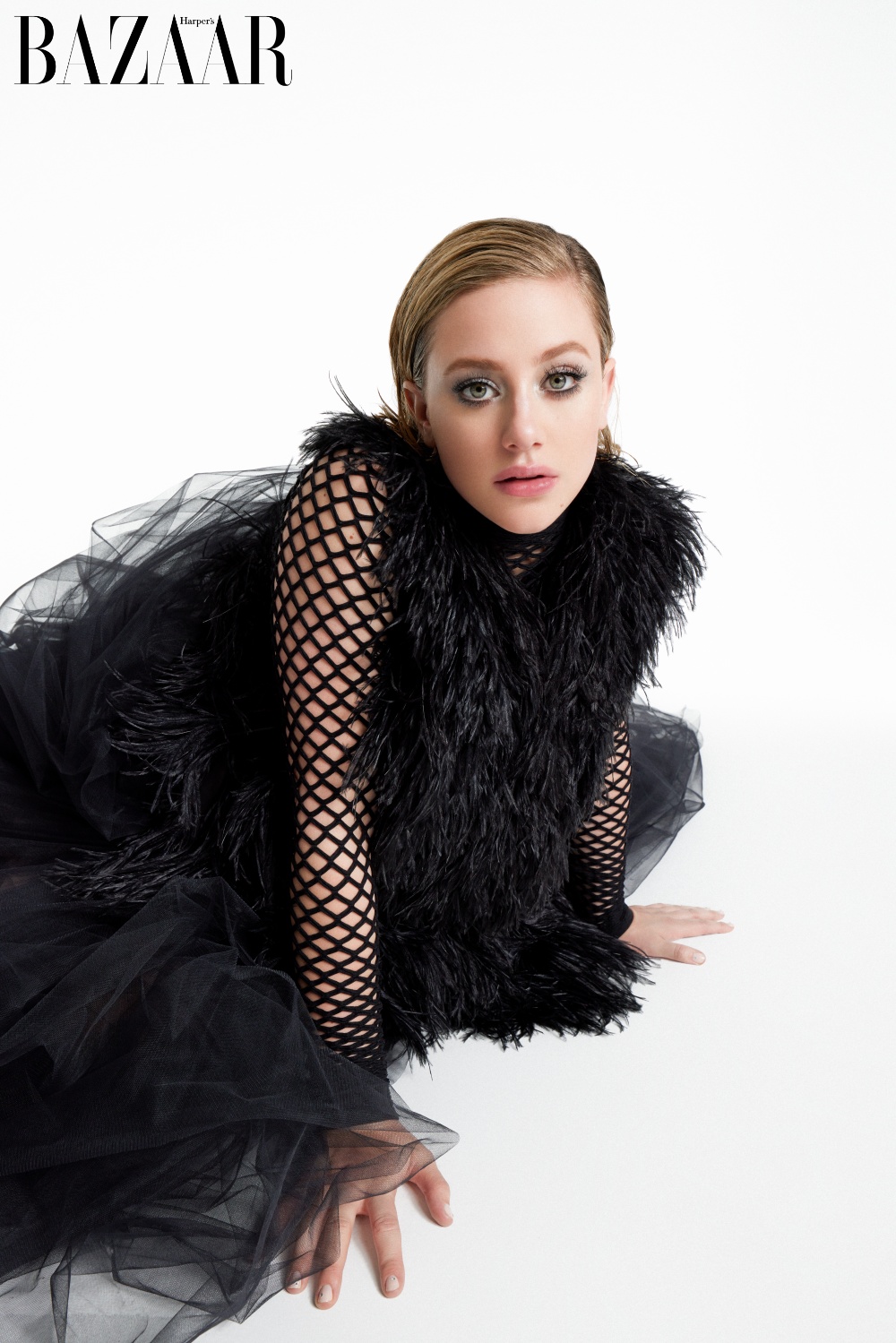 There are many different sides of Lili Reinhart that fans don’t see. Off-screen, Reinhart is a true America’s sweetheart. Her golden hair, round eyes and gorgeous smile caught everyone’s eye.

The CoverGirl makeup ambassador shares with us her beauty tips: “Good-looking makeup starts with healthy skin. I take excellent care of my skin so my makeup looks the best it can on set every day.” When off work, Reinhart tries to let her skin breathe and take a break from makeup. But sunscreen is a must. 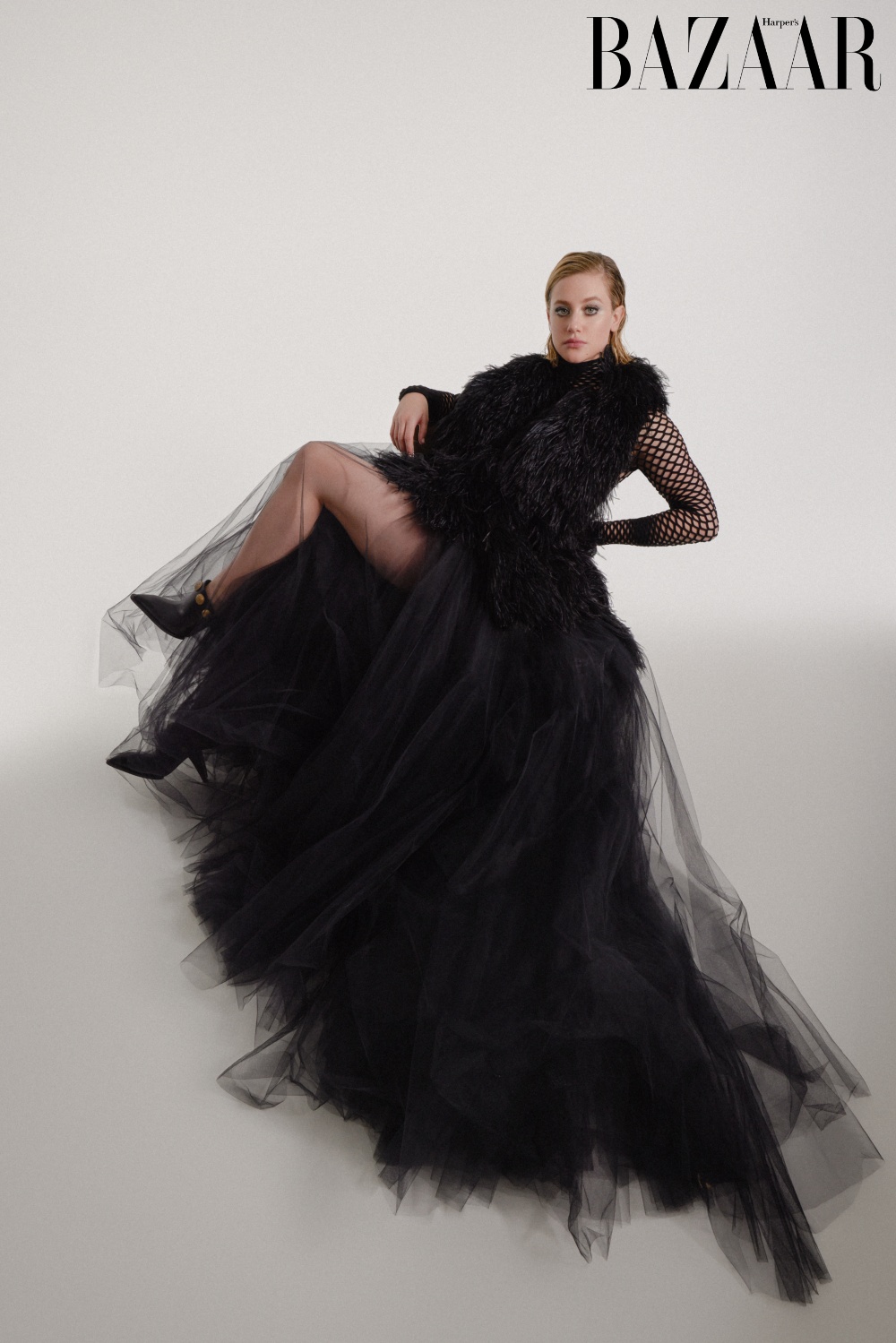 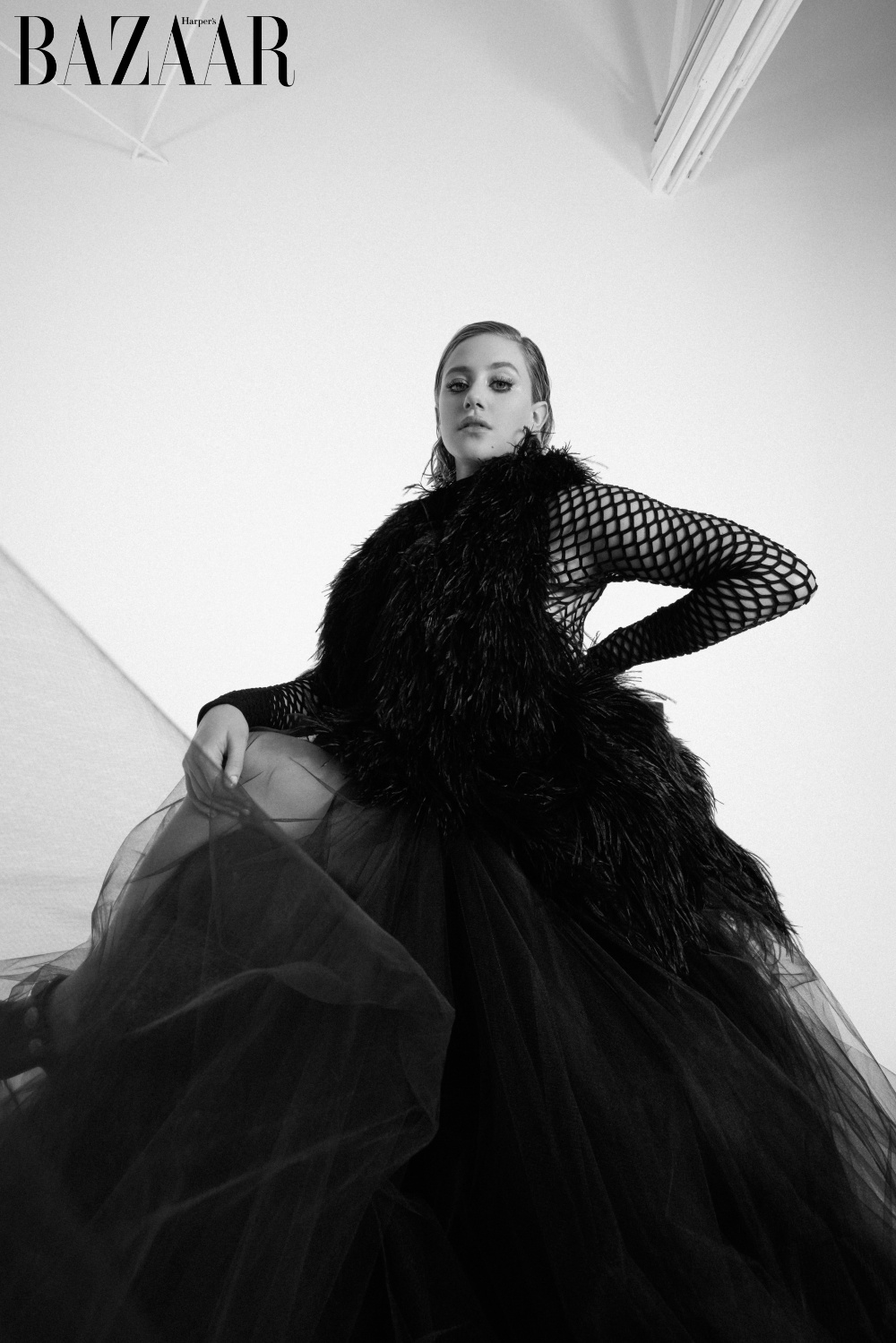 “I’m currently developing at my production company”, Reinharts reveals. She has a few projects min mind. Most of them will start shooting next year when Riverdale season 7 wraps. “I can’t say anything about them now, but I am so excited to continue making movies”.

Also, her Netflix film PLUS MINUS is scheduled to come out early 2023, as of right now. “It’s such a fun, heart-warming movie. I know my fans will really enjoy it”, Reinhart told us at the end of the conversation. 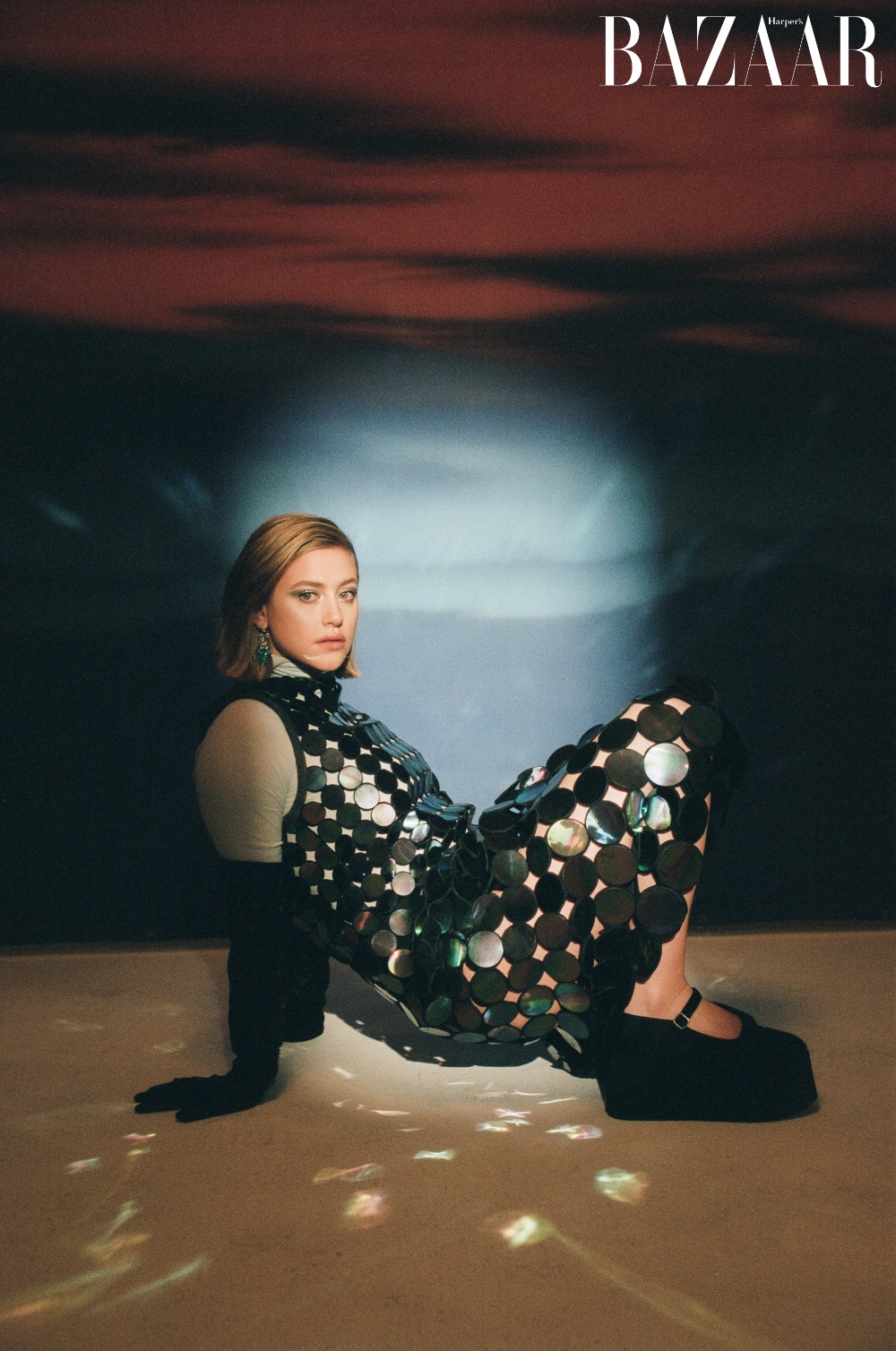 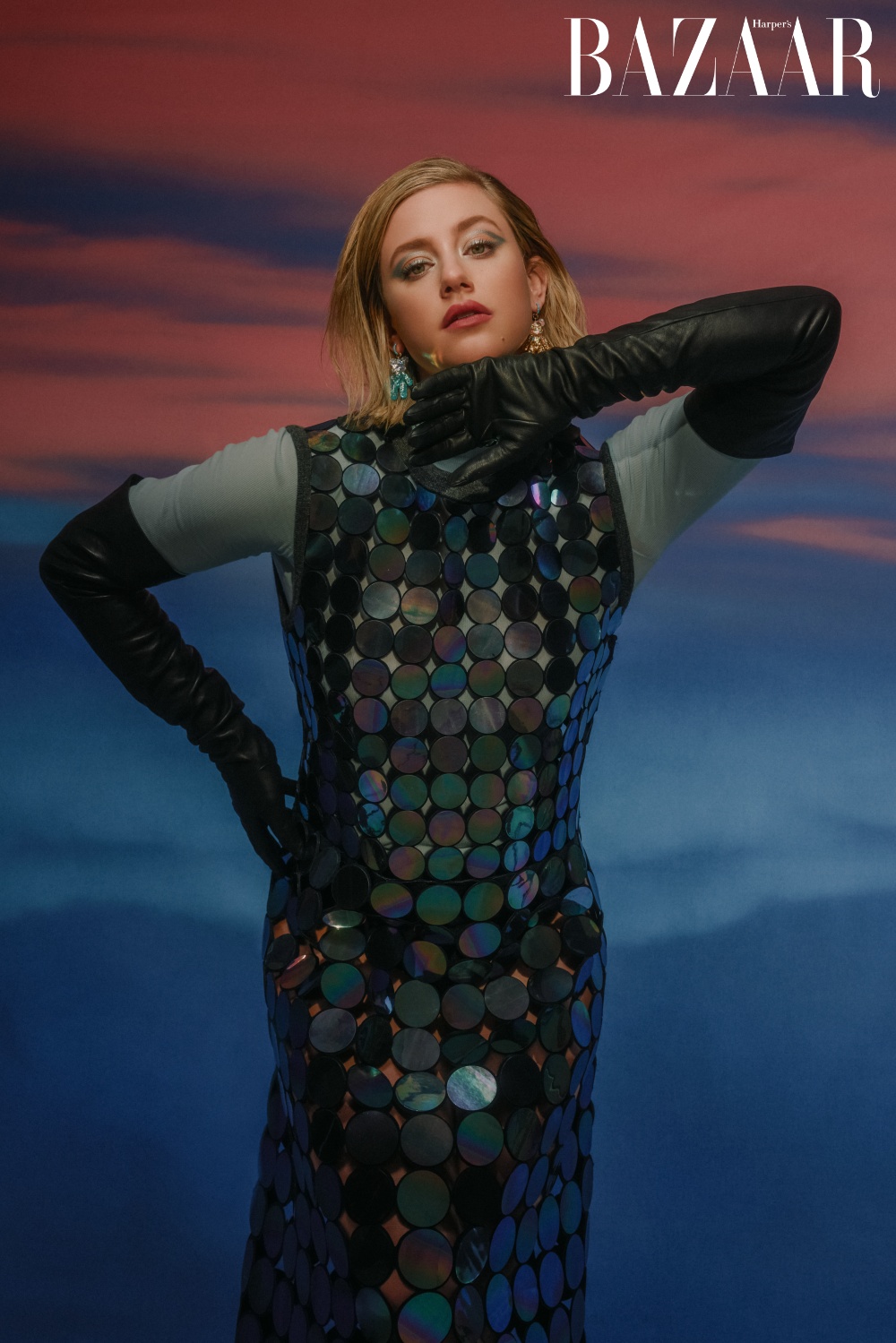 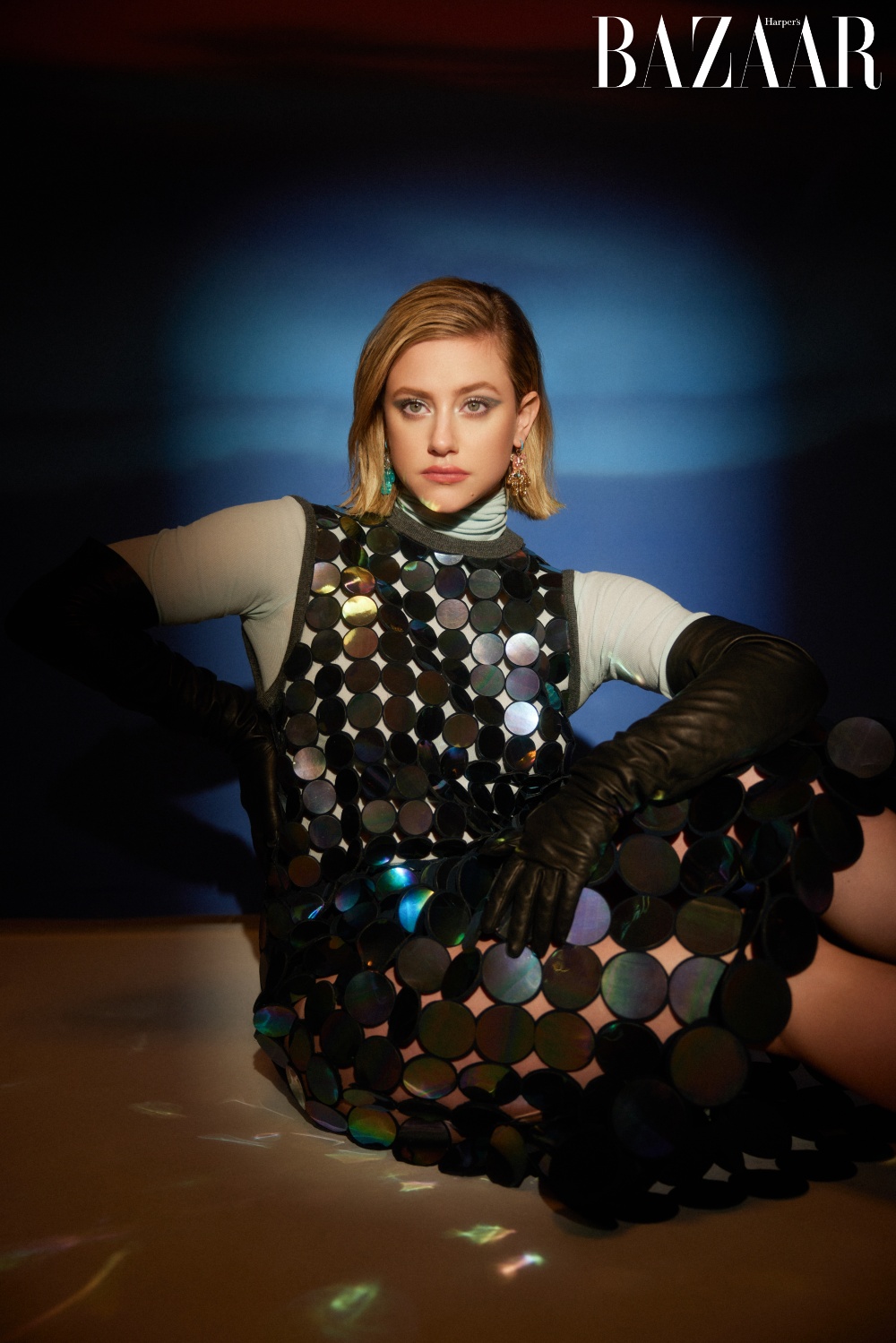 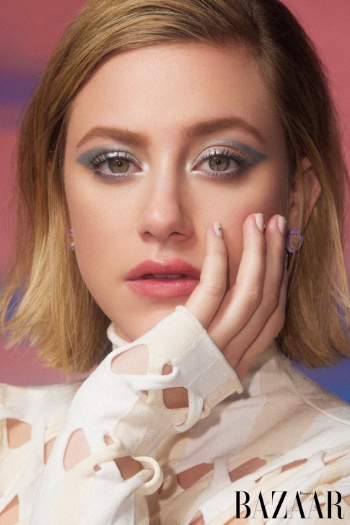