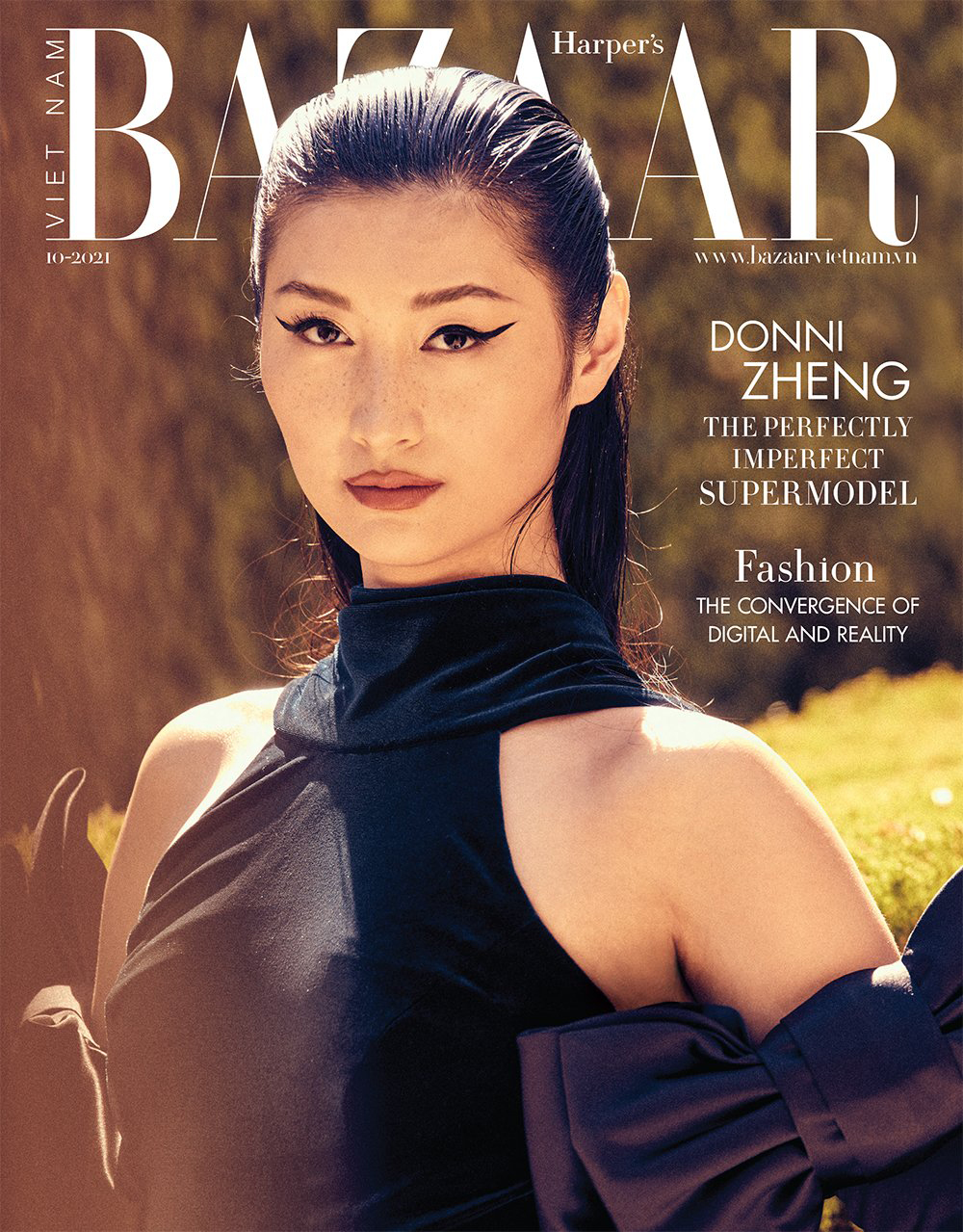 Donni Zheng is adopting a unique approach to the fashion industry. She has created a Healthy Fashion Movement which has helped millions of women from over 14 countries end body shaming, prevent eating disorders, and continues to empower women to achieve their full potential. Donni is living proof that a healthy and natural beauty standard has become the new fashion trend.

Her presence as a mid-size supermodel demonstrates that a healthy natural beauty standard is becoming a new fashion trend; and is advancing the concept of inclusive fashion. Donni Zheng, calls on everyone to own their bodies and be proud of their own Healthy Natural Beauty and seeks to define beauty standards based on health, not on size.

Donni’s mission is to redefine beauty based on health, help prevent eating disorders; and empower women to own their bodies and achieve their full potential through media, health education, and lifestyle consulting. 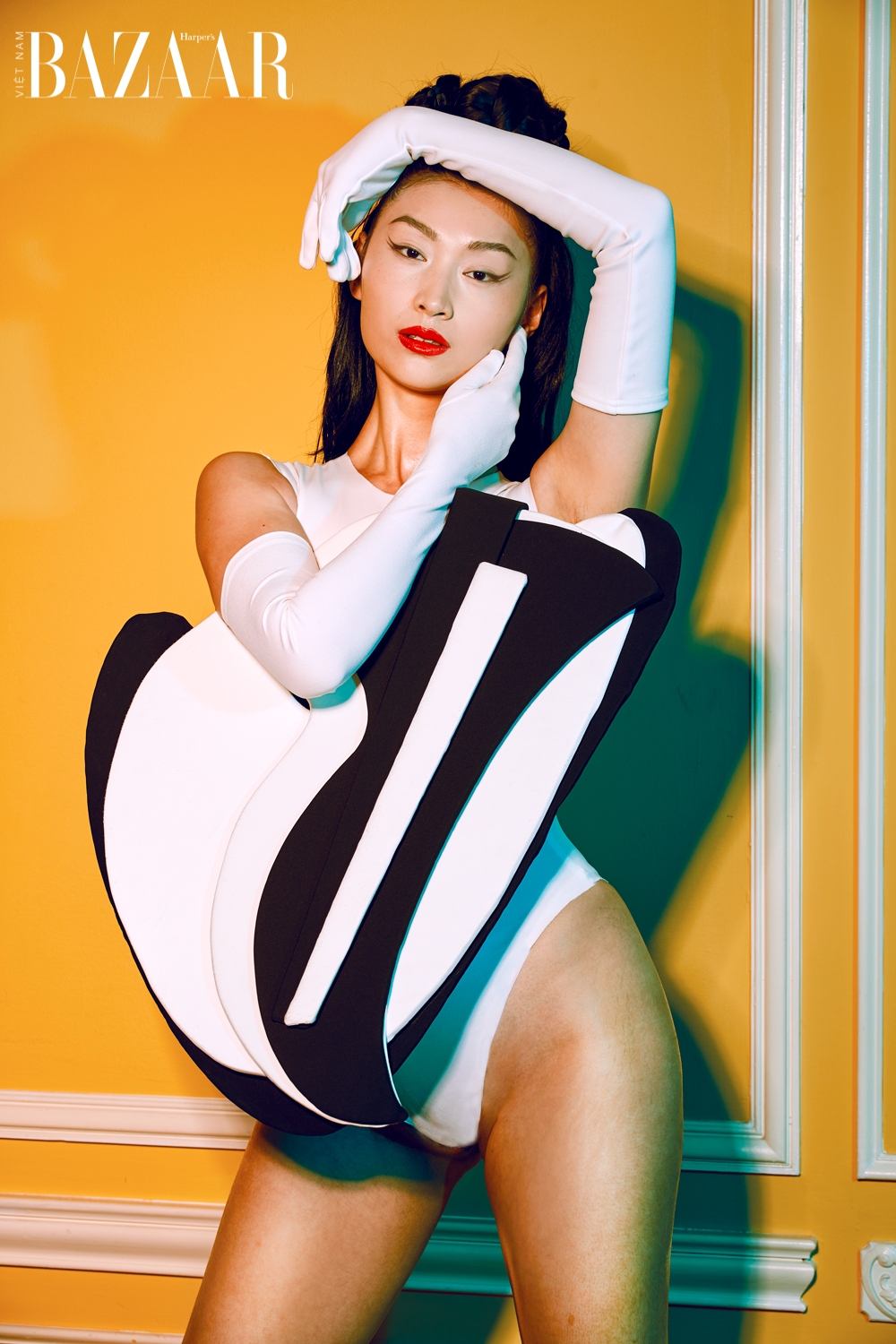 “Unlike any traditional model who has a perfect standardized figure and signs with an agency at a very young age, my route was completely different. When I was at school, I was a health researcher and didn’t seriously consider being a runway model until I reached an older age, a point at which most models would consider retirement. This unusual decision was actually driven by my mission of rescuing women from the fear of being imperfect”.

Every day, women are bombarded by those perfect images on social media, and countless advertisements telling us what a perfect face and perfect body should look like. Like most girls, Donni lived as a victim of these perfect beauty ideals and advertising campaigns. She said:

“I would avoid meeting people if I wore no makeup, in fear of showing the imperfect me. I even personally struggled with eating disorders for years since high school, which almost destroyed my whole self-empowerment system because of that deep self-doubt. So I know how dark it is for so many young people who are still suffering by trying to fit into the current beauty standards”.

But things changed when she learned that the current beauty standards had caused eating disorders in over 40-million people. Can you imagine that a 14-year-old girl would starve herself just to try to look like models and celebrities in photoshopped magazines? Donni realized that this is not merely an issue that affects only her but also a societal issue and even a public health crisis. That was the moment when she decided to make a difference. 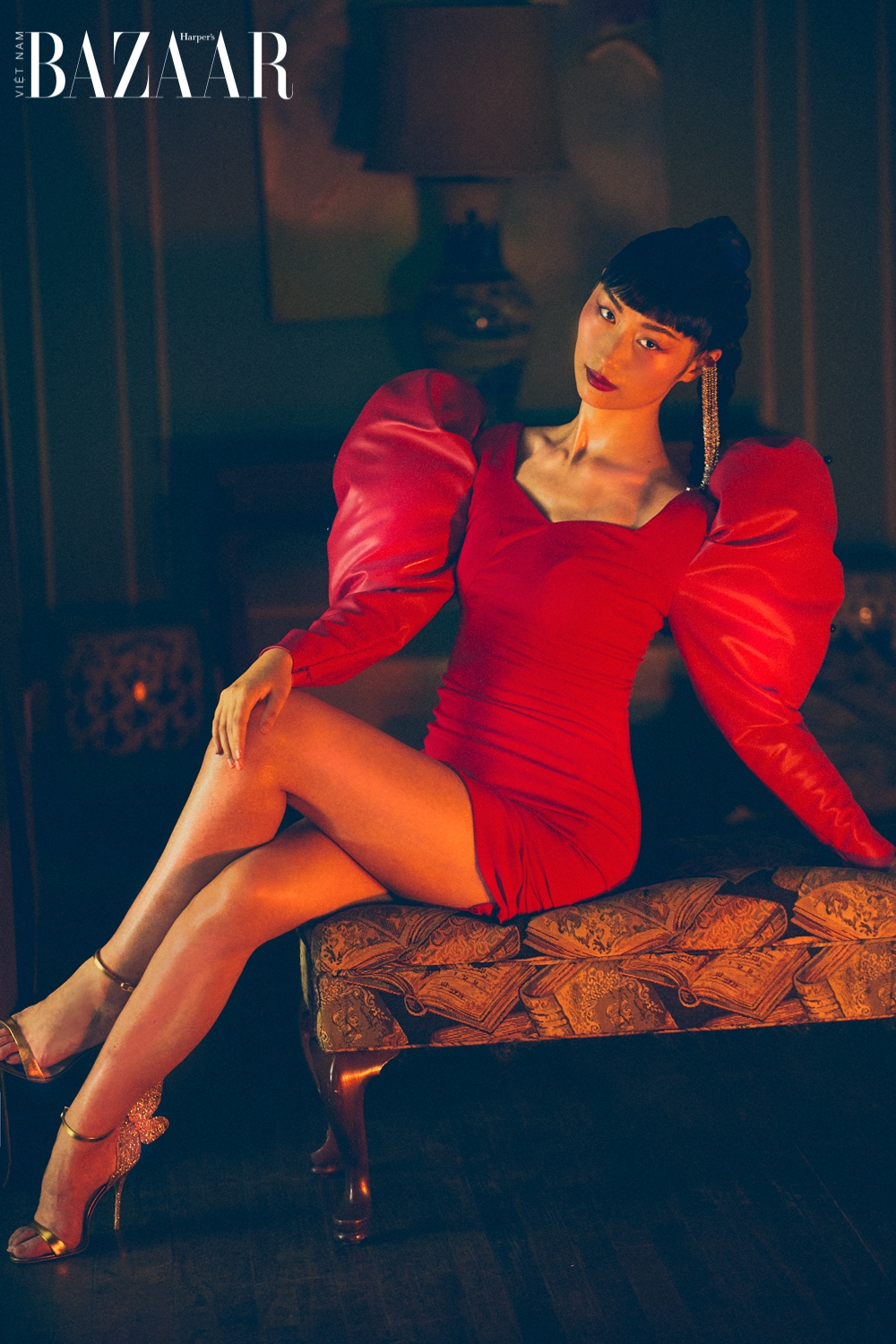 “Just believe in yourself”

Donni believes that she might be the only one on the planet who not only has expertise in public health but also happens to have first-hand knowledge of the real facts behind those perfect images, she believes this is what God created her for. So she was committed to devoting herself to solving this problem. She decided to fill the gap by becoming the first mid-size model and potentially set herself as a role model.

“I hope to show how God naturally created us to be, how our healthy figures and natural boobs actually look, and send a message of assurance that “You don’t need another surgery to look perfect – all you need is the courage just to be yourself.”

She hopes each step she walks on the Runway could declare that a healthy natural beauty standard is gradually becoming a new fashion trend, empowering women to own their bodies and to achieve their full potential. Powerful women own their imperfections, and that’s what makes everyone so perfect. That’s what drives her to be the perfectly imperfect supermodel. 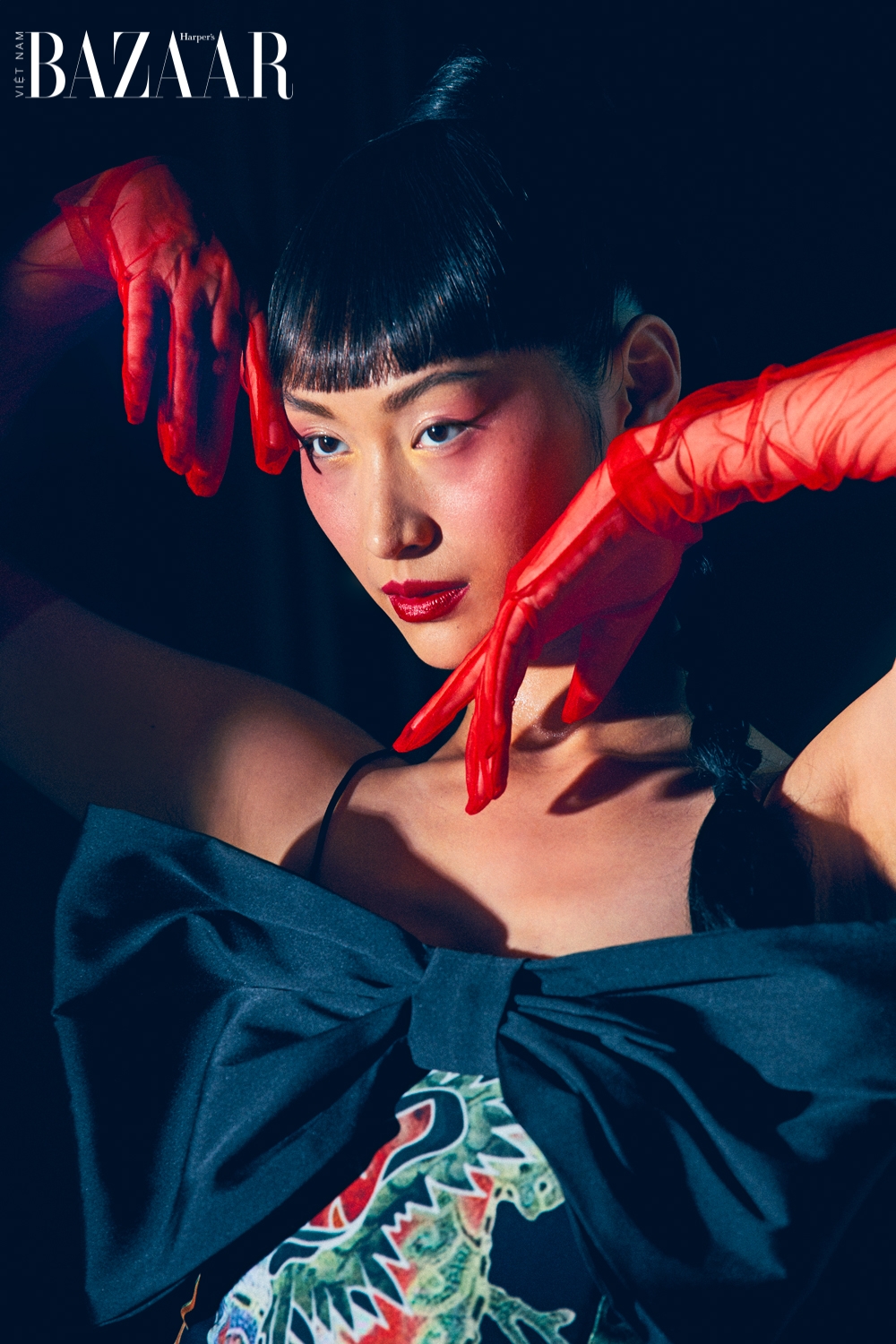 “When I first came on the scene, the whole industry closed its doors on me. Agencies just ignore or “insult” me that I’m neither skinny enough nor plus-sized enough to fit into either category; so there was no room for me in this industry. You would never imagine someone with my mid-size body type, without any agency’s representation, to walk a runway such as Paris Fashion Week”, she recalled.

But times have changed, and the industry has evolved. Due to the power of social media, designers and brands now prefer to work directly with celebrities and influencers who directly impact their followers to drive sales of their brands. So her presence on the runway hallmarks a new era, that models are no longer being selected just as “clothing hangers” without our identities being taken into account.  The characters, values, and attitudes are what fans respond to and this is now very important. 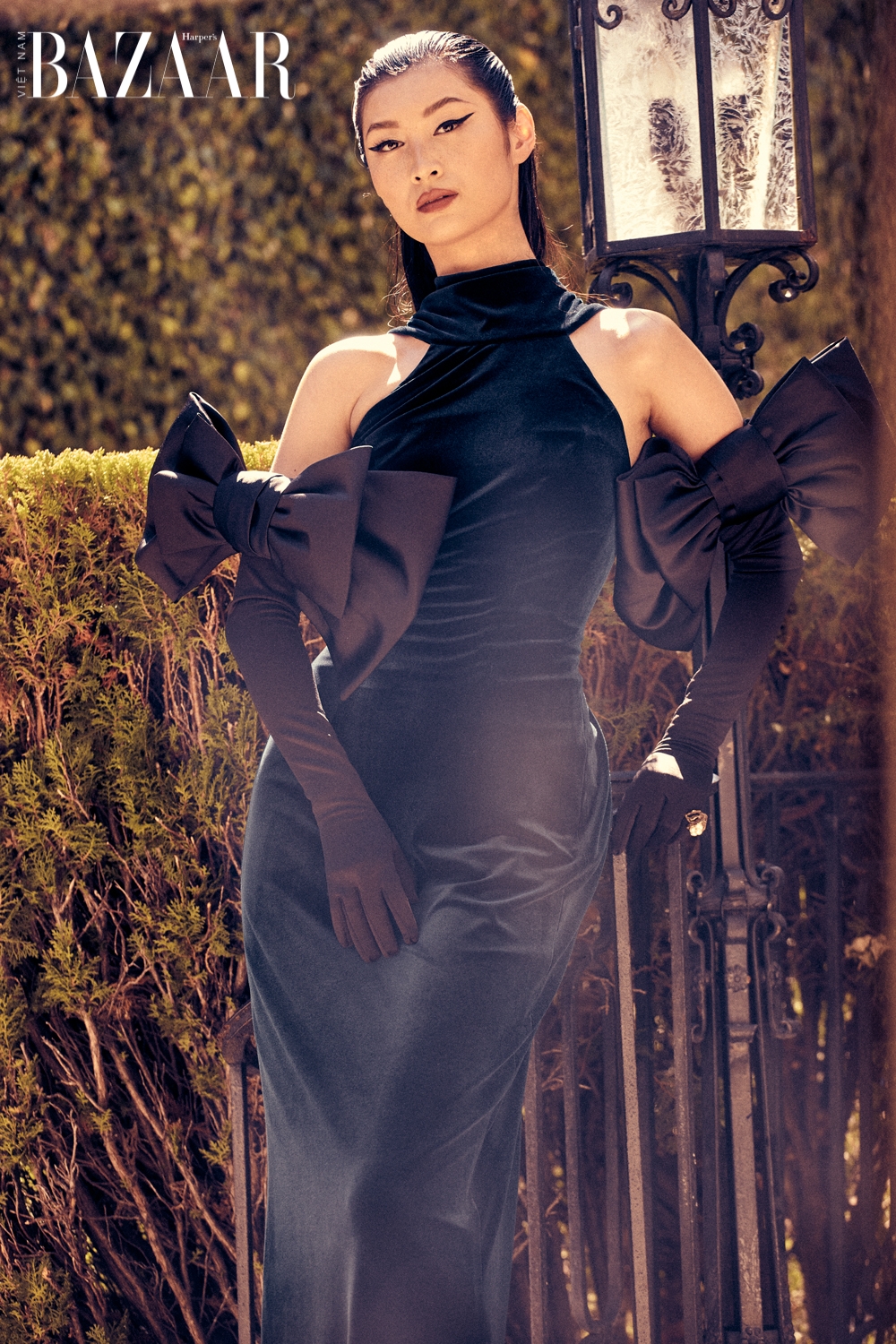 “To break into an industry that has no space for you, especially when you are that annoying rebel who will challenge authority, is definitely challenging.  This is especially so when you are young, have no experience, and have zero influence over the industry players. When the traditional way doesn’t work, we create another”.

So she decided to not just be a model, but also a media producer with access to influencers within the national media that could reach all key stakeholders in the fashion industry. At 22, she became the youngest producer at CCTV (China Central Television), the most influential national media network in China. Top designers and fashion icons quickly rushed in to join her show, as she helped open that billion-dollar market for them. In this way, Donni Zheng finally started to spread health awareness among consumers and changed the media’s idea of true diversity. 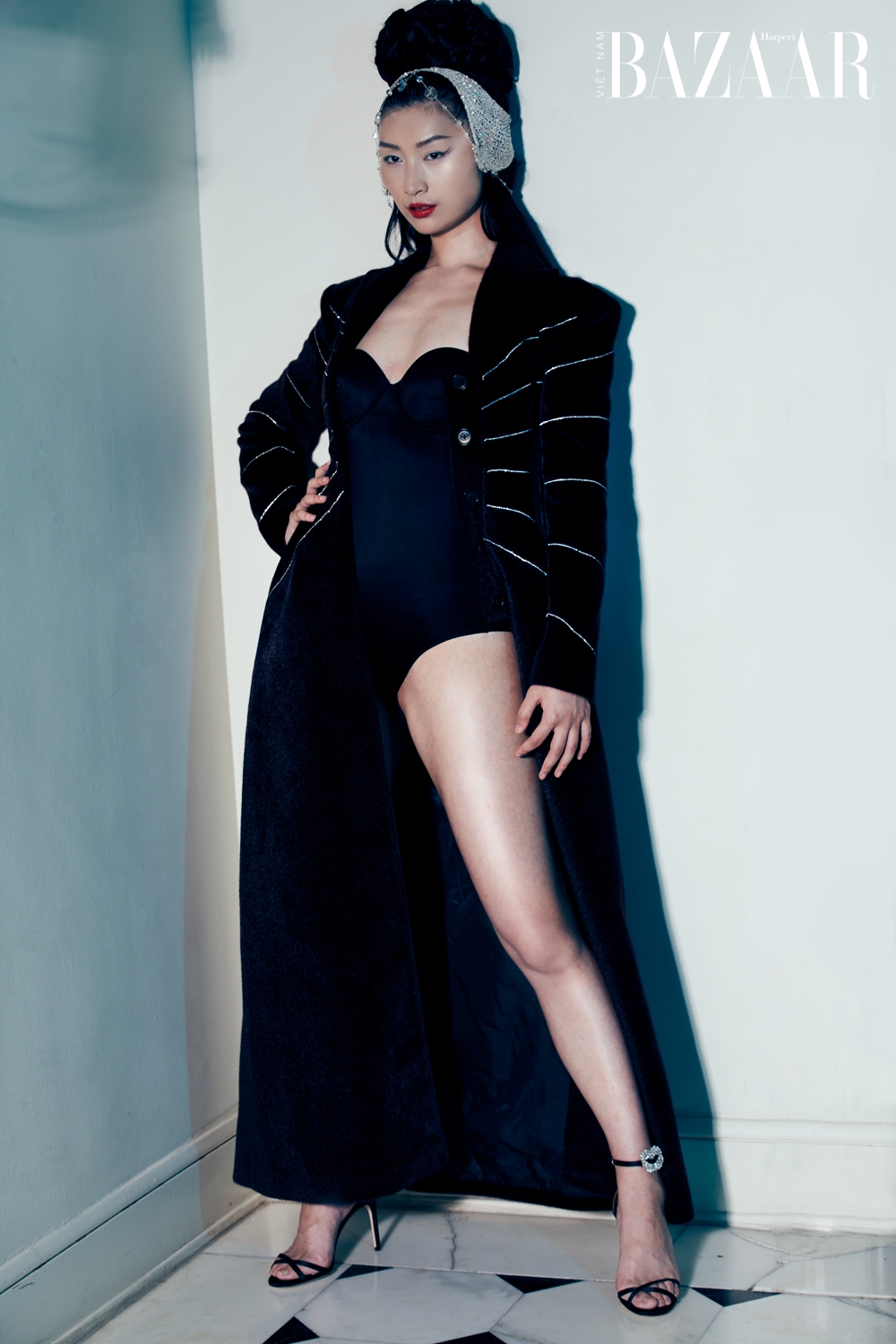 Additionally, her public health studies at UCLA and Columbia University inspired her to officially start a company with the goal of providing health education to help more teenagers and women prevent eating disorders. Gradually Donni gained lots of friends and followers both online and offline, through holding health educational events among global participants from Miss Fashion Week; and through interviewing designers in fashion weeks across Europe, the U.S., and Asia. 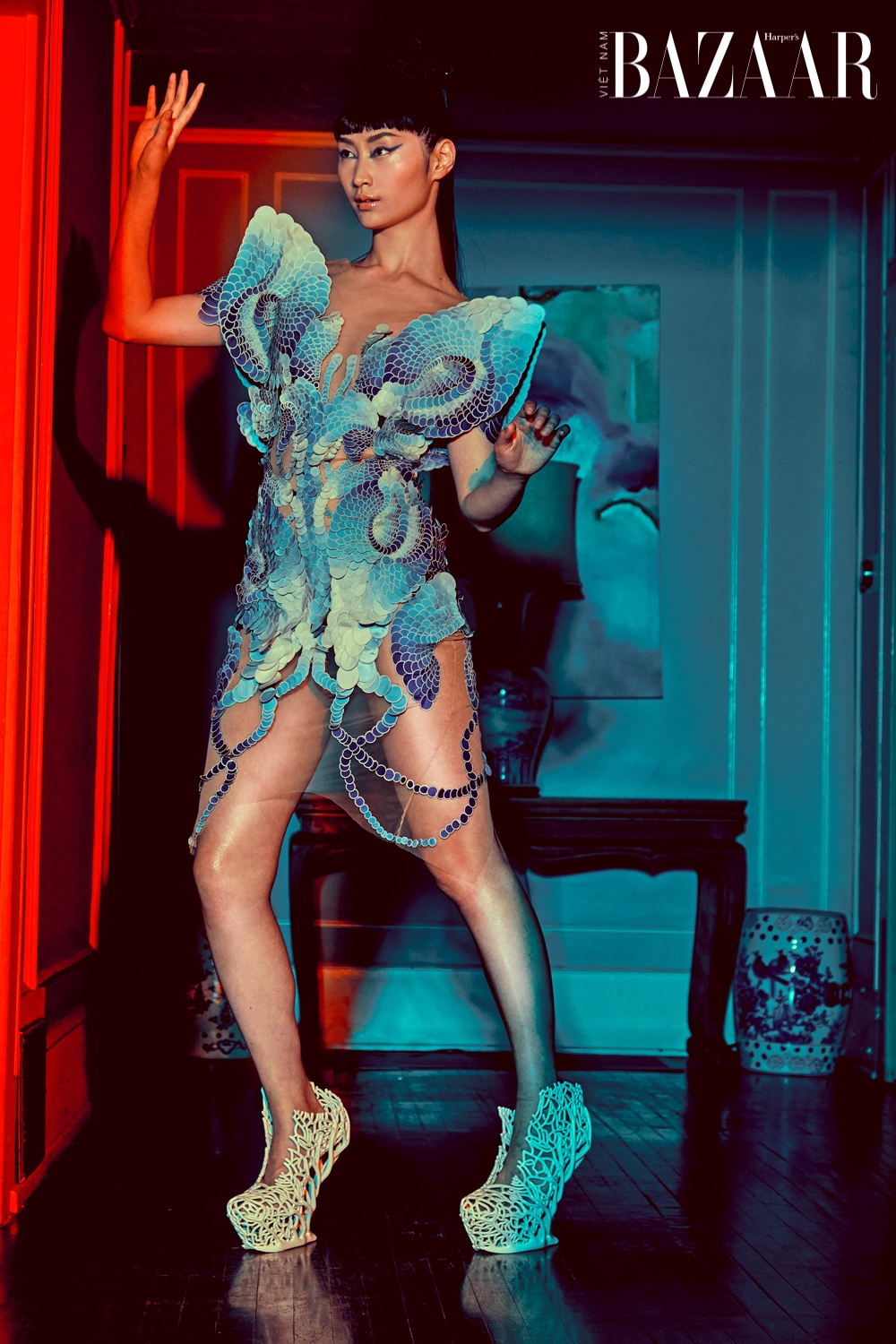 “My favorite designers are those who respect real women’s figures. The greatest designers, in my opinion, use their talents to customize a design to make a woman’s body look perfect just as it is. These designers know how to turn your own unique shape into your own unique story”.

Donni loves what Japanese designer Yumi Katsura said: “You don’t need to lose forty pounds to look cool as a Runway Model. It’s our designers’ job to do the magic to make every woman, including those models, feel comfortable and confident in their own body”.

Donnie was also inspired by D’ Marsh, a wedding dress designer who said: “We love shapes. I don’t go for skinny couture girls, and I use full-sized models. As a designer, you have to be open-minded. We don’t live by rules or regulations.”

At 25, Donni Zheng published a book that empowers women and younger generations to own their bodies and achieve their full potential. She believes publishing a book would represent a great start.

“I decided to collaborate with 50 female leaders from different cultures, religions, ages, professions, businesses, and races, all from different life stages. We all came together as one to share our most vulnerable but inspiring stories on how to pull through obstacles; rediscover the true passion, and create the magic to do what you love. The success of this book is because women from so many different backgrounds have been able to relate to these stories”. 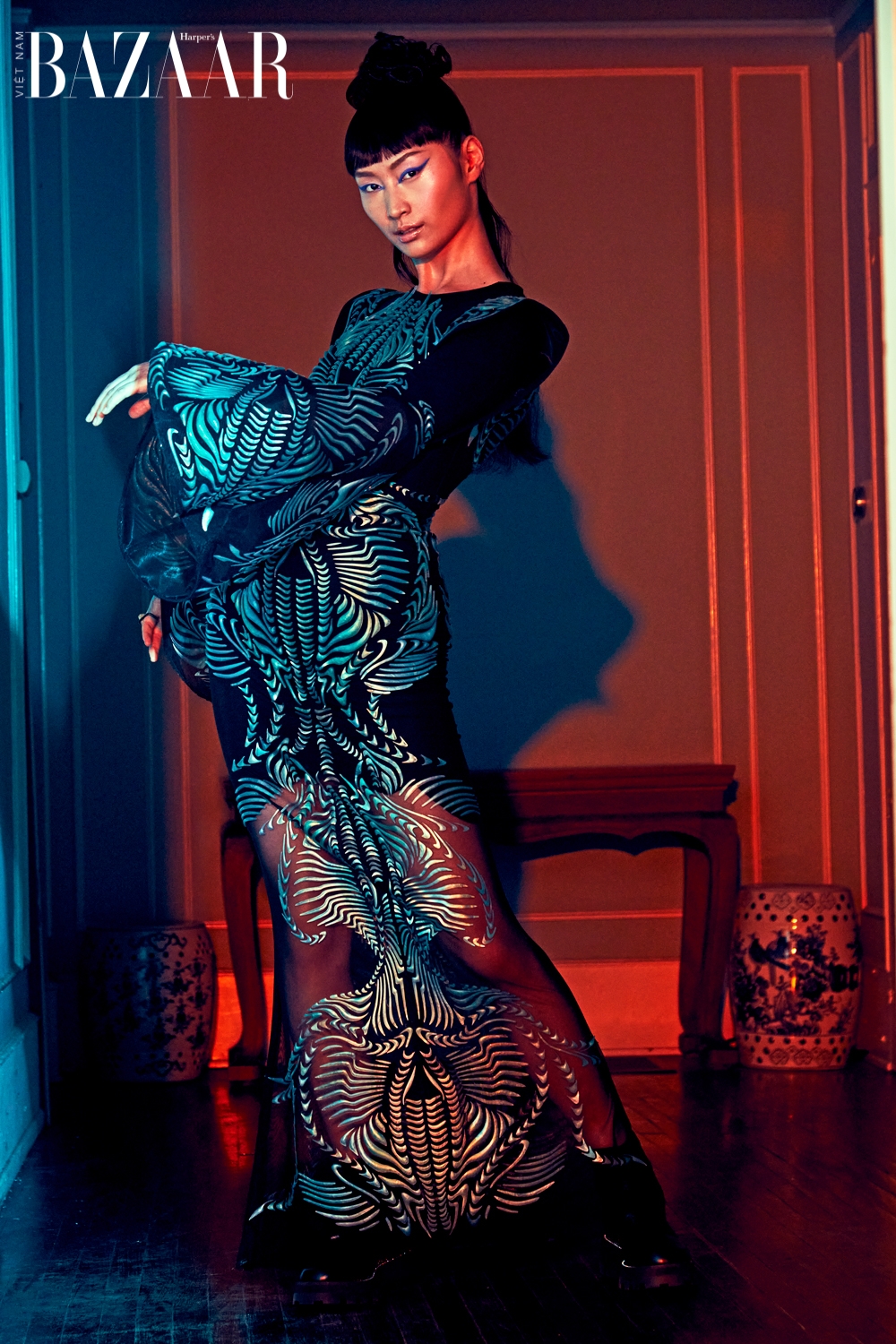 As part of the Healthy Fashion Movement, Donni hopes to provide a platform to unite fashion influencers and women who might struggle with body shaming to come together. She also wants to build a global educational support system, and celebrate women of all looks and characters.

So in the U.S., Donni Zheng first co-organized Miss Fashion Week by opening the runway to women of diverse body types and ages to celebrate their healthy natural beauty. In China, she also started Momoda Fashion Week with designers and trendsetters.

These shows were the first runway contest in China that features women of various body types. Instead of promoting one “stereotype” and ignoring another, judges here would score based on contestants’ confidence, their boldness of showing their real characters; and their fashion tastes of dressing up in a way that best presents their unique style. The shows truly celebrate women of healthy natural beauty and diversity. 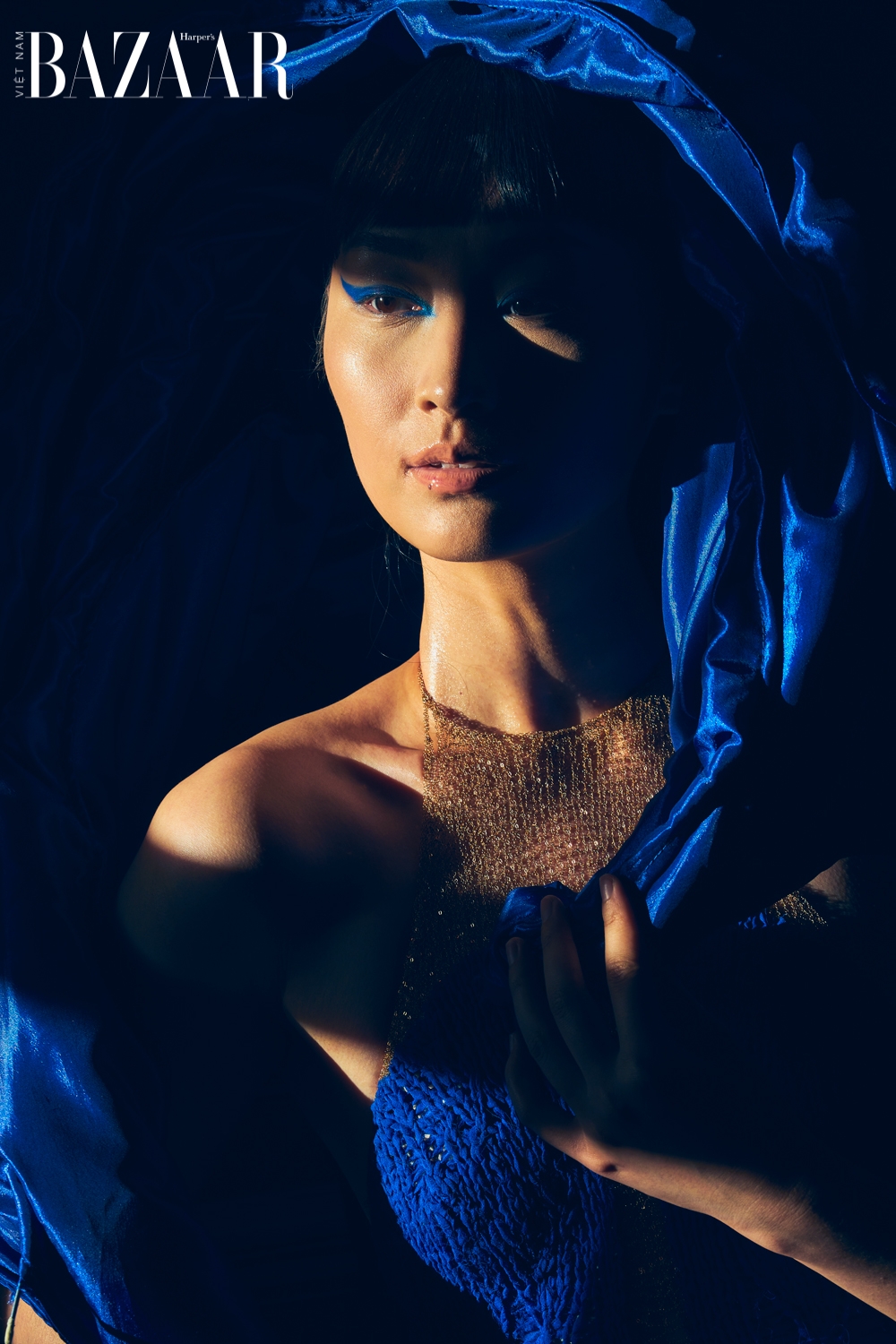 Additionally, Donni also provides nutrition and mental health workshops for contestants to help handle body image struggles; and continually developing a global community with a health educational support system. So far, this health education program has made a positive impact on contestants from over 14 countries.

When asked about his plans to visit Vietnam after the pandemic situation becomes better, Donni could not hide her excitement. She said: “Yes! I love Vietnamese Pho and I can’t wait to try the authentic northern style in Hanoi. Ha Long Bay is definitely on my bucket list and a destination. I’ve googled dozens of times and I am obsessed with the diversity of the islands and inlets and the striking imagery of the traditional junks”.

Donni has some advice for young girls who suffer from self-doubt. “First, truly accept who you are. Real empowered men own their mistakes and own their imperfections. Second, dare to dream, and always be driven by what you love. Third, take full responsibility to fulfill your dreams, and never rely on anybody else. . Fourth, be grateful to anyone who has ever lent you a hand or worked together with you.  Fifth, never give up”. 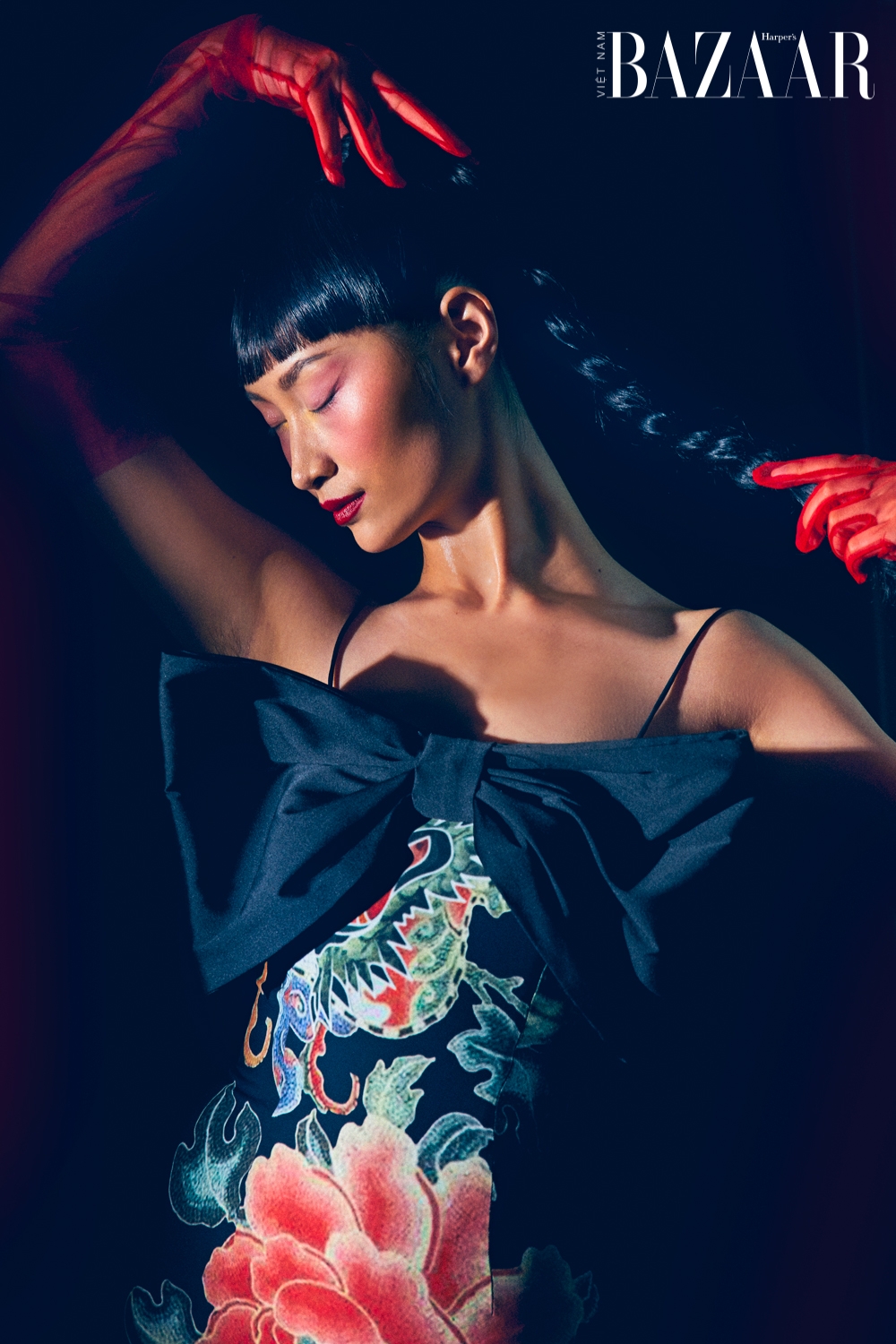 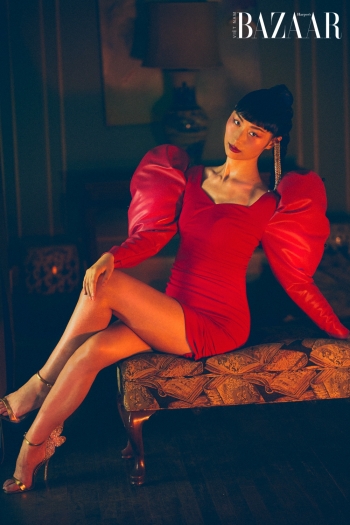