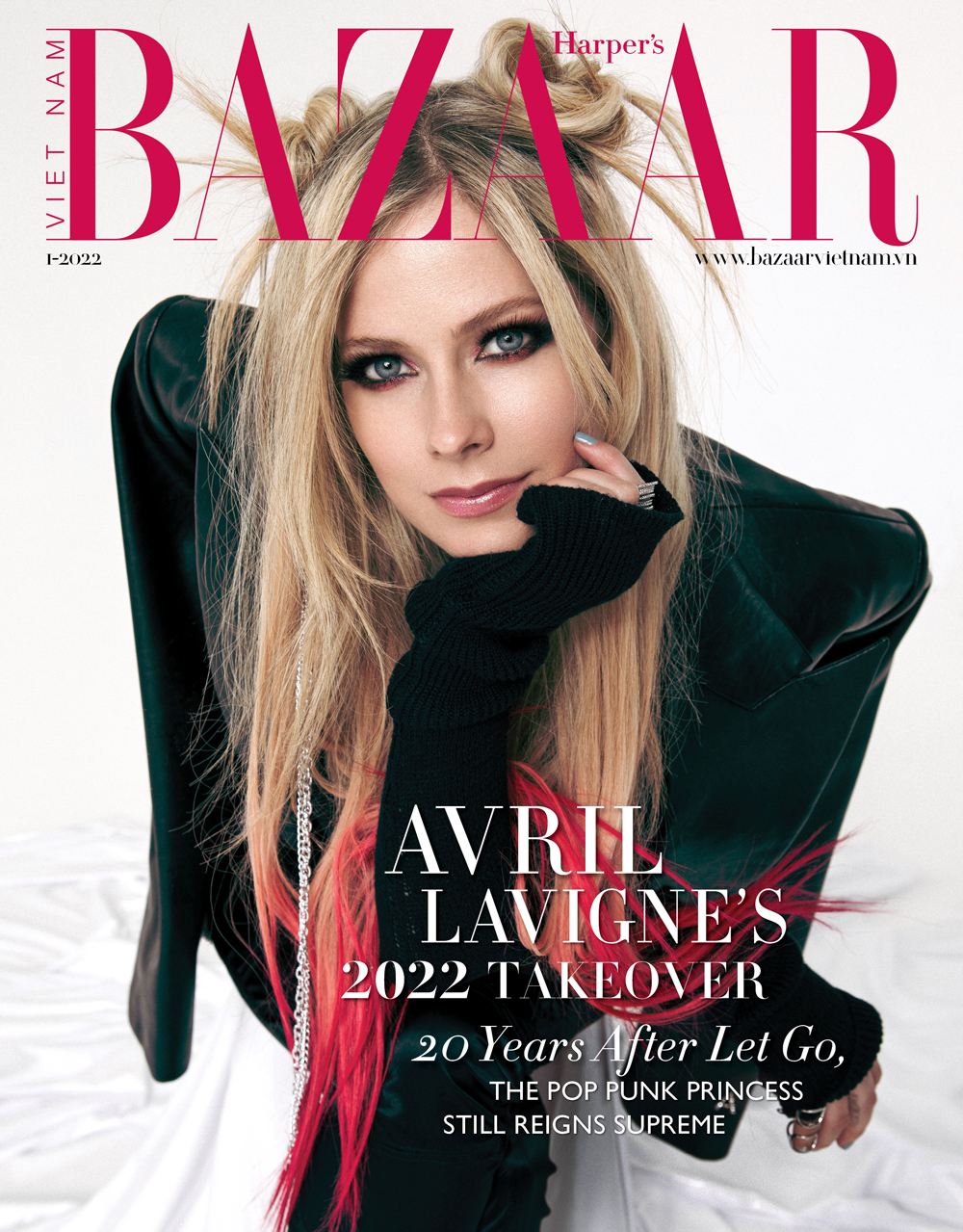 As someone who grew up with Avril Lavigne’s music during her teenage years, I can immediately describe her signature pop-punk look. It’s the straight blonde hair with strands of striking pink highlights. The signature black smokey eyes. A white t-shirt, accessorized with a classic tie. The whole look finishes with skater shoes. For almost the entire first decade of the 21st century, the Canadian pop-punk princess is a fashion force to be reckoned with.

That’s her fashion story. With music, Avril Lavigne is no doubt the queen of the genre. “He was a boy. She was a girl. Can I make it any more obvious? He was a punk. She did ballet. What more can I say?” Those are the lyrics to her no. 1 hit Sk8er Boi. That was 2002. In the music video, Avril was wearing her cap to one side, a tie in front, a pair of loose jeans, and a skate. As usual with the punk princess. The easy-to-remembered lyric and with the music lively, upbeat, Sk8ter Boi truly one of the fan favorites. 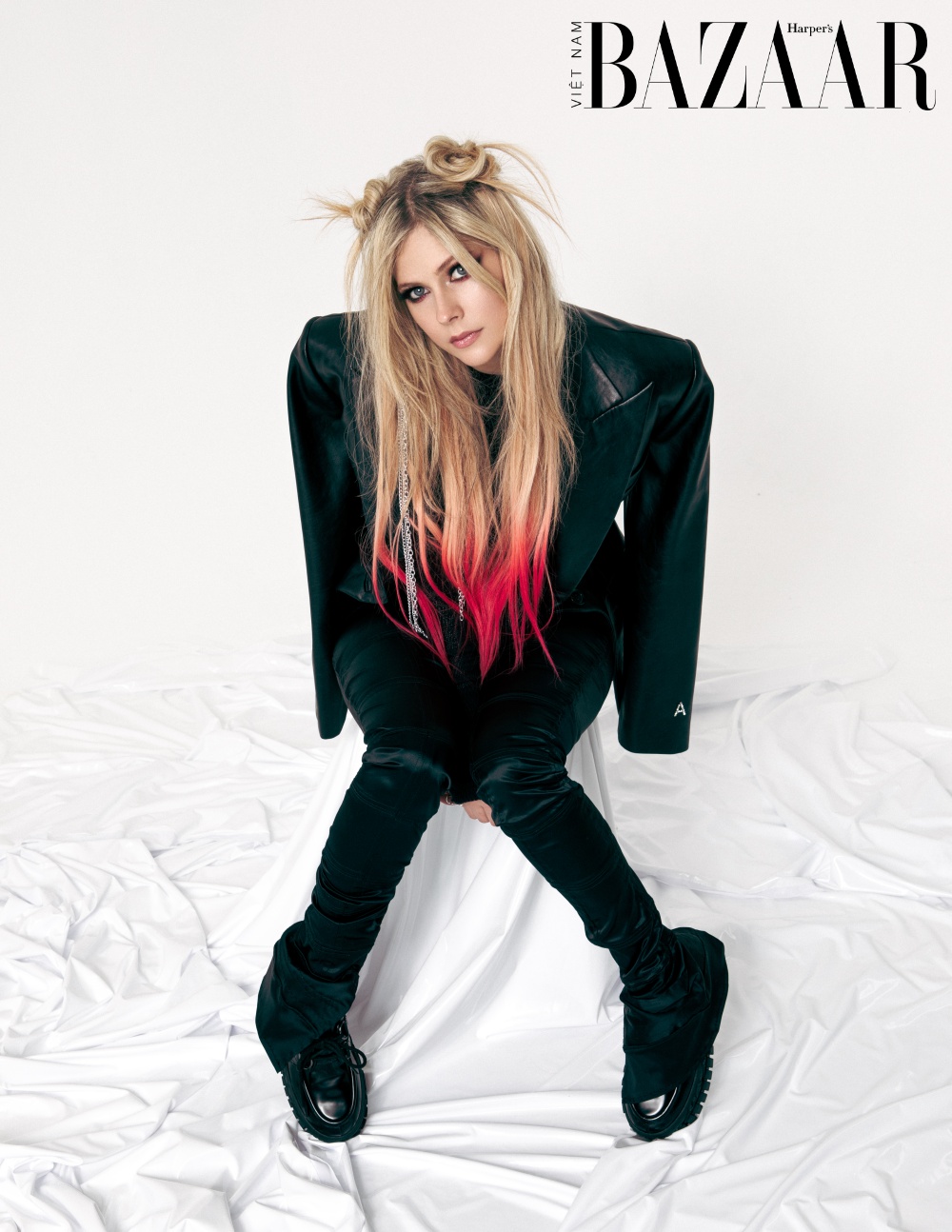 Avril Lavigne, Canadian artist with the best-selling album of the 21st century

The images from her first album really defined Avril Lavigne’s music and fashion aesthetic. Let Go (2002), which introduced songs like Sk8ter Boi and Complicated to the world, brought the Canadian artist the best-selling album worldwide in the 21st century. Some 20 years later, these hits have gone down in music history.

Since her debut album, Avril is considered a key musician in the development of pop-punk music, as she paved the way for female-driven, punk-influenced pop music in the early 2000s.

Born and raised in Ontario, Canada, Avril Lavigne was gifted with music since she was two. Avril was named by her father, which her name means April in French. “My brother used to knock on the wall because I used to sing myself to sleep and he thought it was really annoying”, reminiscing her childhood. 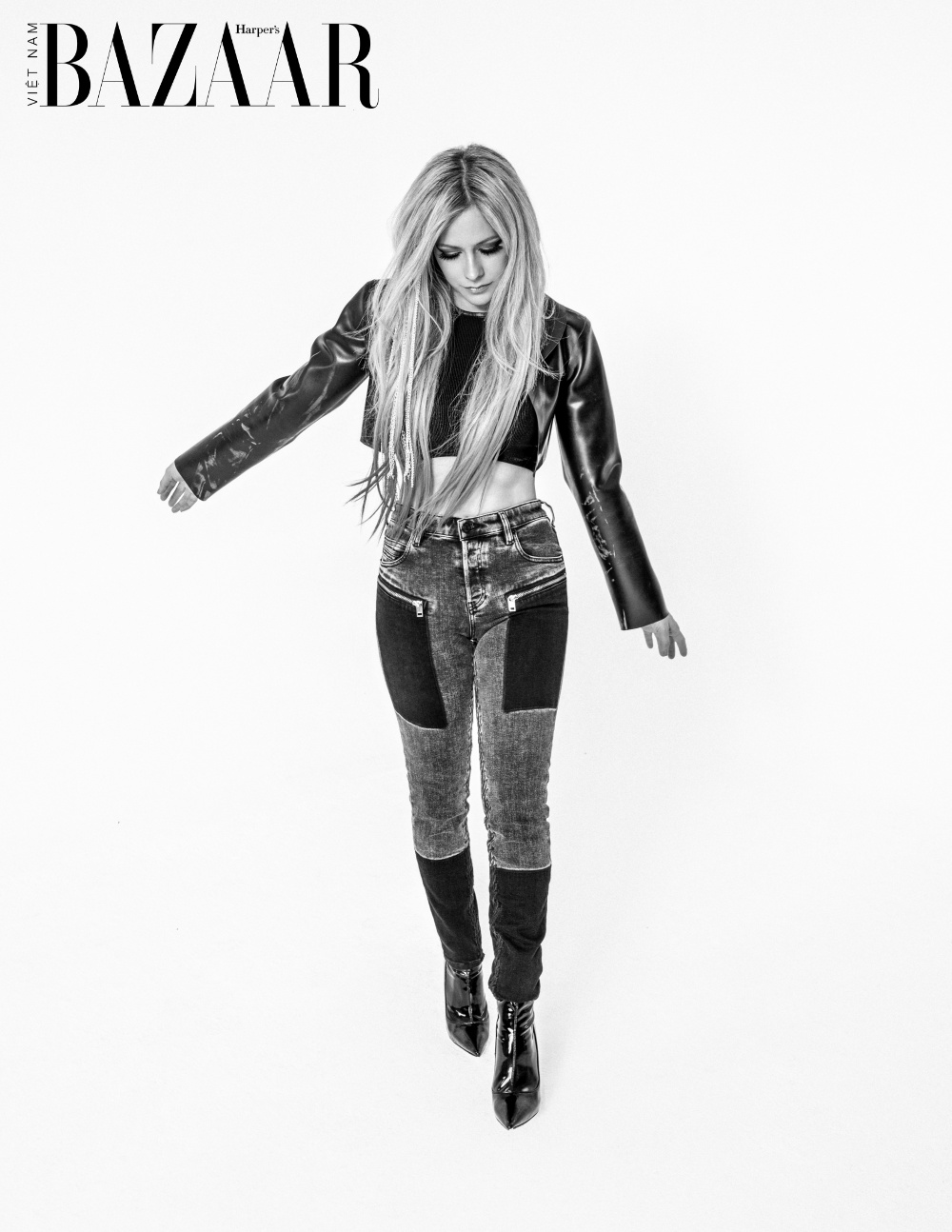 Two decades of pioneering the pop-punk

2022 marks the 20th anniversary of Let Go, which introduced songs like Sk8ter Boi and Complicated to the world. 20 years later, these songs Avril wrote when she was a teenager are blowing up again on the Internet and Tiktok.

She says: “It’s incredibly surreal and humbling. Those songs were so monumental for me and it’s pretty incredible to watch people who were either old enough or alive back then make it their own. The coolest part about TikTok blowing up was watching people talk about how much they loved Sk8er Boi and what it meant to them then, but then also seeing how many people still find themselves loving it now”. 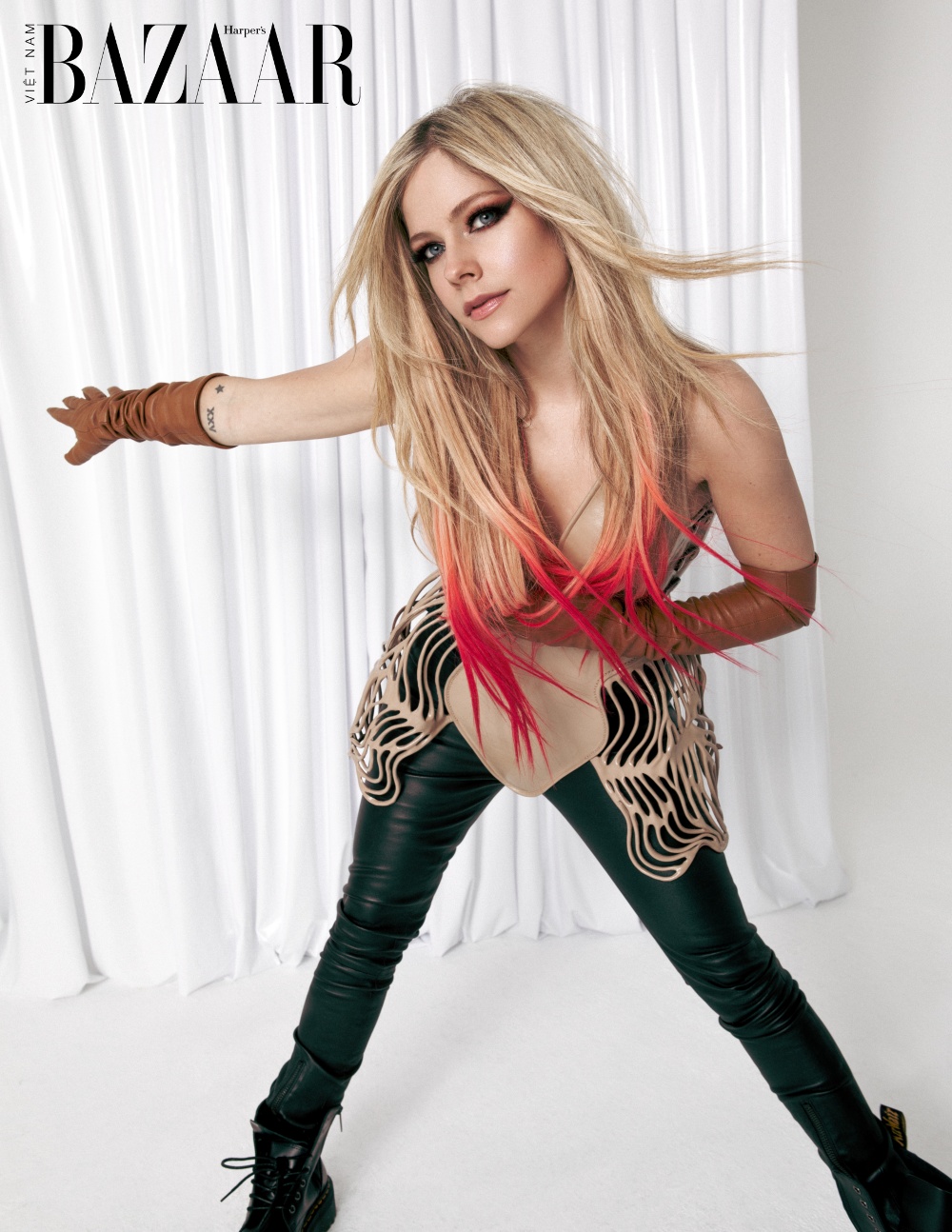 Two decades later, Avril’s music still impacts so many of the listeners. How has the Canadian pop-punk princess’s music – and songwriting style – changed and evolved? Reflecting on her career path, she says: “We all change and evolve as time goes on. We all have different life experiences that mold and shape the way we see the world.  We fall in and fall out of love, people come in and out of our lives, and there’s a lot to say about all of the experiences in between.”

“Before I made this album, I was working on something that was classic rock inspired because it was what I felt in the moment. But ultimately, I found myself working towards this new body of work and that’s where I felt like I hit my stride.”

Avril Lavigne is considered a highlight in the pop-punk and alternative rock scene. She has paved the way for the success of many inspiring female-driven punk-influenced pop artists. To name a few, they are Paramore, Skye Sweetnam, Fefe Dobson, Lillix, Kelly Osbourne, Krystal Meyers, Tonight Alive,…

Revival of pop punk and Avril’s plans for the future 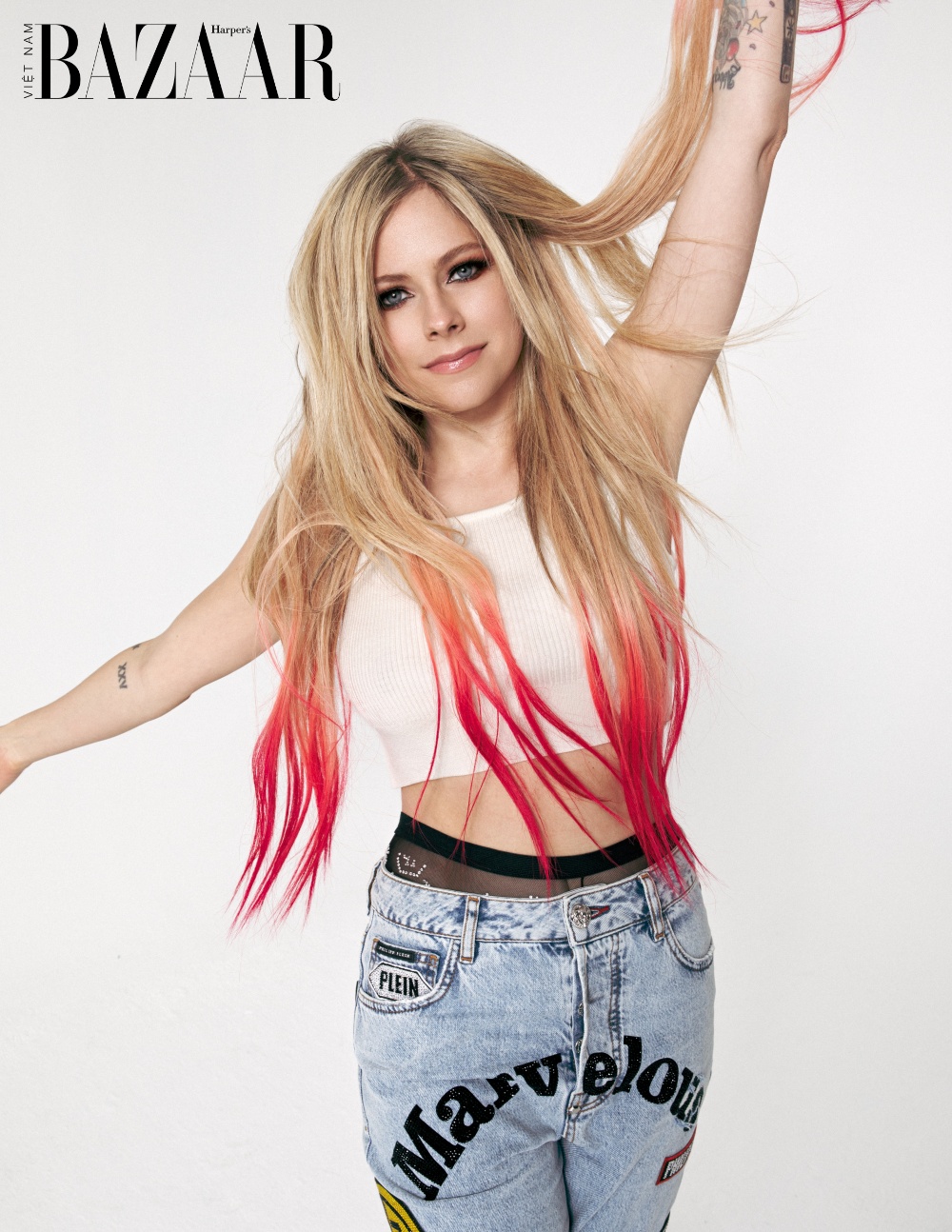 After the successful of Let Go (2002), Avril released a second recording album Under My Skin (2004). The album has sold 10 million copies. Following that, Avril Lavigne once again reached new heights with The Best Damn Thing (2007) and its lead single, Boyfriend. In 2019, Lavigne released her sixth recording album Head Above Water. For over two decades, Avril still stays true to her pop-punk charm in every album released.

In the beginning of 2021, Avril Lavigne joined Mod Sun in new song Flames. Talking about the collaboration, she shares: “When I started writing on my own, it was in the middle of the pandemic, so we all had that bit of extra time to think and reflect on ourselves. I was really frustrated with life after a relationship break up and I definitely felt the need to write about that experience. Soon after that, I met and started working with John Feldmann and Modsun and writing with them came so naturally. They really helped me shape what I wanted to do and they played a huge part in making the record come to life.” 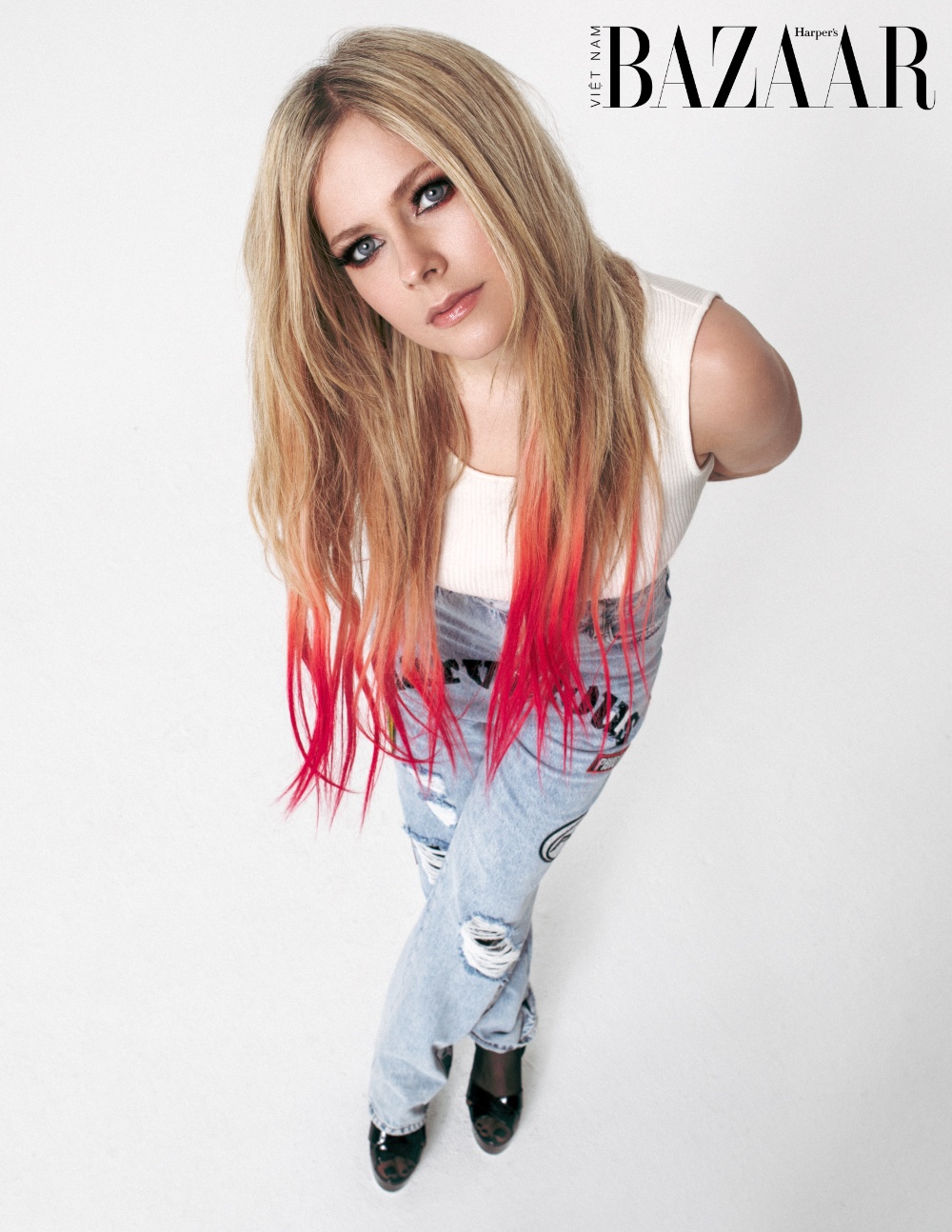 In 2020 Avril was meant to tour Asia. But the pandemic hit. Sparks with hopes, she says, “playing live is the best and one of my favorite things in the world.  I’m definitely looking forward to getting back out there.” Live tour is a way for Lavigne to share her music in front of crowds around the world. Nonetheless, performing all over the world has also influenced her culturally and creatively.

“It’s hard not to be influenced.  I love visiting Japan any chance I get, it’s unlike anywhere else in the world. At my house, I have an entire room dedicated to Hello Kitty, which should explain how I feel abut Asia.” 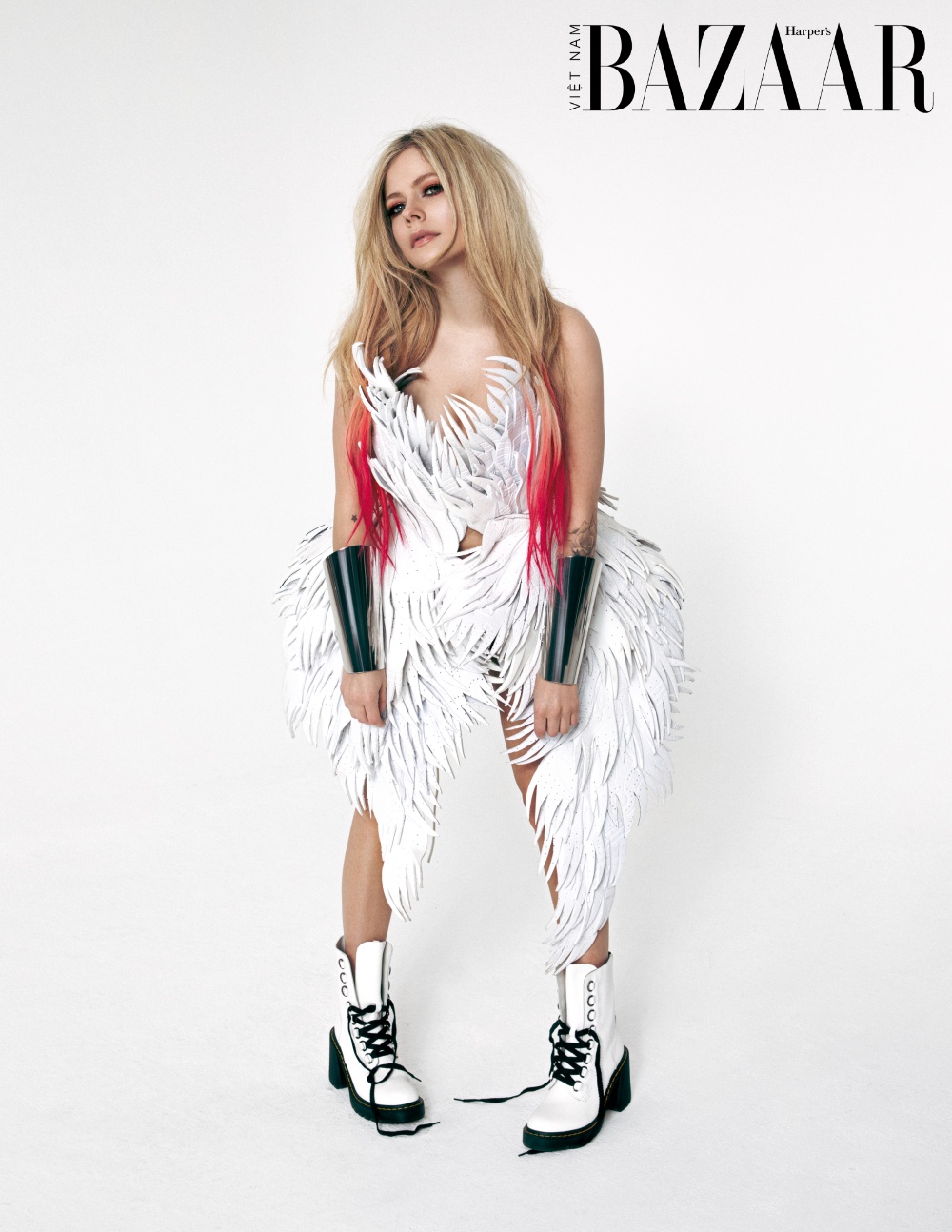 Avril’s cemented signature look (as I described earlier) is an inspiration to many of her fans. From skater girl meets edgy chic, to punk rock glam and gothic grunge, Lavigne’s personal style has continued to inspire individuals as the pop-punk aesthetic. As iconic as she is, the Canadian pop-punk artist has barely changed since the early 2000s.

“It’s so funny because I never plan to have an iconic symbol or piece of fashion with each era, it just happens organically with each new album I put out,” she explains. “I love seeing my fans around the world identify elements of my style and make it their own. I am so excited to see what they pick up from this new era.”

“To be honest, I like to be comfortable and I dress according to my mood. I’m usually in combat boots and then once a year I’m in heels! Fashion Week 2022 saw brands around the world come back together in person to celebrate individuality, style, culture, and freedom through expression.” She says excitedly, “I’ve always loved shopping in Japan and Asia. They are always ahead of trends and I am inspired by the fashion scene in Asia.”

If Avril can visit the 2002 Avril, she would advice her younger self to “slow down and take it all in”. Having grown up in the limelight herself, Avril learned a lot about the industry for the past two decades.

“Be yourself and don’t apologize for it. The world and internet can be a tough place, but as long as you know yourself, you can’t really pay attention to what other people might say about you.” 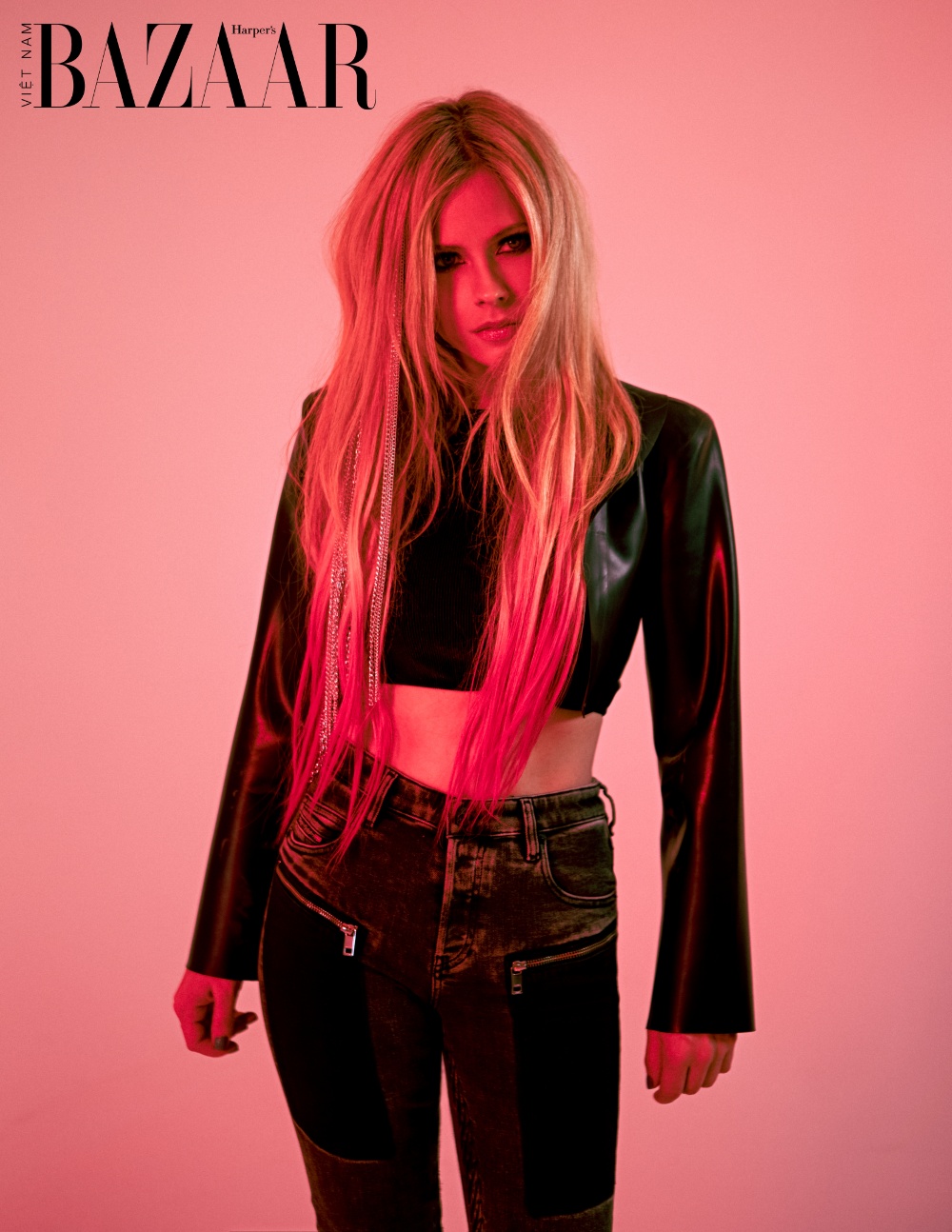 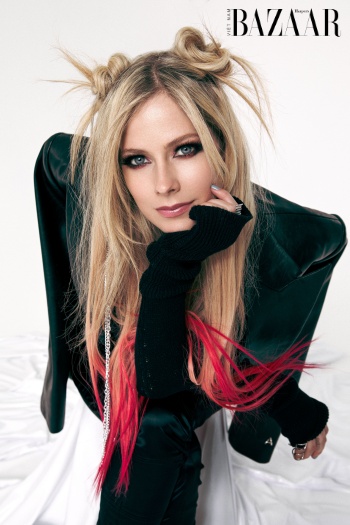