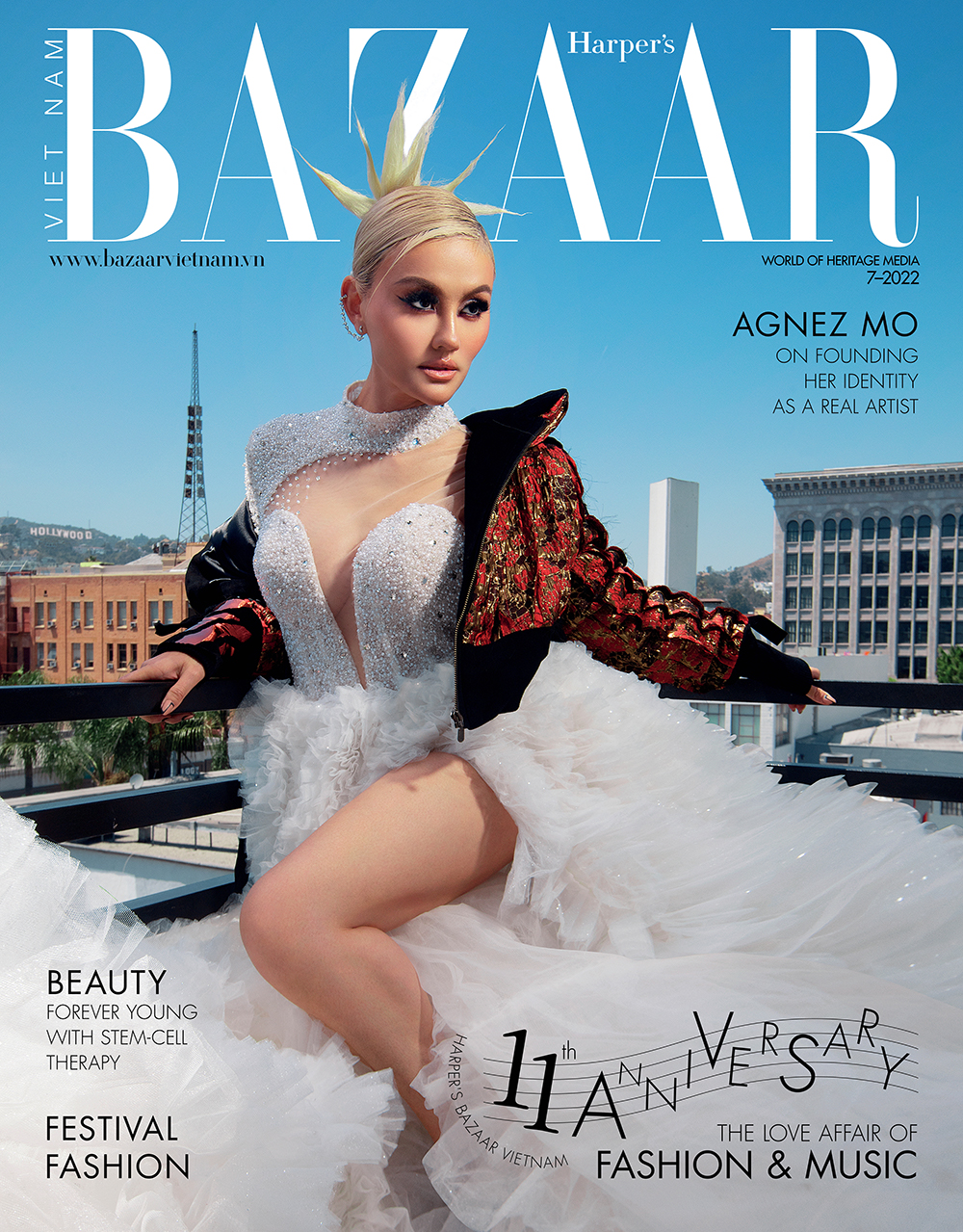 Agnez Mo on the cover of Harper’s Bazaar Vietnam on 7/22.

Agnes Monica Muljoto, known professionally as Agnez Mo, is an Indonesian singer, songwriter, music producer, actress, dancer, model, and businesswoman. As a bilingual singer who records in Indonesian and English, she is known for her image reinventions and musical versatility throughout her career.

Born in Jakarta, Agnes Monica likens her hometown to Los Angeles, with Miami’s weather and many tall buildings like New York. Jakarta has a diverse cuisine and many delicious street food dishes. She also shares that she misses her family the most and the street food. 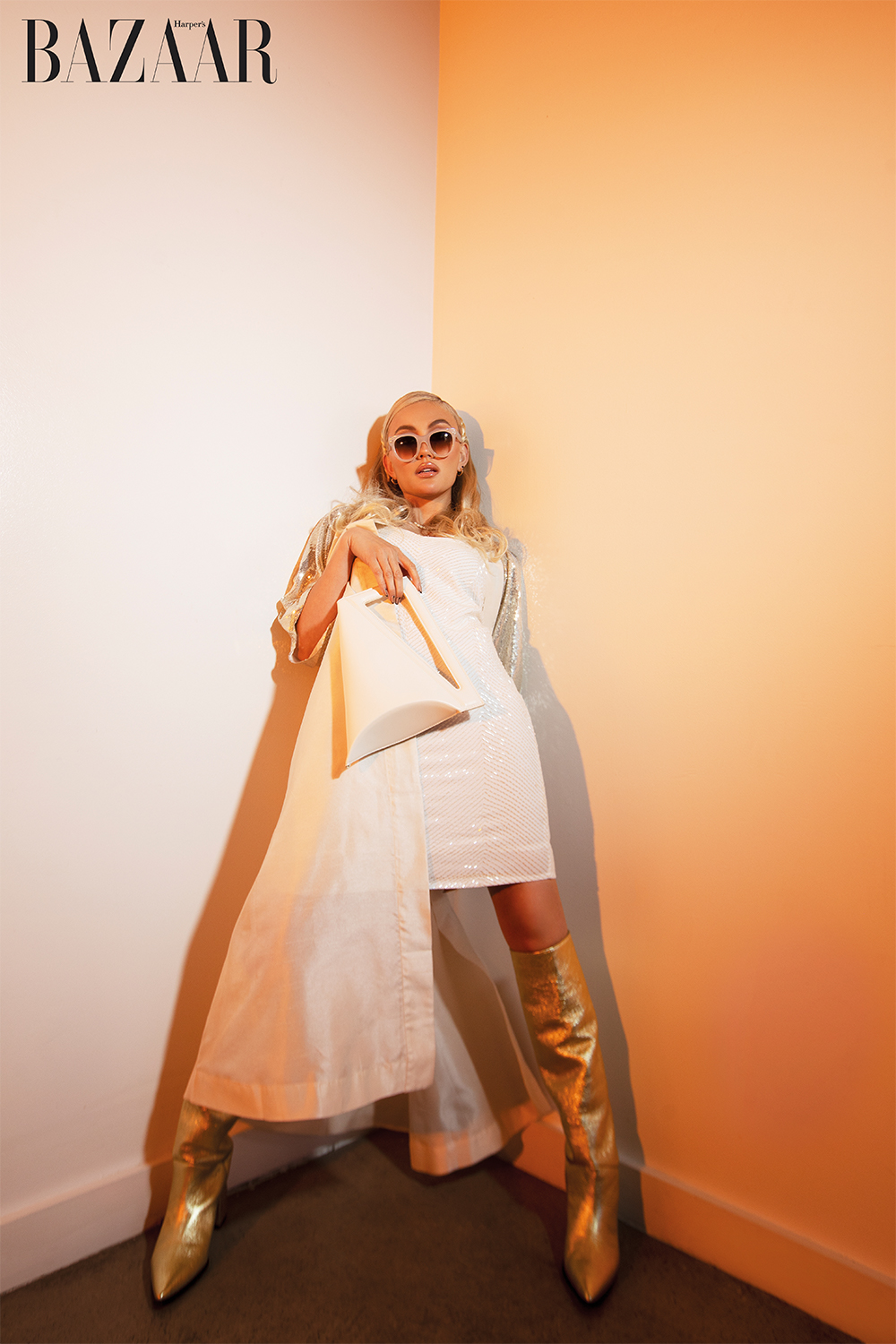 Prior to recording three children’s albums and presenting several children’s shows, Mo began as a worship singer at a church in Jakarta, Indonesia. “I started my singing journey by singing at church when I was really young, at 3 or 4 years old. Obviously not as a worship singer because I was too young at the time. My first ever vocal coach was the head of my church’s choir,” said Agnez.

And then, she hosted several children’s shows that landed her a few awards as a child host. Agnez Mo also acted in many drama series that also received numerous awards and achievements. In 2003, she released her first teen album, entitled And the Story Goes, which catapulted her name into the Indonesian music industry.

“That album was like my first ‘transition’ album, you know, transitioning from a child star to adulthood. I think I was 17 at the time. And that’s when I sort of found my identity as a real artist,” Mo explained. 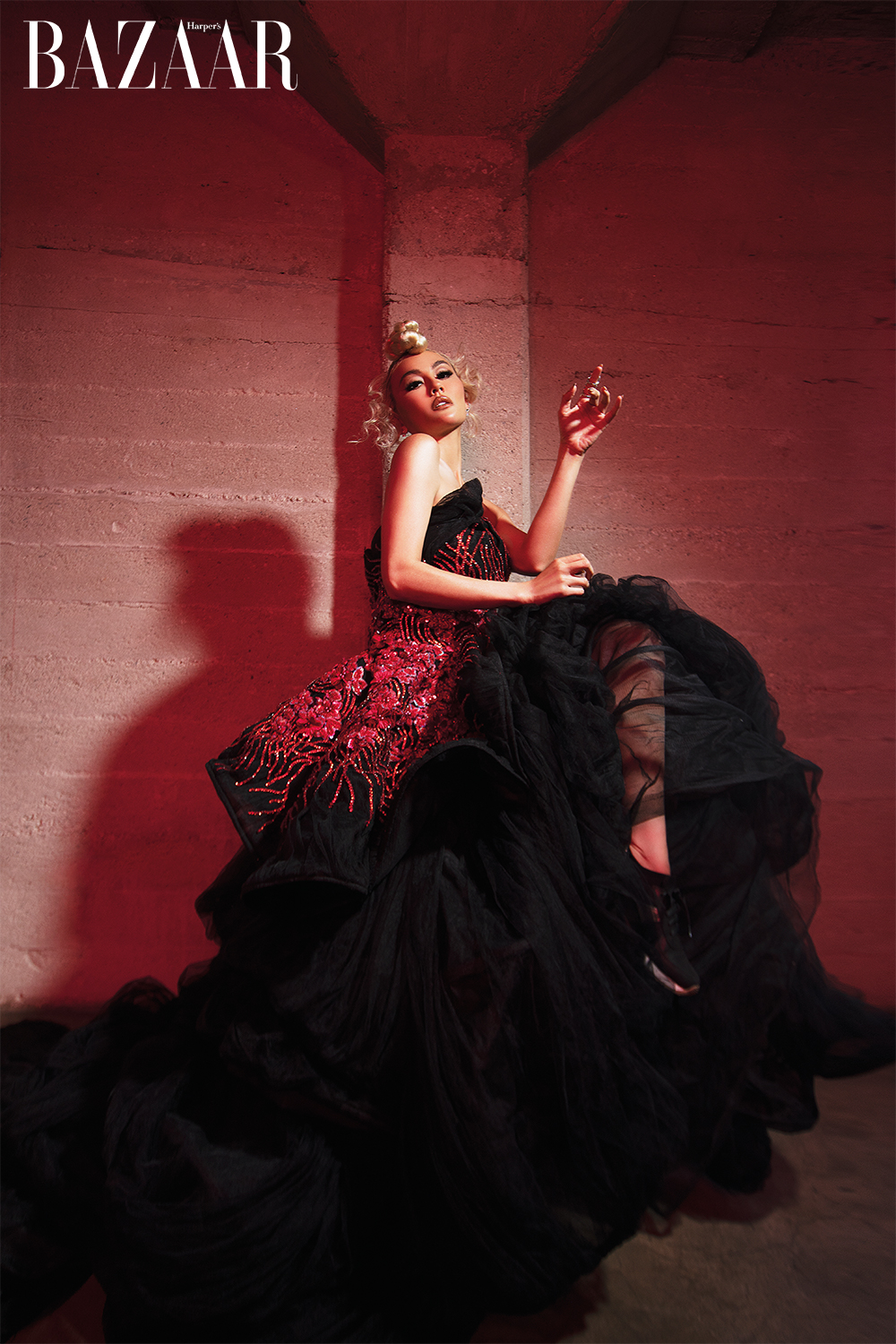 The success in her homeland encouraged Agnez Mo to target the international music industry. Since then, she has collaborated with many international musicians such as Timbaland, Michael Bolton, Keith Martin, Chris Brown, T.I., French Montana, and Steve Aoki.

All collaborations brought memorable experiences because they marked different phases of Mo’s career. But if she had to pick the most impressive, “It is probably the collaboration with Timbaland and Chris Brown. Timbaland and his team were the first ones to ever acknowledge my talent here in the States. It was definitely a huge stepping stone. As for Chris Brown, I have always respected him as a true artist. For him to validate my talent and [create music together] matter so much to me.”

Originally a church singer, Agnez Mo is gifted with an inspiring voice and possesses powerful vocal techniques. Receiving more than 190 awards is a testament to her talent.

When asked which ceremony was the most memorable for her, Agnez Mo simply could not pick one. “Honestly, I can’t tell which one (laugh). I think when I won Album of the Year in Indonesia, then when I won 2 Asian Music Awards in Korea, and when I won an award at the iHeartRadio Music Awards in the United States.” 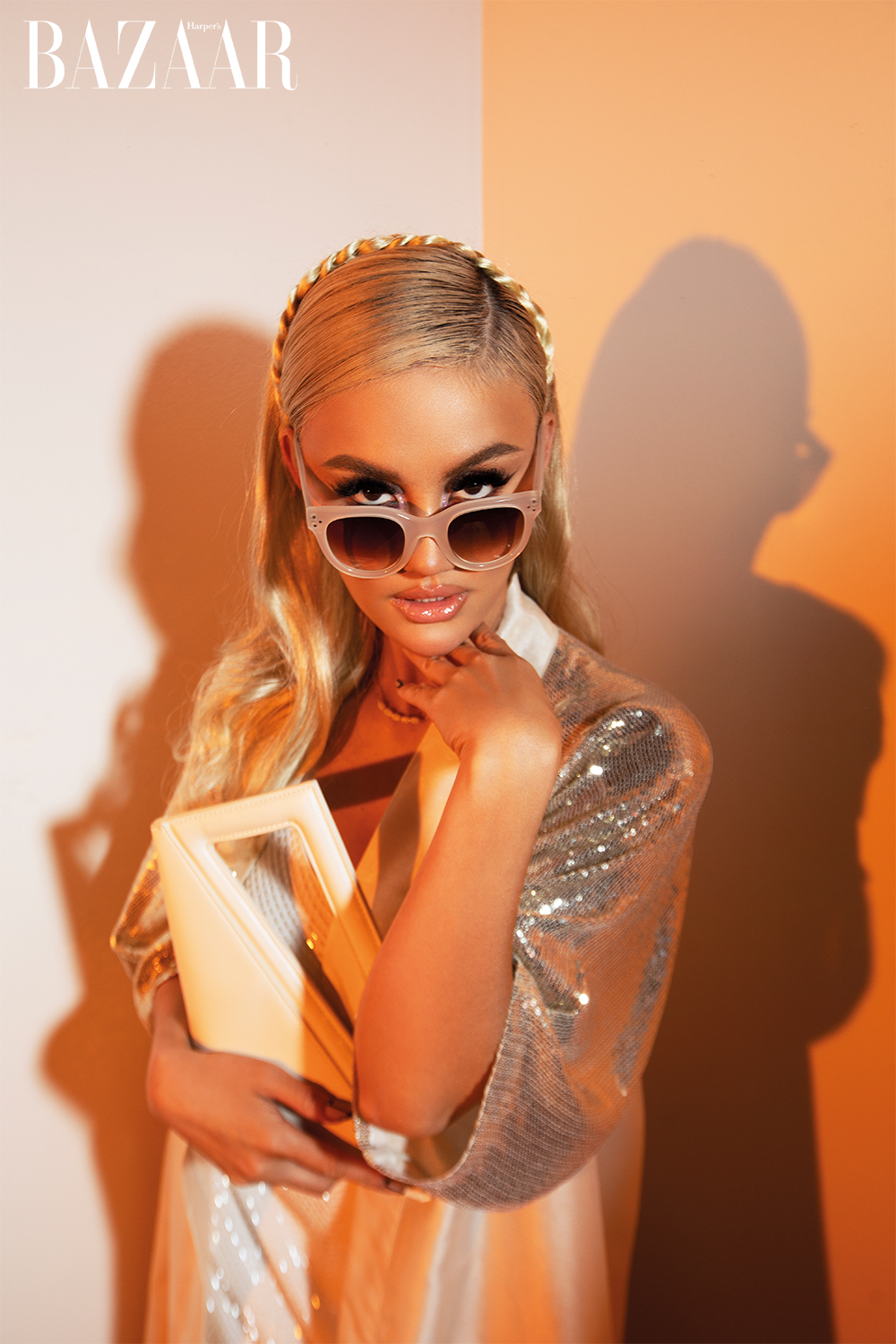 Agnez Mo is also the first Indonesian star to be immortalized with a wax figure at Madame Tussauds in Singapore. Sharing this honor, she said: “I enjoyed the process of making that wax figure so much. But it was unbelievable that people from Europe came all the way to Los Angeles to meticulously make wax figures. It was humbling to see.”

Her latest single Patience topped several charts upon release and helped her become the only Asian to reach #14 on the Billboard Adult R&B chart as well as the US Radio Urban AC chart. “We achieved that under my own label. To see how many people underestimated that at first, and then now seeing Patience climbs up the chart, for 14 weeks, it still warms my heart! I definitely feel the love and support.” 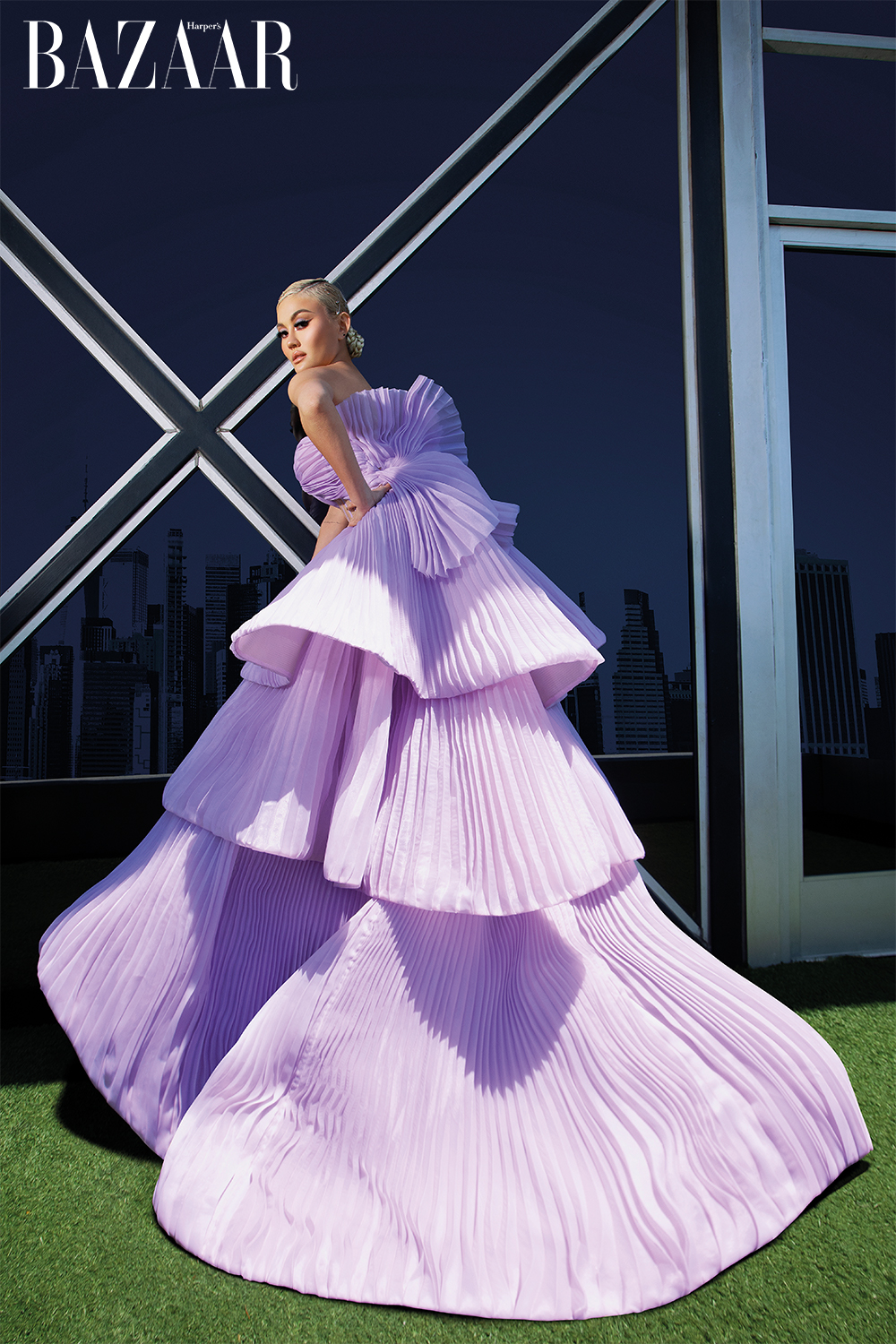 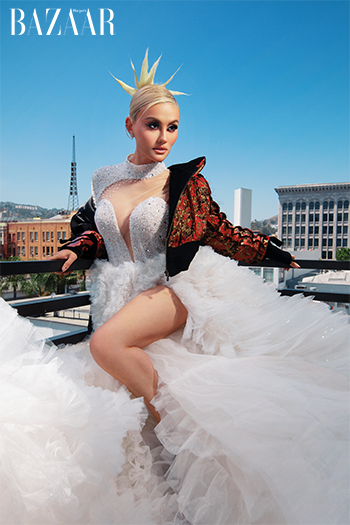