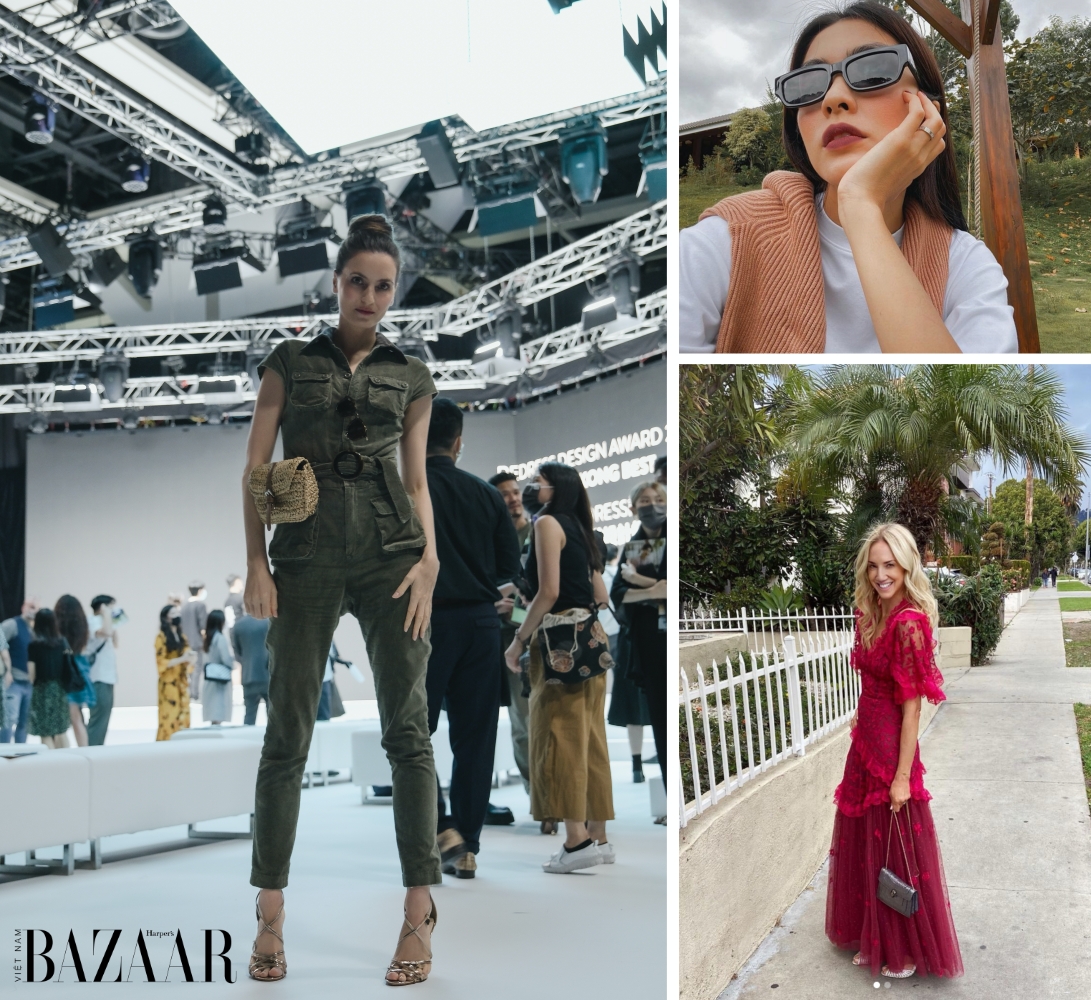 2022 will be an explosive year for fashion, beauty and entertainment.

Only a few months left before 2021 comes to an end. We expect 2022 will be an explosive year for the fashion, beauty and entertainment community, as they take pent up energy from lockdown and release it into the world. Who to watch to be inspired for the new year? Here are a list of top 10 international influencers and creatives we think you should follow. 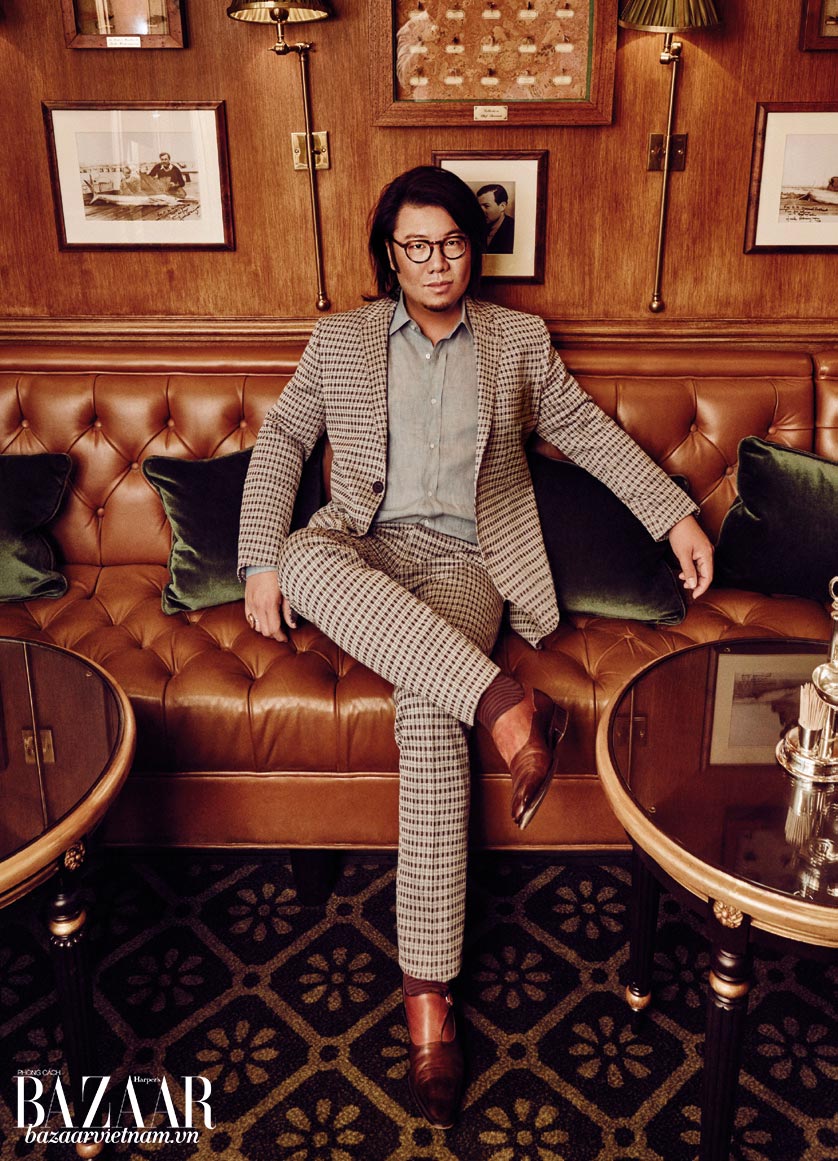 Kevin Kwan’s bestselling novel Crazy Rich Asians burst onto the scene and changed the image of Asia forever. Finally Americans began to learn that glamour doesn’t begin and end in Beverly Hills. In fact, pockets of Asia are arguably more decadent than anywhere in the USA.

Crazy Rich Asians is a part of a trilogy on Asia’s super-rich. Two other books, China Rich Girlfriend and Rich People Problems, are also on the New York Times bestseller list.

Kevin Kwan’s latest book is Sex and Vanity. The story focuses on the love story of the protagonist, a girl of dual bloodlines, who finds herself enamored in Italy.

Projects to watch for in 2022: It has been heard through the grape vines that Kevin Kwan is working on his new novel. The story will set in London. 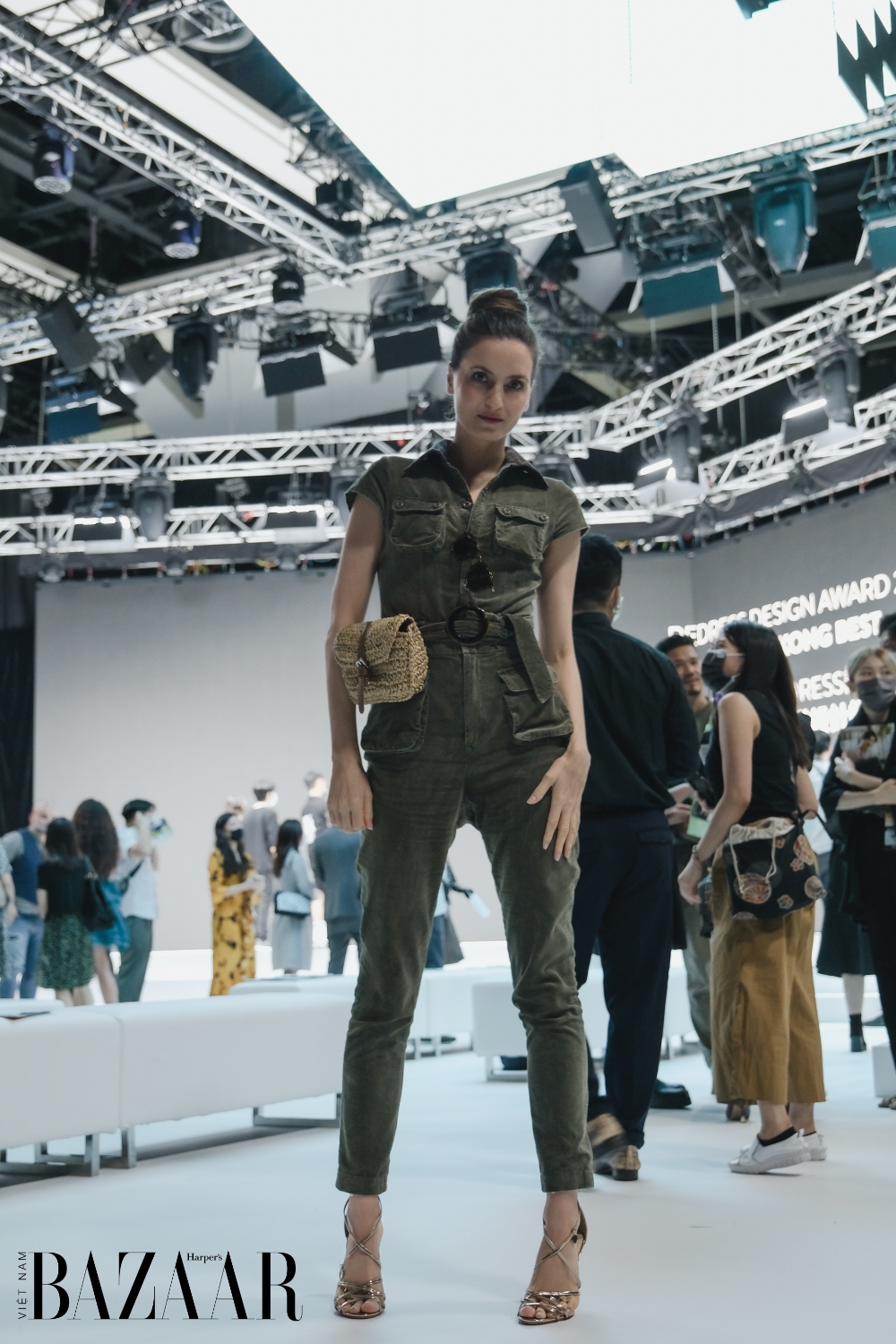 Blending wildness with natural polish, Kelly Prehn is the definition of a true multi-hyphenate. Model, power woman, guest star actress and writer, she captivates through fashion, art and film worlds with ease. She grew up on a farm in the UK before launching her career in Japan with Shu Uemura and guest stars in iconic Korean films.

Projects to watch for in 2022: Kelly’s latest endeavors are in writing. Her writing has a cinematic style, evocative of Sofia Coppola movies. She transports readers to other worlds through storytelling, telling deeply emotional journeys of strong female protagonists. 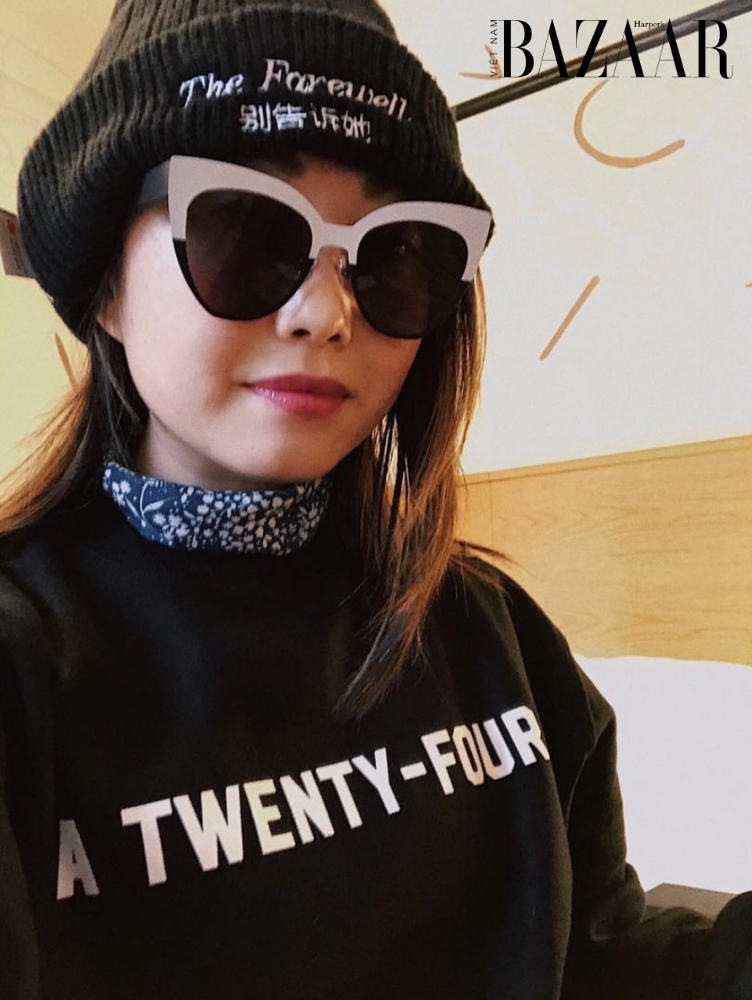 Born in Beijing, Lulu Wang is best known for writing and directing the comedy-drama films Posthumous (2014), and The Farewell (2019). The Farewell follows how the struggling New York City artist Billi (played by standout actress Awkwafina) found her roots in China. Both the film and its leading actress won big at international awards: The Farewell for Best Film at Independent Spirit Award for Best Film, and Awkwafina for Best Actress at Golden Globe Award.

Projects to watch for in 2022: Lulu Wang is currently filming Expats in Hong Kong. Alice Bell and Melanie Marnich are the narrators. Its story is based on the book by Janice Y.K. The show is exec produced by Nikole Kidman, Per Saari, Theresa Park, Dani Melia, and ‘Eat Pray Love’s’ Stan Wlodkowski. 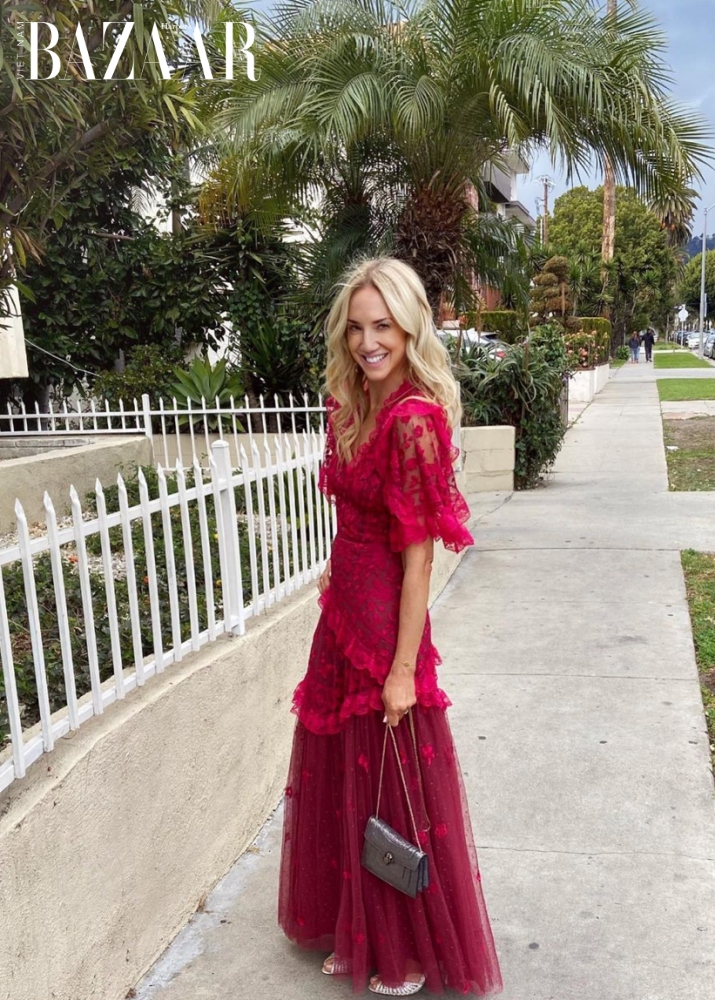 Rosie Nixon is London’s real-life Carrie Bradshaw. Glamorous, effervescent, and full of life – a British red carpet is not complete without her attendance. As Editor-in-Chief of HELLO! magazine, where she has worked for over a decade, she holds the trust of every major celebrity. She is notoriously discrete and carefully protects secrets with dignity.

Projects to watch for in 2022:Rosie is focused on spreading positive messages. Her latest book, Be Kind is packed with inspirational quotes, tips, actions and pearls of wisdom from famous personalities, experts and inspirational leaders alike. 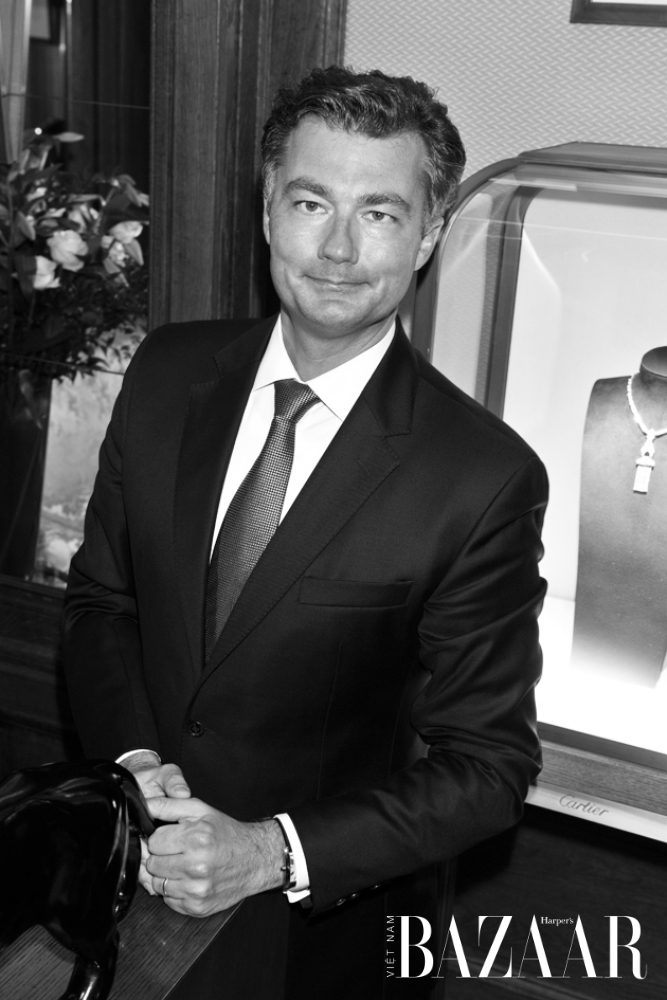 Known as the ultimate Honorary Brit’, Laurent Feniou is London’s most loved French man. He currently holds the position of Cartier Managing Director in the UK. During limited travelling season, he formed the #cartierovertherainbow Art Challenge initiative to support the UK National Health Service.

Projects to watch for in 2022: New Cartier partnerships. 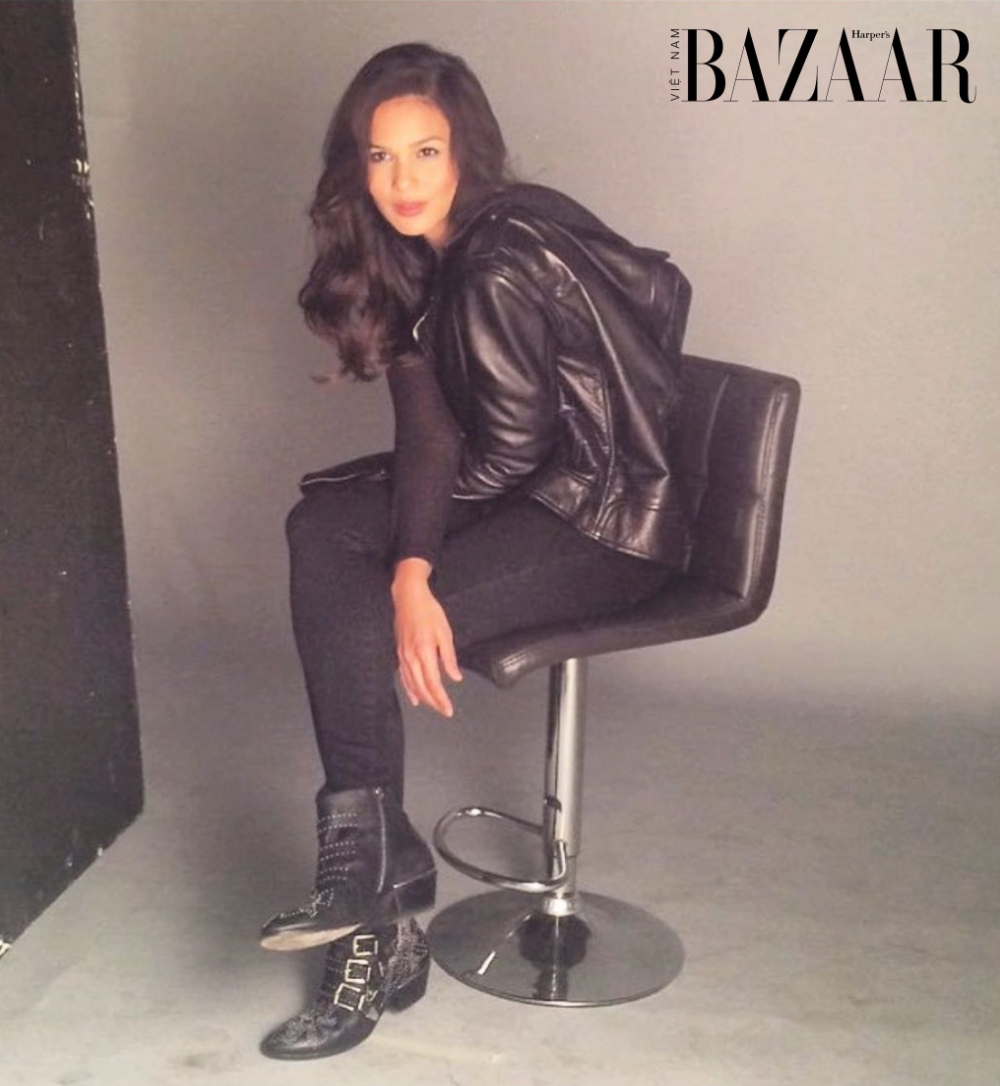 Iza Calzado is an actress and influencer from the Philippines with immense talents. She hails from a family with artistic background. Best known in Vietnam for her role in Beauty Queen (2010), Iza Calzado has won multiple best actress awards since.

Aside from entertainment work, Iza Calzado is also the co-founder of She Talks Asia, a female empowering non-profit organization. She Talks Asia sparks, documents, and sustains empowering community conversations both on-ground and online. As a group they are committed to increasing representation of Asian women globally, and support efforts that give females a seat at the table.

Projects to watch for in 2022: Iza Calzado has just confirmed to join the newest TV adaptation of superhero series Darna, set to be the biggest project of ABS-CBN for 2022. 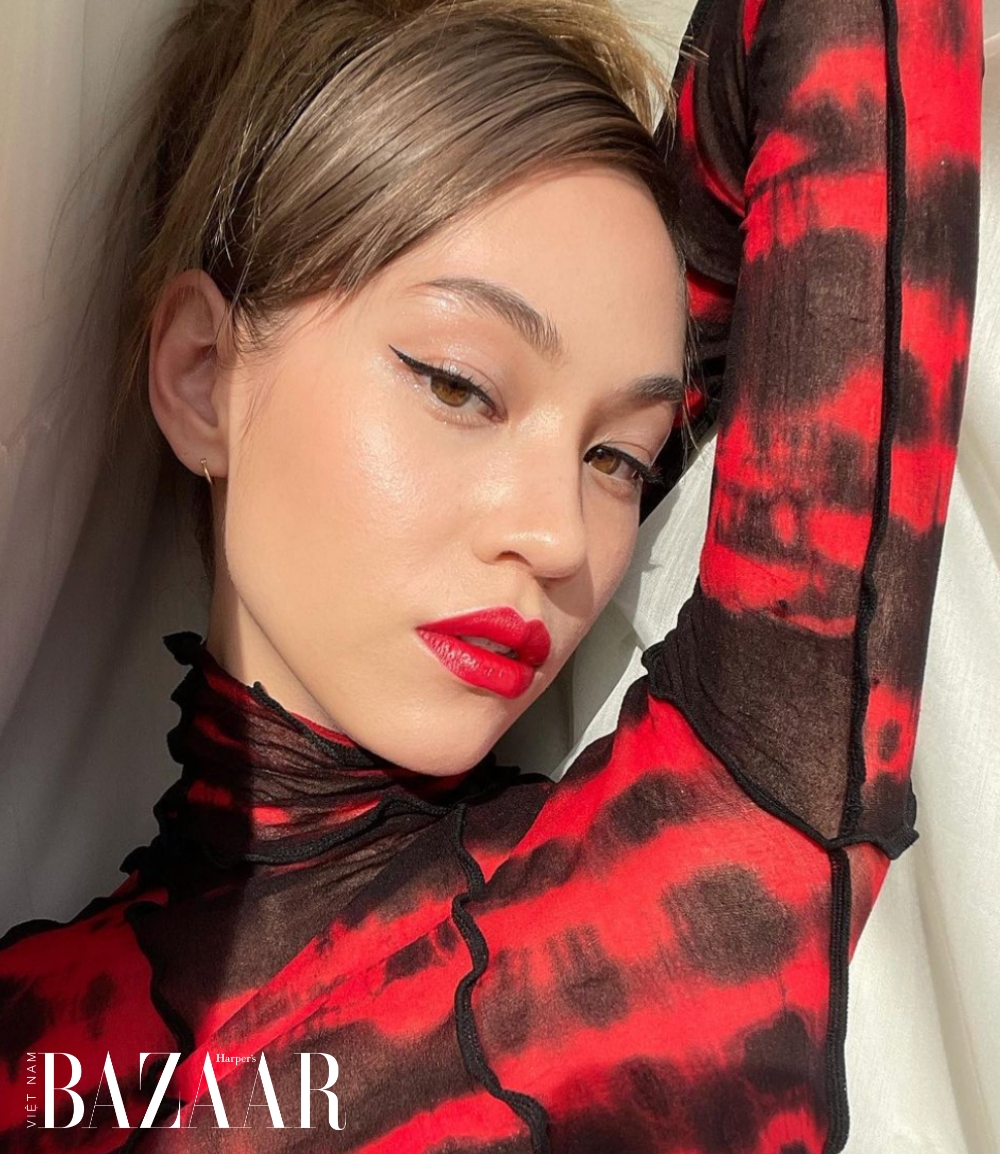 Kiko Mizuhara first came to wide international attention in Queer Eye: We’re in Japan! The fun series explored everything from health and beauty to self-help – with Japan as the backdrop. Vietnamese would recognize her from Norwegian Woods, 2010 romantic movie directed by Tran Anh Hung based on Murakami Haruki’s book.

Born in Dallas, Mizuhara moved to Tokyo at the age of 2 and began her modelling career in the city at the age of 13. She also owns her own fashion brand, OK, aka Office Kiko.

Projects to watch for in 2022: Kiko Mizuhara is the spokesperson of Panasonic Beauty in Japan. She is also the first-ever Dior Beauty Ambassador from Asia and the COACH brand ambassador. She will be joining Calvin Luo Spring Summer 2022 campaign. 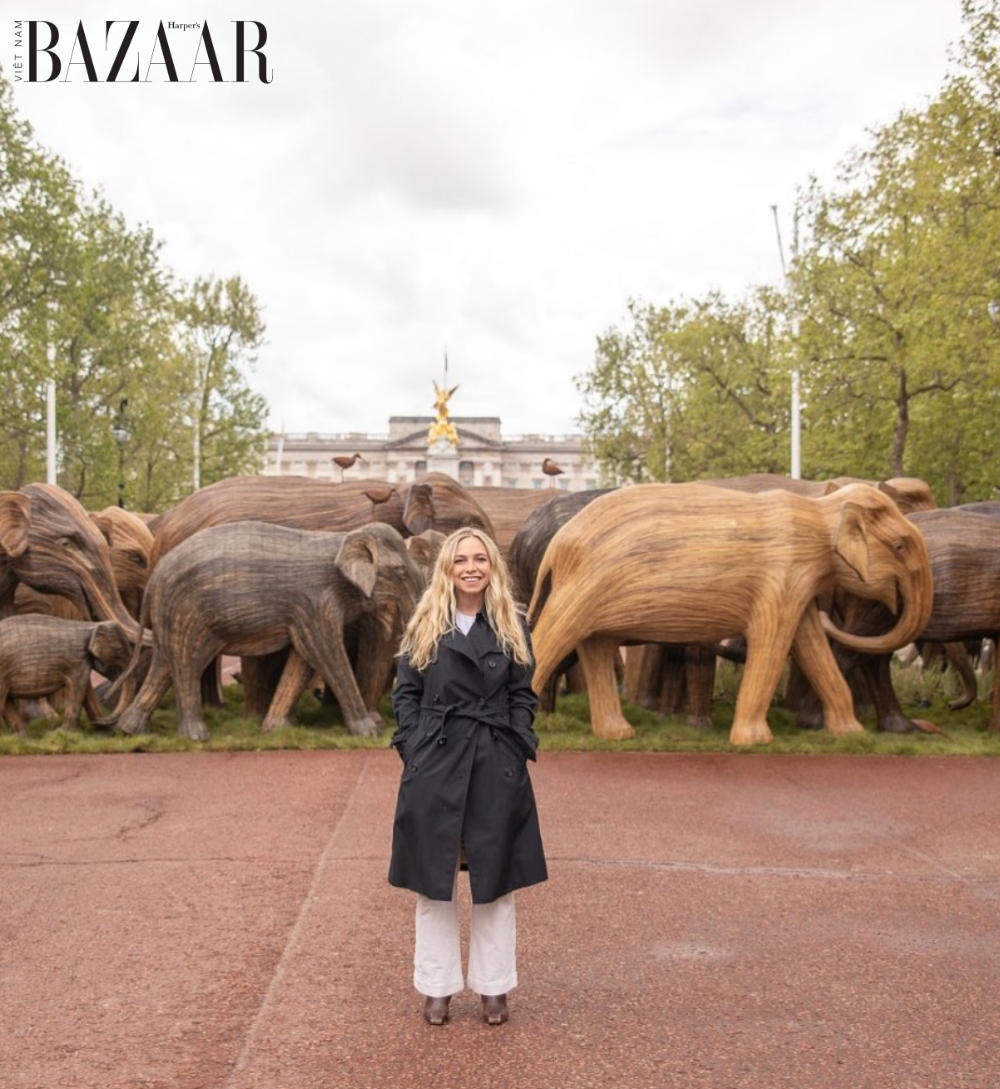 For those who care about animal rights, Ayesha Lalita Shand is the influencer to watch. She dedicates her creativity to not one but two organizations, Elephant Family and coexistence.story. Both work tirelessly to improve the lives of wildlife in a sustainable manner.

Ayesha Lalita Shand raises attention and funds in an eccentric and creative way. For example, in summer, she set up an artistic pop up in London: a herd of 100 elephants, roaming from the royal parks to the King’s Road. Each of the sculptures were modelled on a real-life elephant counterpart from India. This project was backed by supporters. That includes the British Actresses Donna Air, Joanna Lumley and Cara Delevingne.

Projects to watch for in 2022: Watch @elephantfamily and @coexistence.story Instagram handles for more exciting news. 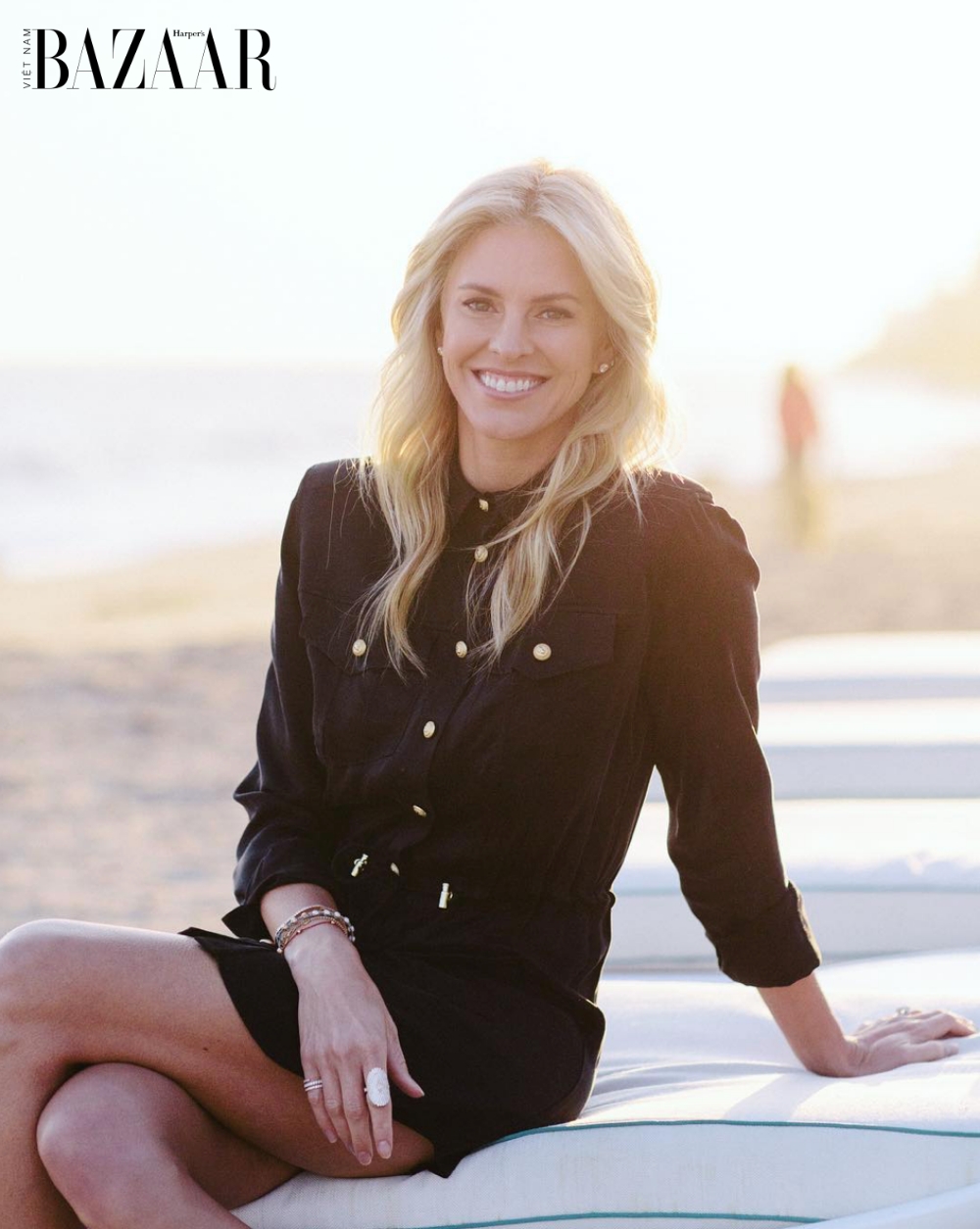 In fact, independent thinker Kelly Noonan Gores spent 20 years in front of the camera before deciding to turn her attention to filmmaking. Kelly is a supporter of Vietnamese Monk, Thich Nhat Hanh.

Kelly believes we influence our genes or genetic expression through the science of epigenetics. Epigenetics is the study of how your behaviors and environment can cause changes that affect the way your genes work. According to her, our thoughts, beliefs, and emotions play a big role in our health and she believes we have the power to heal almost any disease. She delves into this passion for healthy living through the documentary Heal, available on Amazon Prime Video.

Projects to watch for in 2022: Kelly is expanding the universe of Heal. She is now working on the Heal Podcast, a platform to spread holistic living. Follow her on Instagram handle @kellygores 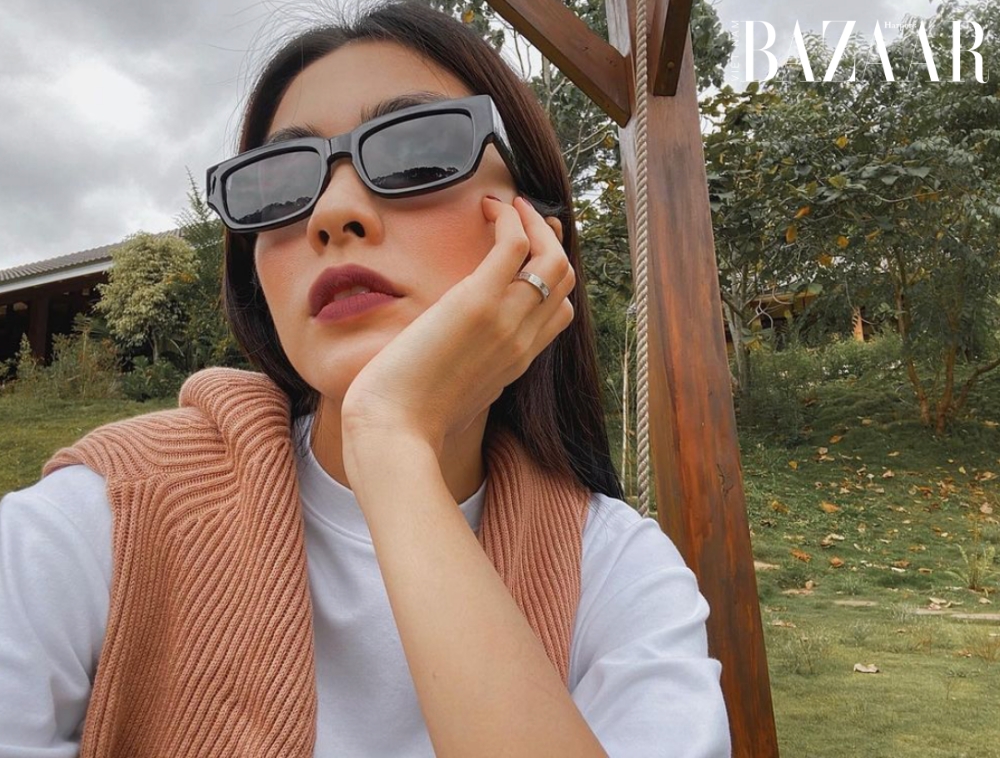 Tang Thanh Ha rose to fame with classic movie roles. However, after marrying Louis Nguyen, she has ceased all activities in the entertainment industry. She did this to focus on her family and business development. One would thought that her fame would fizzle out… but that did not happen. In contrast, Tang Thanh Ha’s influence is growing stronger than ever, as her business footprint takes hold.

Currently, Tang Thanh Ha is also the ambassador for many famous brands – Audi, Matala, Toshiba – in Vietnam. The success off-screen has brought the former actress’s name to a new level.

Projects to watch for in 2022: Tang Thanh Ha now focused on expanding brands managed by her family business. Including but not limited to YumBox, The Crab Shack, Sunnies Studios…