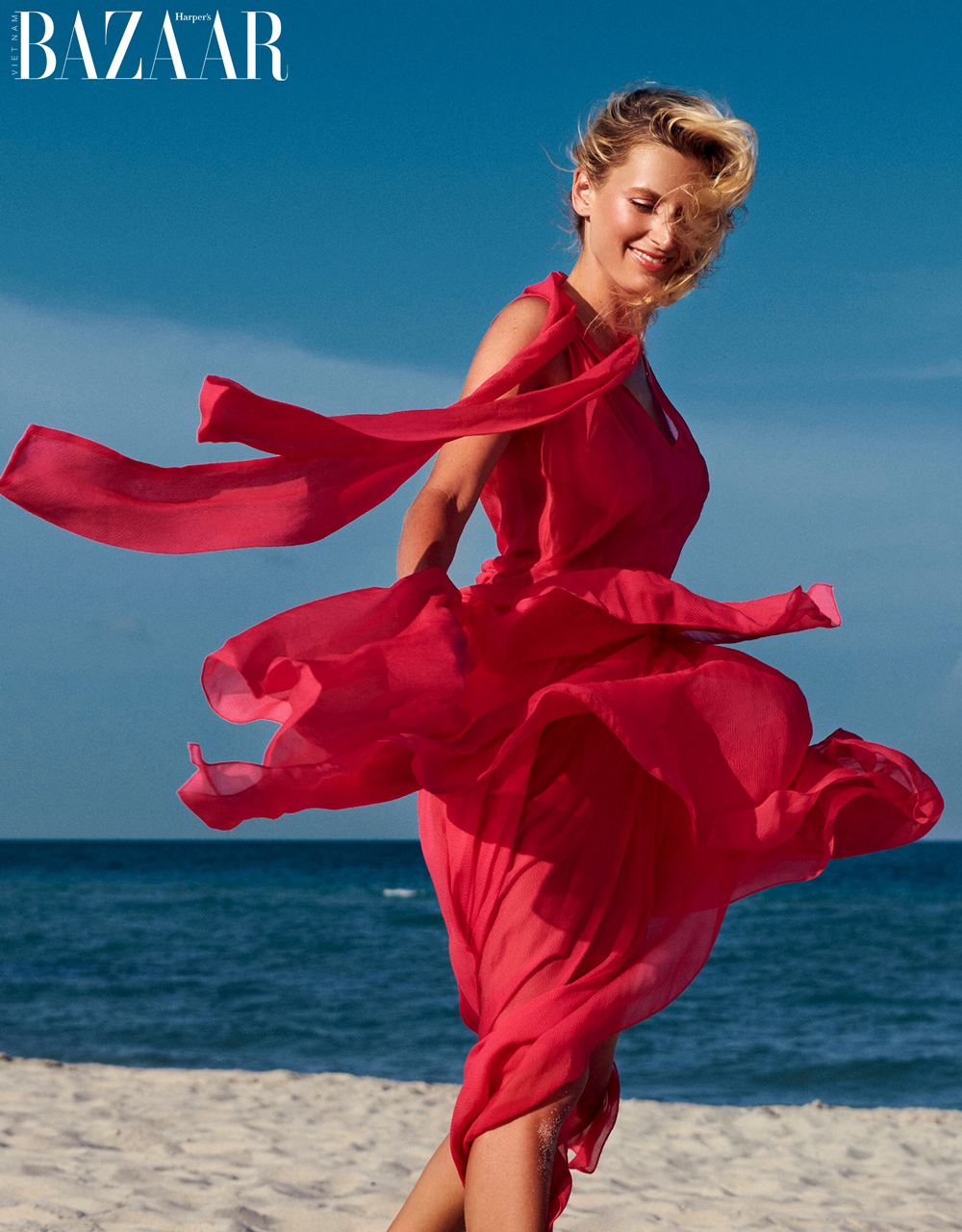 Zuzana Adam in a dress by BCBGMAXAZRIA.

“Fashion is my world of imagination, magic, and transformation. It is a world where you can symbolize your thoughts and connect beauty with design,” Zuzana Adam began her story. “To become a model and be a part of the fashion industry has always been my dream. I was fascinated by beautiful dresses, lights, and designs. I wanted to get to know the world, gain experience, and work with international teams.”

As a little girl, Zuzana Adam was quiet, shy, very skinny, and had short hair. “I remember one night I was watching a movie with my mum. The actor was Brigitte Bardot. I asked my mum, ‘Will I ever be like her?’ She started laughing and said, ‘You’d better go to study other subjects.’ I did not get the support I wanted, and I decided to do everything to make my dream come through. That was how the long way got started.” 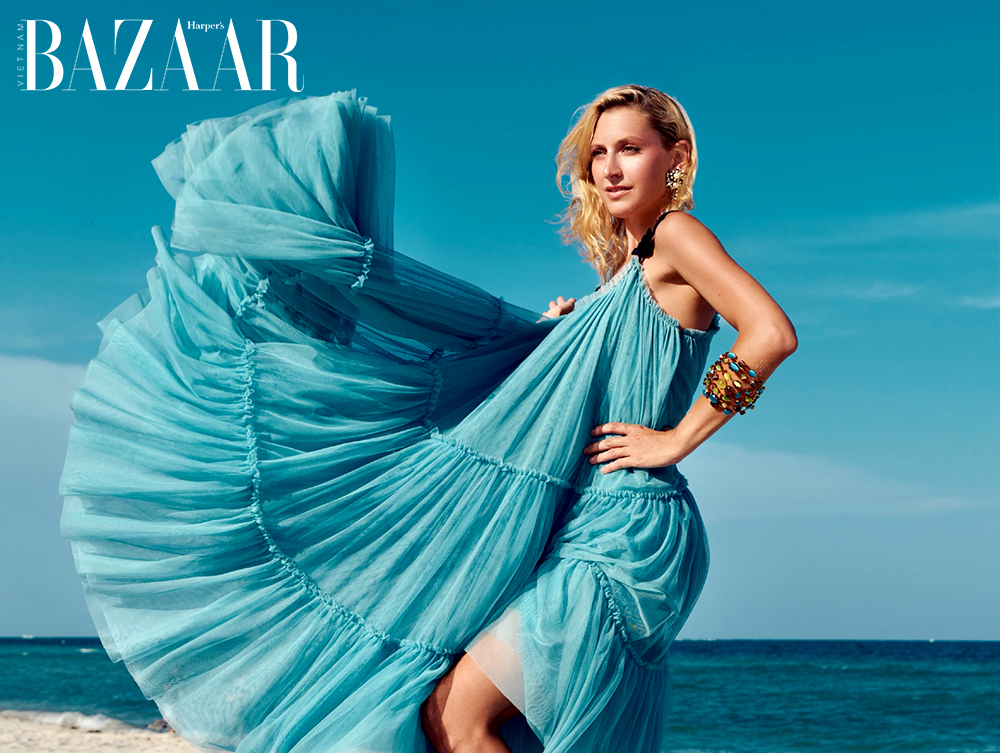 When Zuzana Adam was 17, she joined a modeling agency in Prague. She was studying. During her free time, she was working as a model. She modeled in Europe for brands such a Zentiva – a big pharmaceutical company. TV Nova – the primer television in the Czech Republic. J&T – the biggest financial European group. Among others were Nescafé, Orion Chocolate Star, Phillips, MC Donald, Tchibo, Absolut Vodka, etc. She joined castings for Guess, Ermano Scervino, and many more. “It was a great experience for me,” Zuzana said.

The University of Economics Prague accepted Zuzana Adam for a master’s program. Part of the studies was in Italy Firenze. When she finished her master’s program, a German agency scout discovered her. They signed her for a couple of contracts all over Asia such a Hong Kong, Shanghai, Beijing, Jakarta, Bangkok, or Guangzhou. For Zuzana Adam, “it was an opportunity to make my dreams come true.” Demand and competition in Asian countries are enormous. Working with the Asian teams of professionals was a great experience for her.  Every day she met with people from all over the world and learned from them. 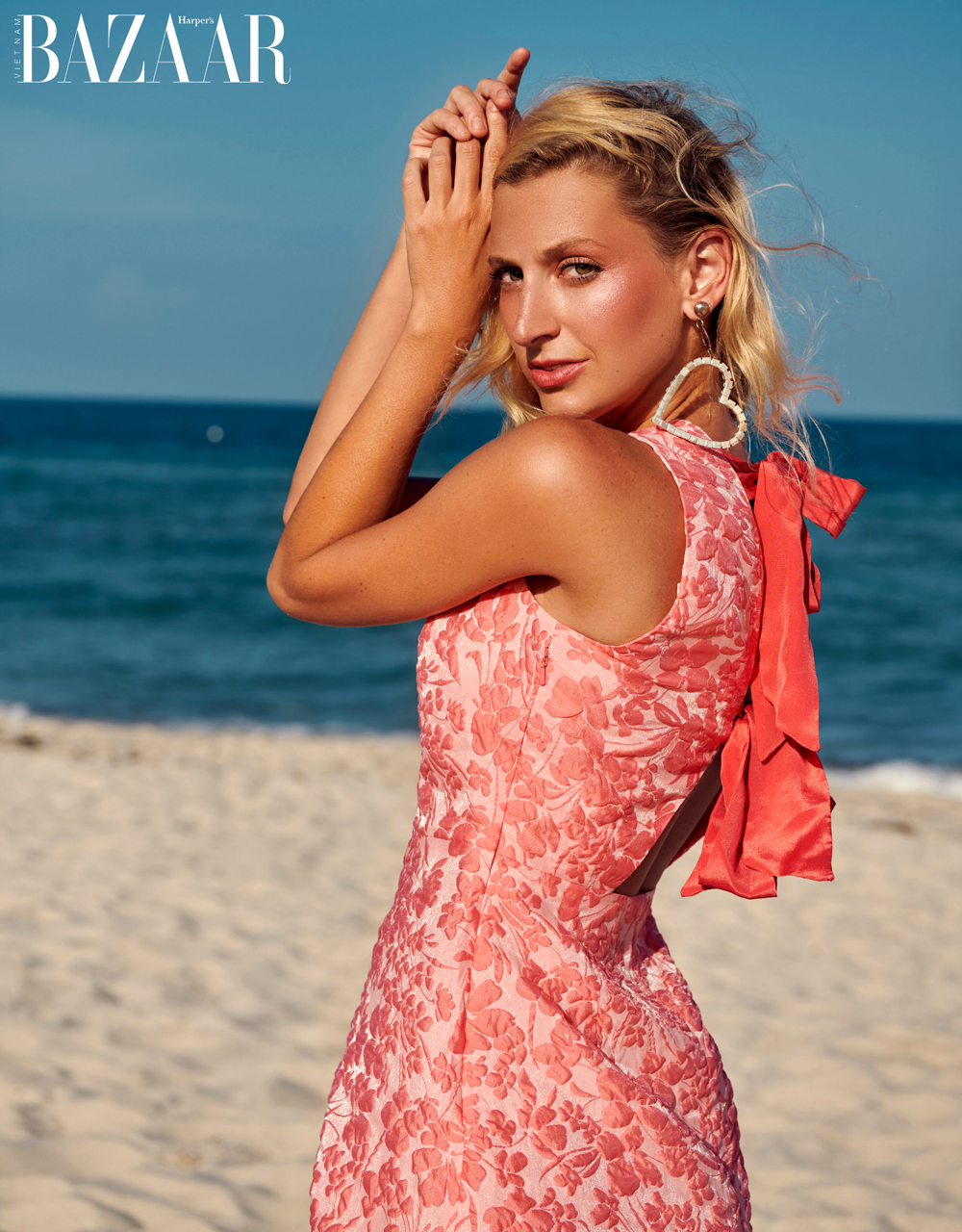 “Traveling the world made me independent. I improve my communication in English. I get to know new cultures, but mainly I work in the Fashion Industry which I love. My work has been featured in various fashion magazines. I watched the work of stylists, photographers, makeup artists, hairstylists, and I was learning and gaining experiences,” Zuzana Adam said.

She signed with a model agency in New York in 2017. The fashion industry in the USA works differently than in Asia. She “realized how important it was to gather all the materials about my work. I had to deliver letters of recommendation from at least eight agencies.” 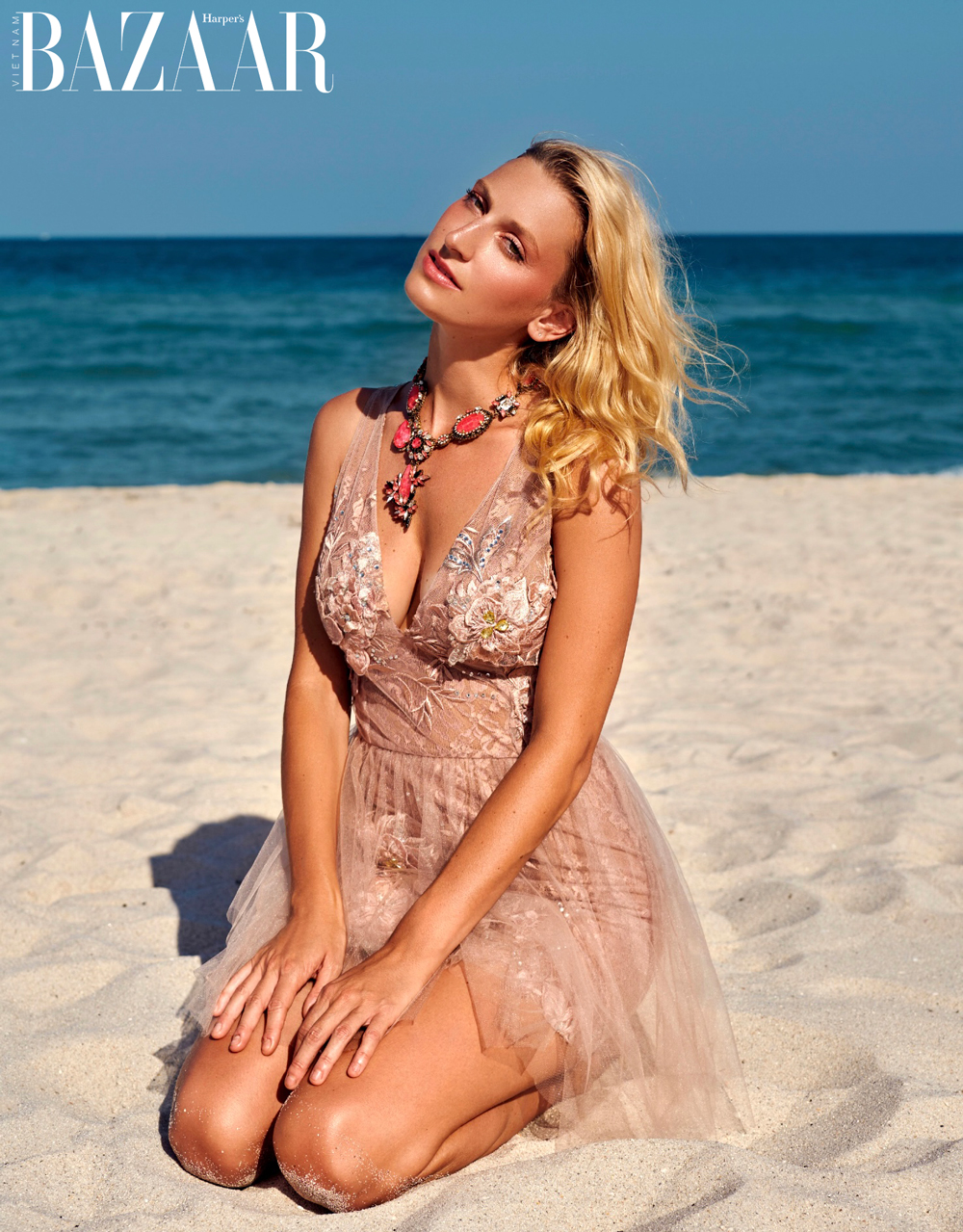 Obtaining a work visa in the United States is a very lengthy, complex, costly, and exhausting process. Zuzana Adam recalled, “I received a stamp in my passport at the American Embassy in Prague. In 2017 I left for New York with a working permit for three years.”

A new phase of her life had begun. The competition in the industry was tough. “You work with people from all over the world, and everyone wants to succeed.” She was lucky to work with names such as the Italian photographer Cristian Conti. Peter Laundries – a German photographer. Jon B Platt – a producer of big Broadway shows. She performed every year at the Fashion Weeks in New York, Paris, and London for various designers. Unforgettable experiences.

Zuzana Adam also loved working as a stylist, “I got a great job opportunity as a Style Advisor for a new project on Soho Broadway – Board Of Directors lately Le Board. The creative director was tough, but I learned a lot from her. She was one of the stylists performing on the project for the known series “Sex in the City.” They styled multiple clients and organized charity events to support women in need. 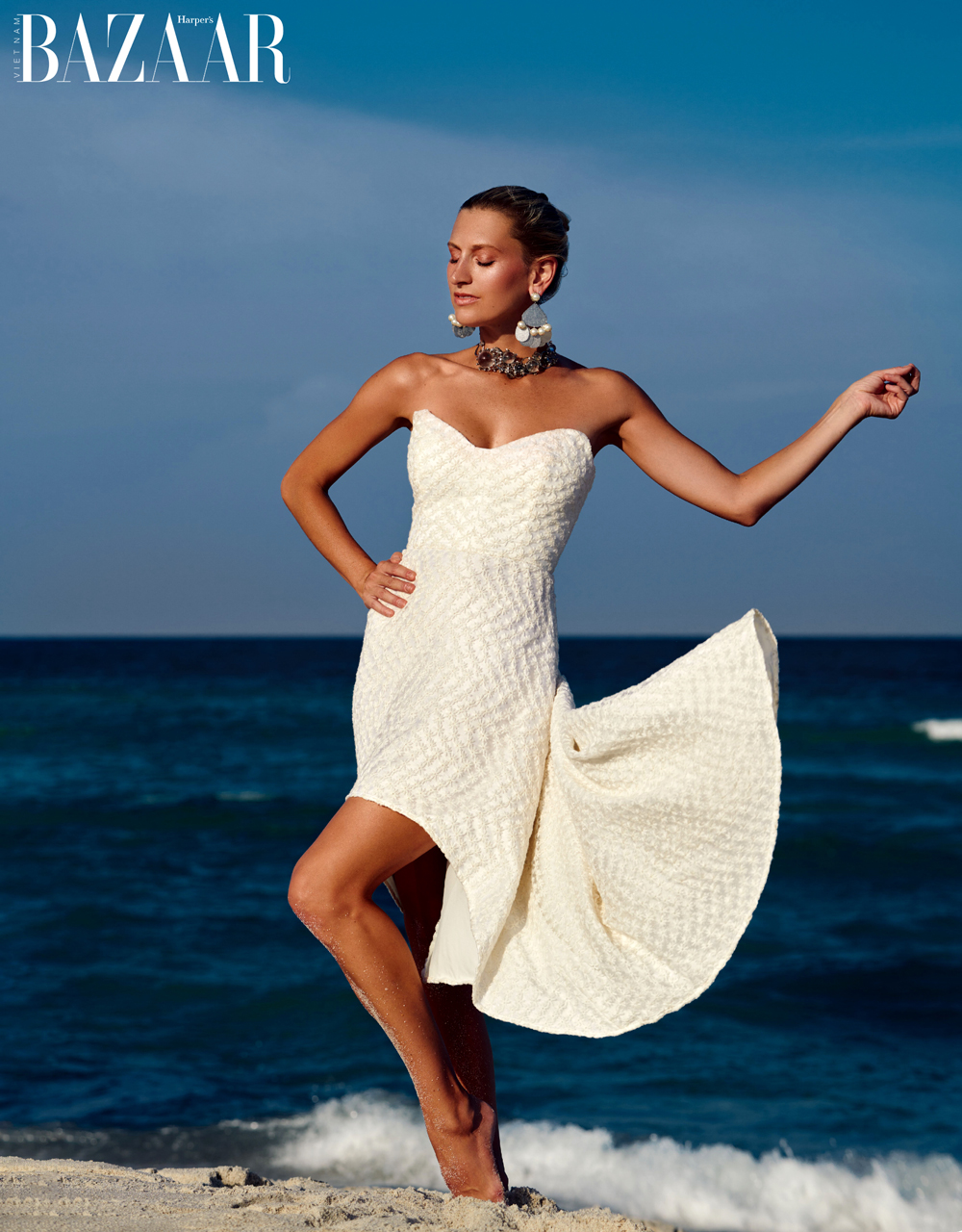 For love, Zuzana Adam went back to Prague. She soon realized what she had left behind and decided to return to New York. Life in New York moved fast. The people she knew were no longer the same. They had moved on. She had to start all over again. When she was applying for an extension of her work visa, the pandemic started. Life came to a halt. Many things ceased to exist. New York really slept for the first time. At the beginning of spring, Zuzana also suffered from a loss of smell and taste. And it has been two years since she saw her family.

Zuzana Adam ended her story, “These days the city is slowly coming back. I am excited about new beginnings, and I am concentrating on photography. I try to see things in the best ways I can. My pictures speak my mind and help to reveal the beauty of the moment.” 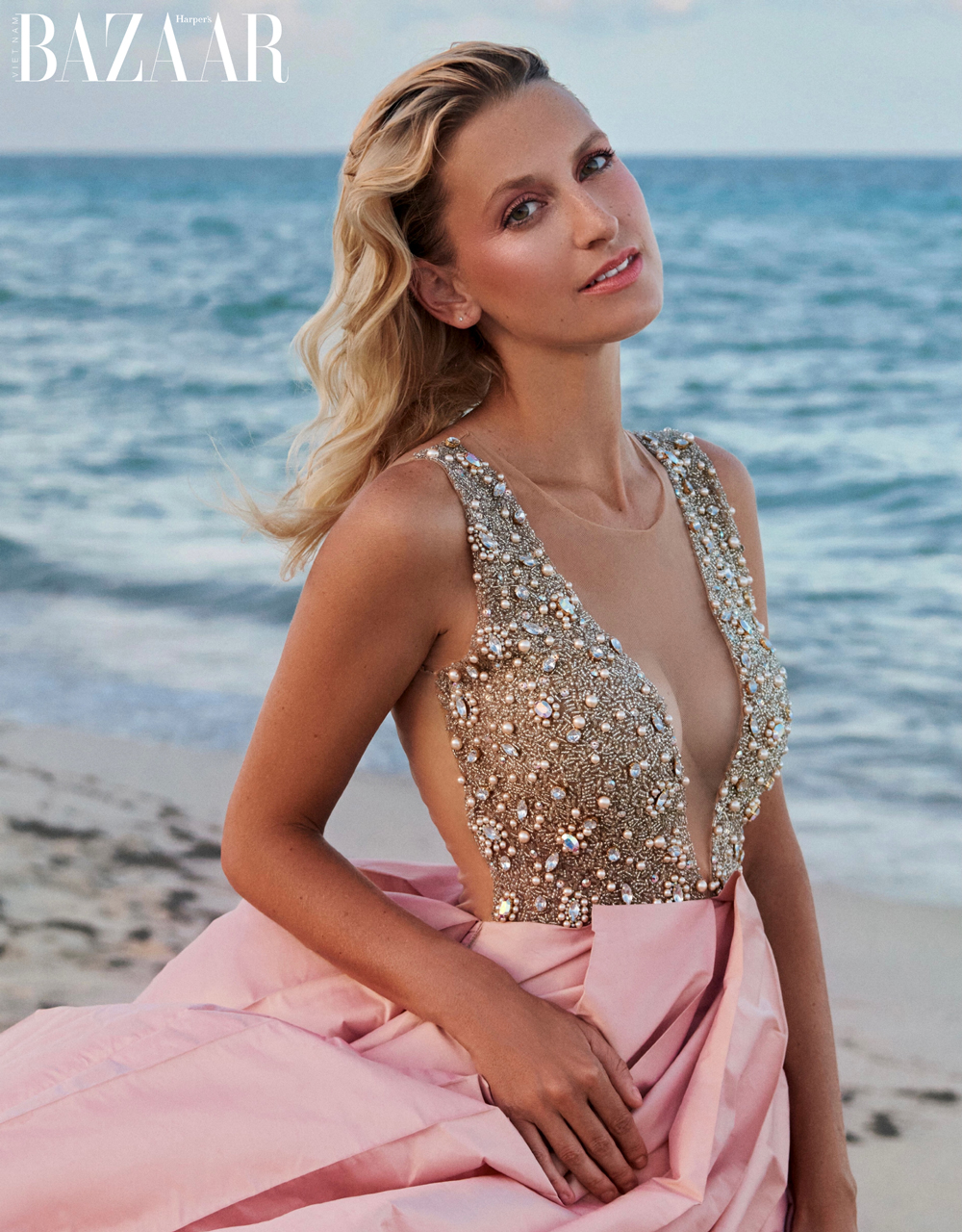