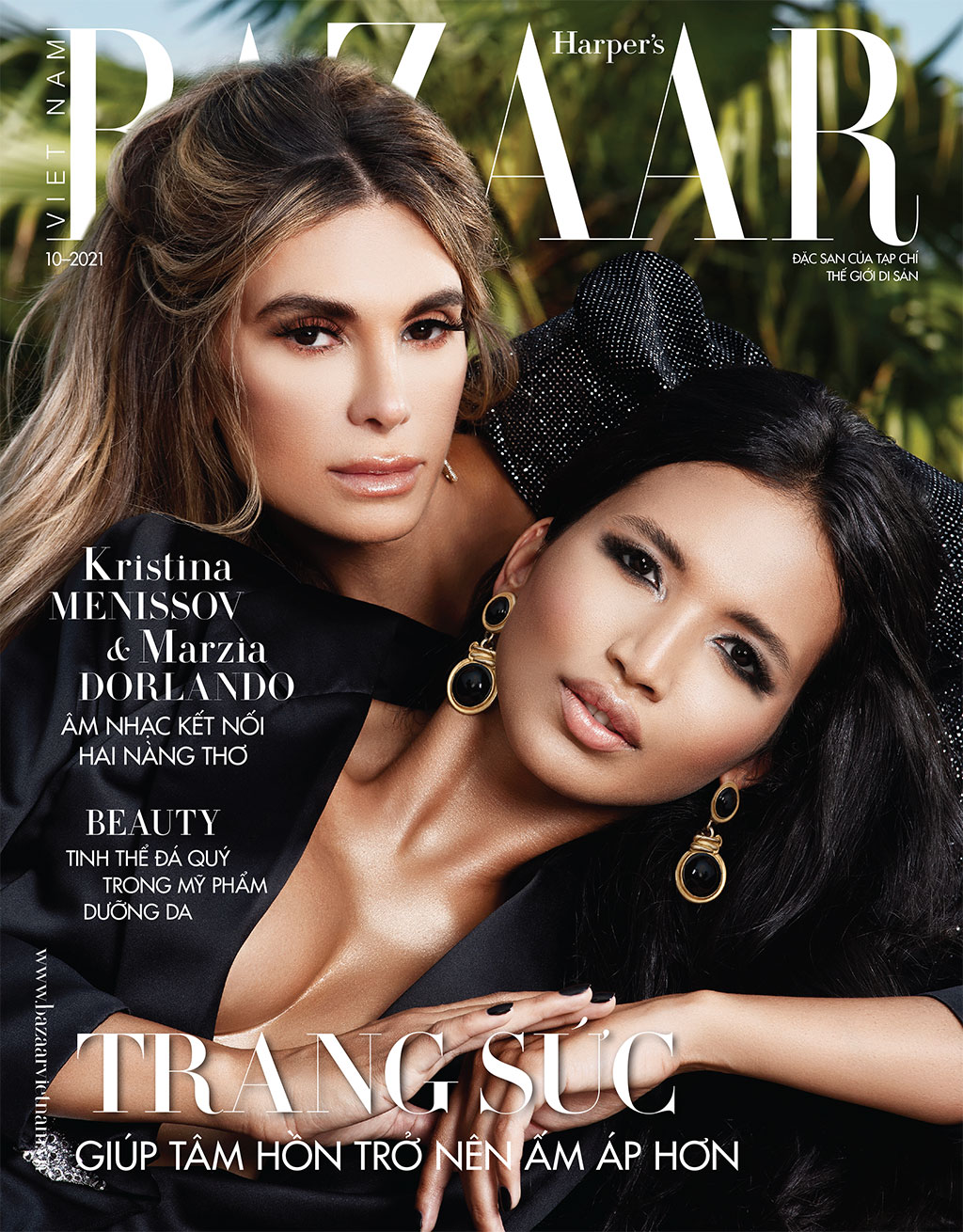 Marzia Dorlando and Kristina Menissov (below) on the cover of Harper’s Bazaar Việt Nam 10/2021. Both dresses, Alersundi. Earrings, Givenchy

Young and talented models build friendships for many reasons such as working together on photo shoots, walking the same runway, or perhaps even sharing the same management team. But in the case of Marzia Dorlando and Kristina Menissov, their shared passion for music was the bridge that connected them.

Marzia Dorlando: Music liberated my soul & sparked a desire to share it with the world

Marzia Dorlando was born and raised in the fashion capital of Milan in Italy. Since her childhood, she loved music and dancing with her mum even remembering that Marzia could dance before she could even walk! She got her big break in 2009 when she was discovered by the Elite-modeling agency and a year later had begun a parallel career in the music industry as a DJ.

Three years after signing with Elite, Marzia decided to move to the bright lights of Los Angeles to further her modeling career initially experiencing great success as she starred in the widely broadcast Motorola commercial with A-list actor Ashton Kutcher. Further exposure followed with more musically focused appearances most notably supporting Latin sensation Maluma and then Chris Brown, one of the kings of R&B.

In 2019, Marzia felt ready to release her first album which was entitled Just Like This and featuring 10 eclectic tracks showcasing the range of her talent and ability to span the pop, EDM, and tech house genres. The lyrics of the songs were inspired by Marzia’s life journey enabling her to share this unique representation of her experiences and relationships with her fans.

“Marzia Dorlando is such a talented young DJ. Her creative beats are catchy and addictive.” 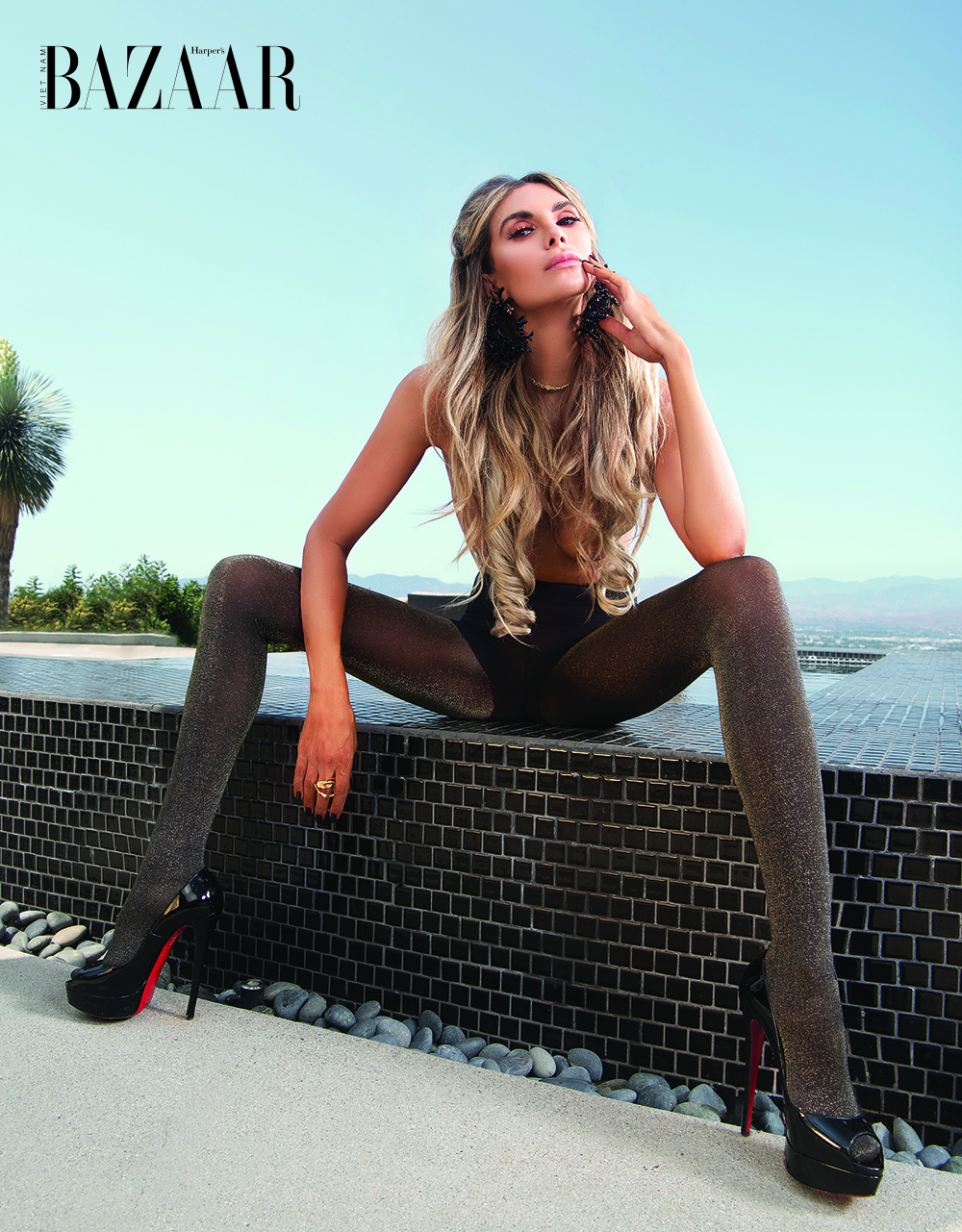 Recently, Marzia has spent a lot of time in the studio reflecting on her initial success and using this as a platform to grow as an artist and produce her next album. She also loves to travel and finds that new and varied experiences and perspectives are of great benefit to her creative process. She said, “Traveling is one of my favorite things to do. Each trip fuels my inspiration and motivates me to work even harder. My music is free and generous just like my personality. I love adventure and learning new things. I’m quite spontaneous and love to attempt things that other people would consider crazy.”

Marzia Dorlando’s maverick spirit coupled with her achievements in the fashion and music industry has captivated her fans. Her secret is to live with and be motivated by what she is passionate about and not to be distracted by the prospect of fame or material possessions. She confided, “I was very shy and scared the first time I stepped on stage or stood in front of the camera. However, I fooled myself that I was very confident and I gave the best I could. Every job requires passion and focus. Do not allow fear to destroy your ambitions. Do the best you can, you will overcome such obstacles and become a more confident person.”

Kristina Menissov: With music, my soul is revived

Born in Kazakhstan, Kristina played the piano and fell in love with opera during her elementary and middle school years. She naturally progressed to enrollment at the Kazakhstan National Conservatory of Music joining the international student exchange program, which afforded her the opportunity to study in the Eternal City of Rome in 2014.

Three years later Kristina was equipped to take the next stage of her journey. She moved to Los Angeles in search of greater opportunities as a singer. Although she had expected to develop her musical career, she was constantly complimented on her exotic Kazakh beauty and encouraged to consider an alternative career as a model.

Kristina confided, “Being of mixed Ethiopian and Kazakhstani ancestry was a mixed blessing at that time. At the beginning of my career, the industry wasn’t ready for ethnically ambiguous models and seemed preoccupied with very specific ethnicities and images. I wasn’t 100% Asian or 100% Black so my profile slipped between the cracks. Now I feel like the industry is finally ready to stop this categorization of models and is trying to embrace diversity and seek out unique profiles and talents.”

“The first time reading the lyrics of Breakout, I realized we shared the same thoughts and emotions.” 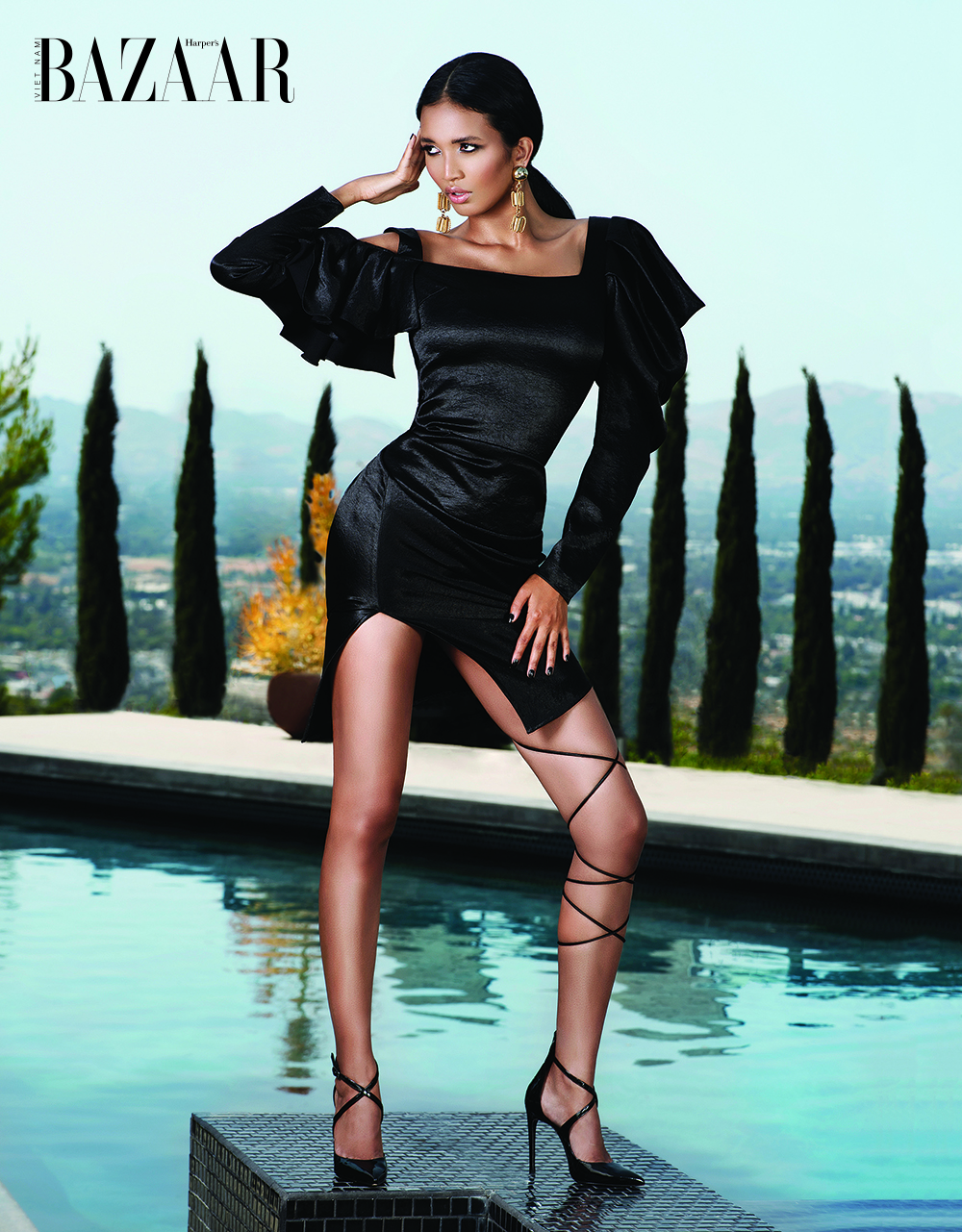 Singing is her passion

Since establishing herself as a successful model, Kristina has worked with world-famous designers like Roberto Cavalli, Michael Ngo, and Michael Costello. She has also graced the runway during Los Angeles Fashion Week and made a splash at Miami Swim Week. Supporting the world-famous rap star Tyga for the music video of his smash hit Ibiza last year was also a career highlight for Kristina.

Despite enjoying great success as a model, Kristina Menissov freely admits she still prefers singing. She shared with us, “When I’m not working, I spend time with my 5-year-old son and play the piano. Music will always be my highest passion. It revives my soul and the feeling of being back on stage and singing is wonderful.”

Kristina is now concentrating on her singing career after signing with the famous music producer Andrew Lane who is known for nurturing superstar boy band The Backstreet Boys as well as Irene Cara, a leading star from Fame, the iconic 1980’s musical. Kristina delighted fans by singing pop on her come-back single entitled Taking Over LA in the summer of 2020. Her latest single released in April 2021 is called Breakout, featuring the glamorous Italian DJ Marzia Dorlando. Kristina is currently back in the studio preparing for her single and planning collaborations with a collection of exciting young artists.

At the photoshoot for Harper’s Bazaar Vietnam, these two talented, young female artists discussed the music collaboration that they have released.

Harper’s Bazaar (HB): Hello Marzia Dorlando and Kristina Menissov. How did you enjoy the photoshoot?

KRISTINA MENISSOV: Thanks to Marzia Dorlando, our song Breakout has been really popular in Europe and we are delighted to have been invited to grace the cover of Harper’s Bazaar Vietnam.

MARZIA DORLANDO: The Harper’s Bazaar cover was shot in Los Angeles in a stunning villa with breathtaking panoramic views of Beverly Hills and the wider Los Angeles cityscape. The weather was gorgeous as usual and I was just so happy to work with Kristina again. The whole team really enjoyed the day 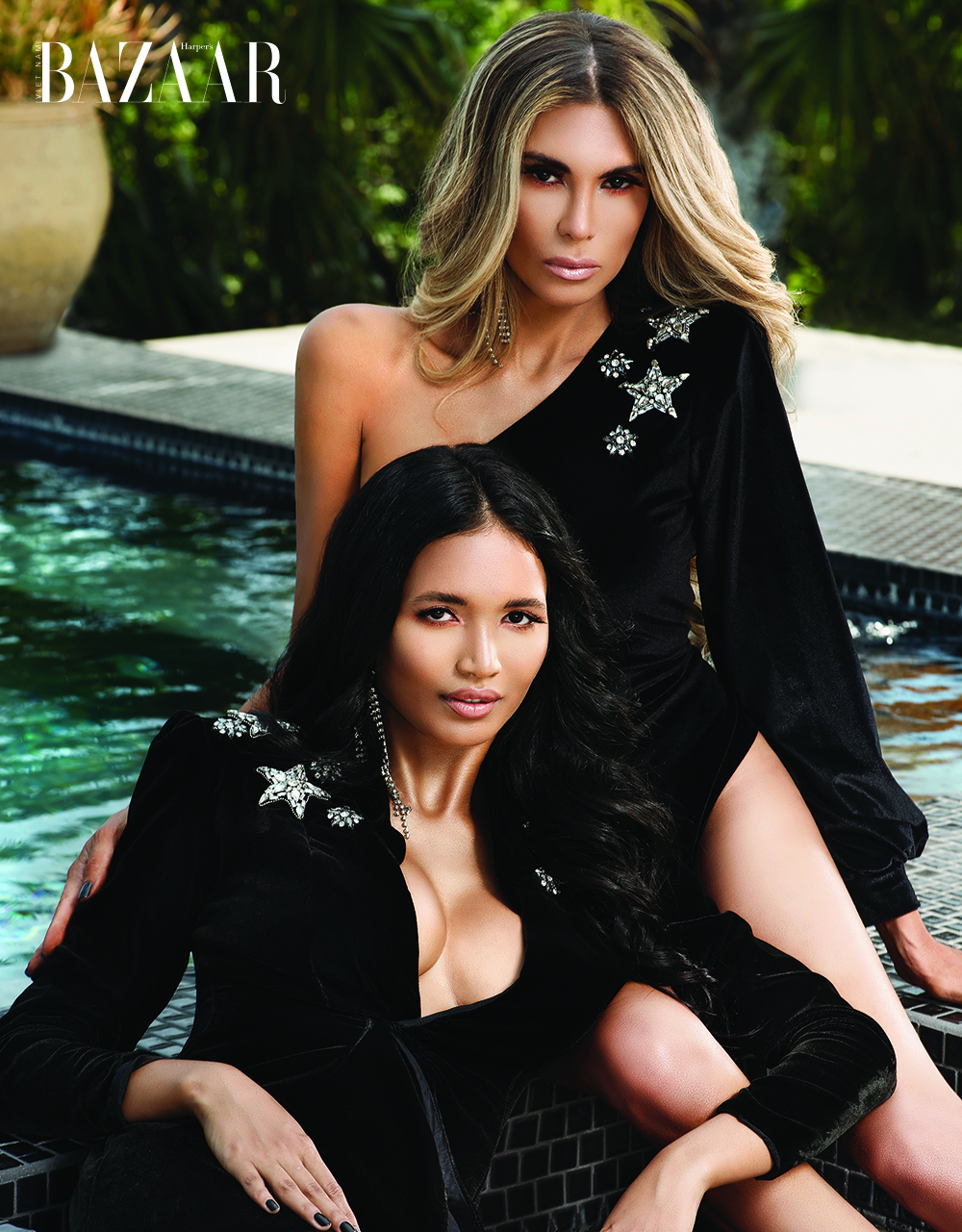 HB: How do you feel about your collaboration? How did your skills complement each other throughout the production?

MARZIA DORLANDO: I was so happy when Kristina called and said she had an idea for a song. I immediately agreed to participate because I love her music so much. When I came to the studio, her lyrics inspired me to create new beats.

KRISTINA MENISSOV: When I was writing the lyrics with my co-writer Andrew Lane, I was just expressing my feelings and I hope that this song will inspire others to keep going and achieve that much-needed Breakout. Marzia is a very talented DJ and I am a singer. So when we got together in the studio, we both did what we do best. 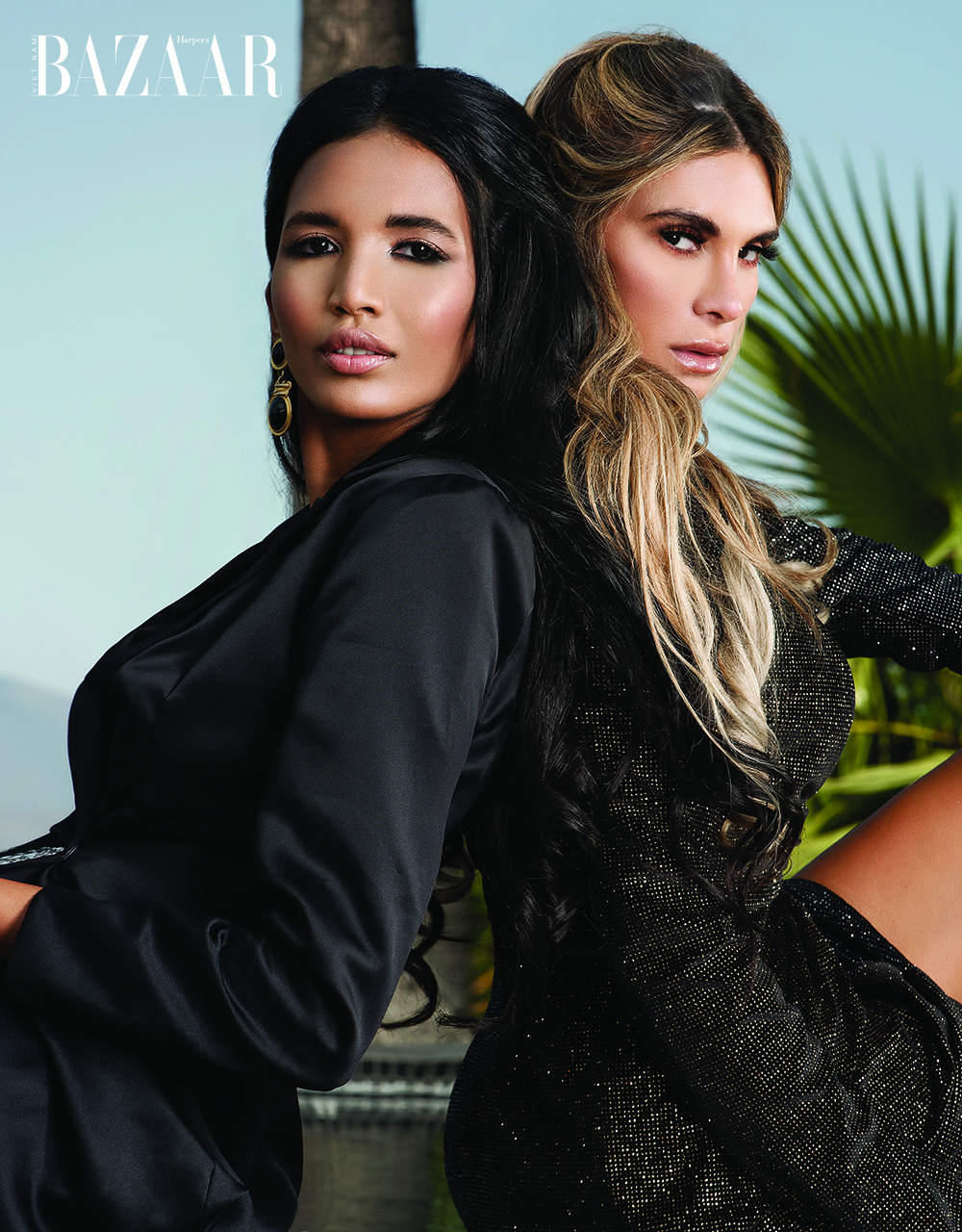 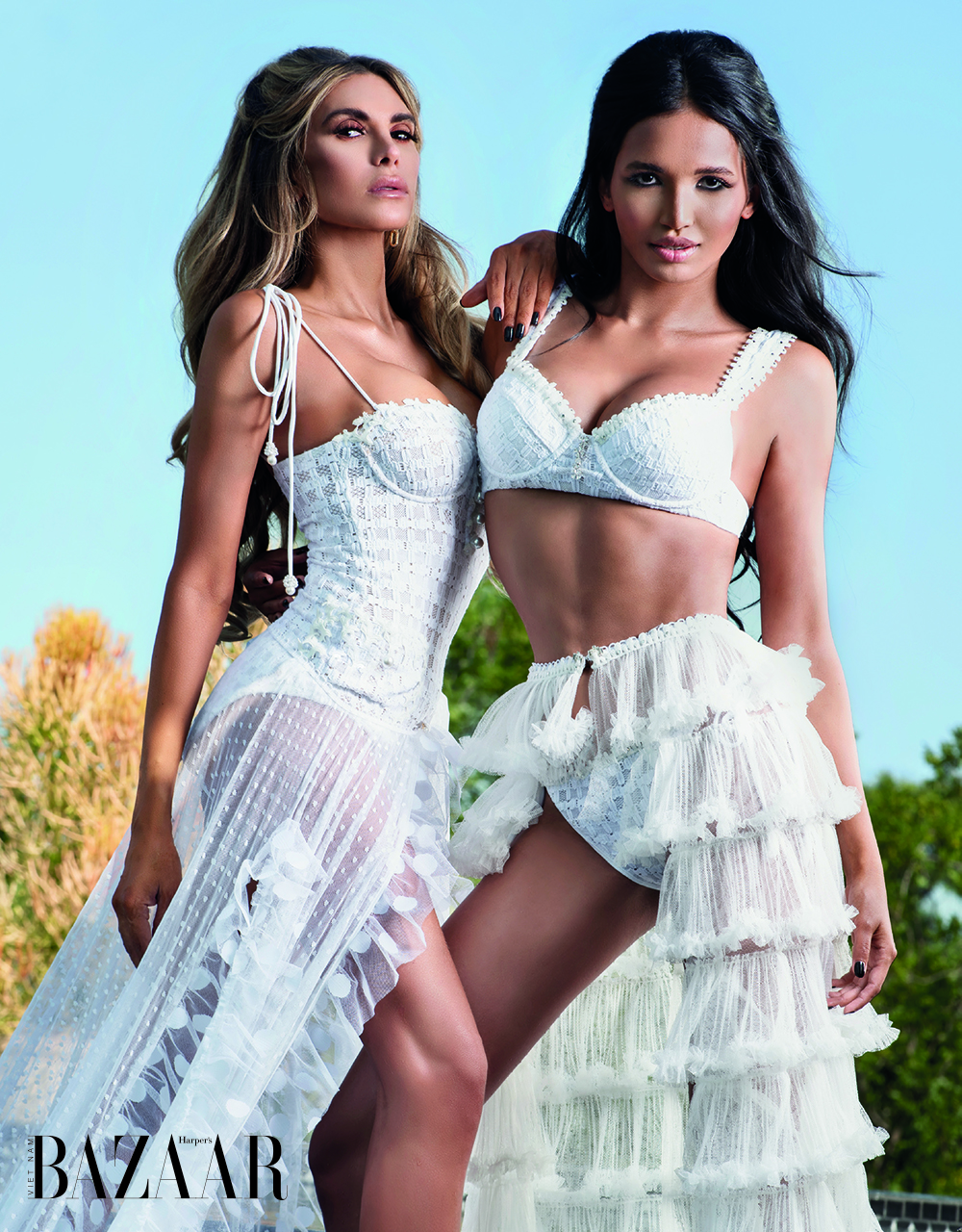