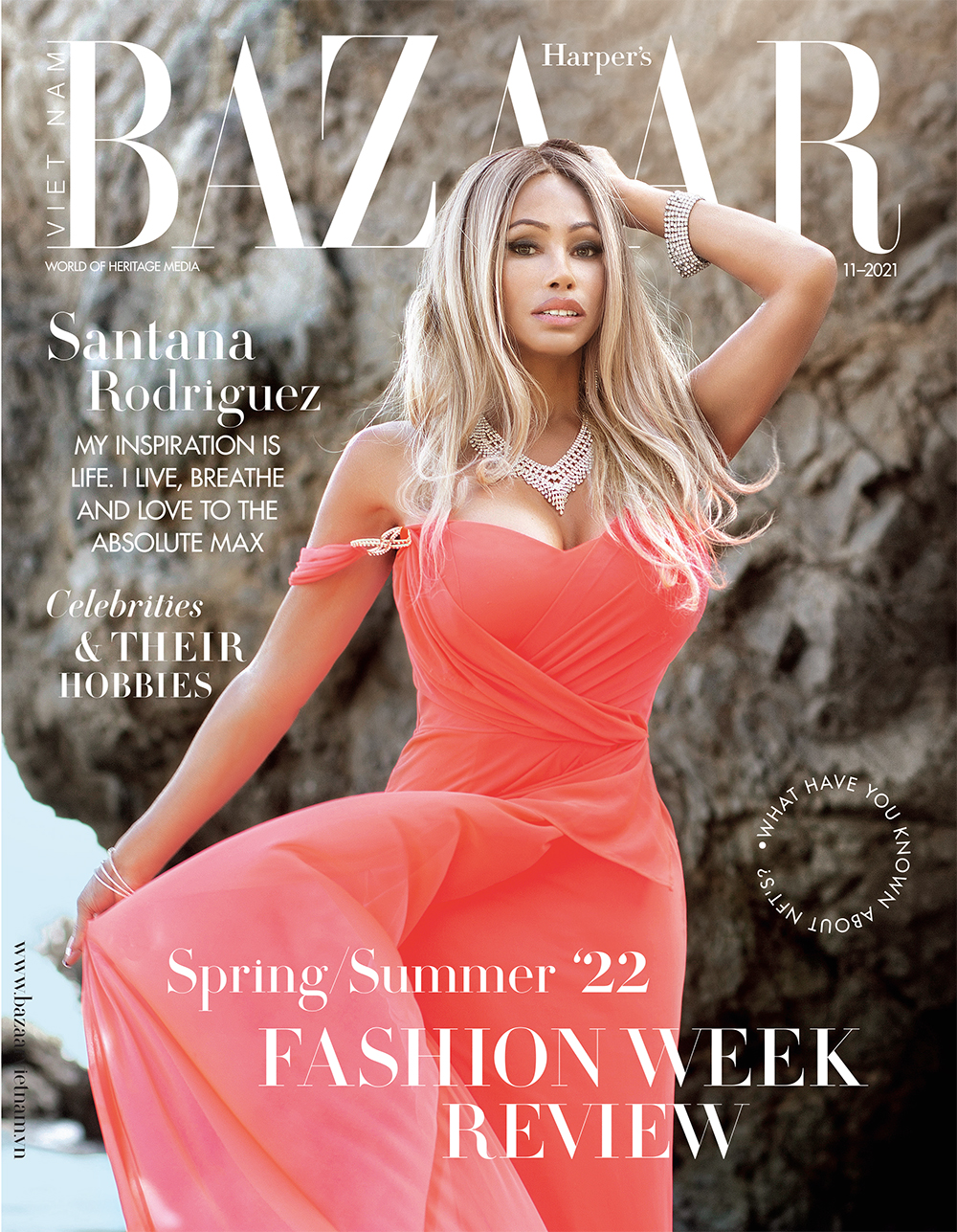 Over the past two years, the world pushed the pause button because of the pandemic but Santana Rodriguez’s fame has skyrocketed. Now, more than ever, people must be mindful of their health and overall wellness. That’s where the soon to be a global star steps in.

This beauty of mixed Puerto Rican and Brazilian heritage stumbled upon hosting a virtual show that focuses on fitness, dance, exercise, and nutrition. It is called Shaping Up with Santana.

The show streams 24/7 on ROKU and YouTube, which makes it easy for anyone around the globe to practice anytime and anywhere.

Shaping Up with Santana: Mental health is just as vital as physical health

“I created, produced and hosted the Shaping up with Santana fitness television series in March of 2020 when the pandemic hit. Since many people were not able to get into the gym to work out, I created home workouts that people could complete in their home or outdoors,” shared Santana about the idea behind the TV show.   It is so vital to workout for not only physical reasons but also for mental health. While so many of us were suffering from stress during this time, it was crucial to keep people in shape while at home and in a good place mentally.

Shaping Up with Santana airs one episode at a time and each episode has its own workout theme. The fitness series quickly took the world by storm enjoying massive uplifts in the number of views. Due to social distancing, the public had no choice but to stay at home and watch television. However the rocketing growth in the number of views was not only because people needed to stay at home. There are many new fitness programs in the world nowadays so what was special about Santana’s show? 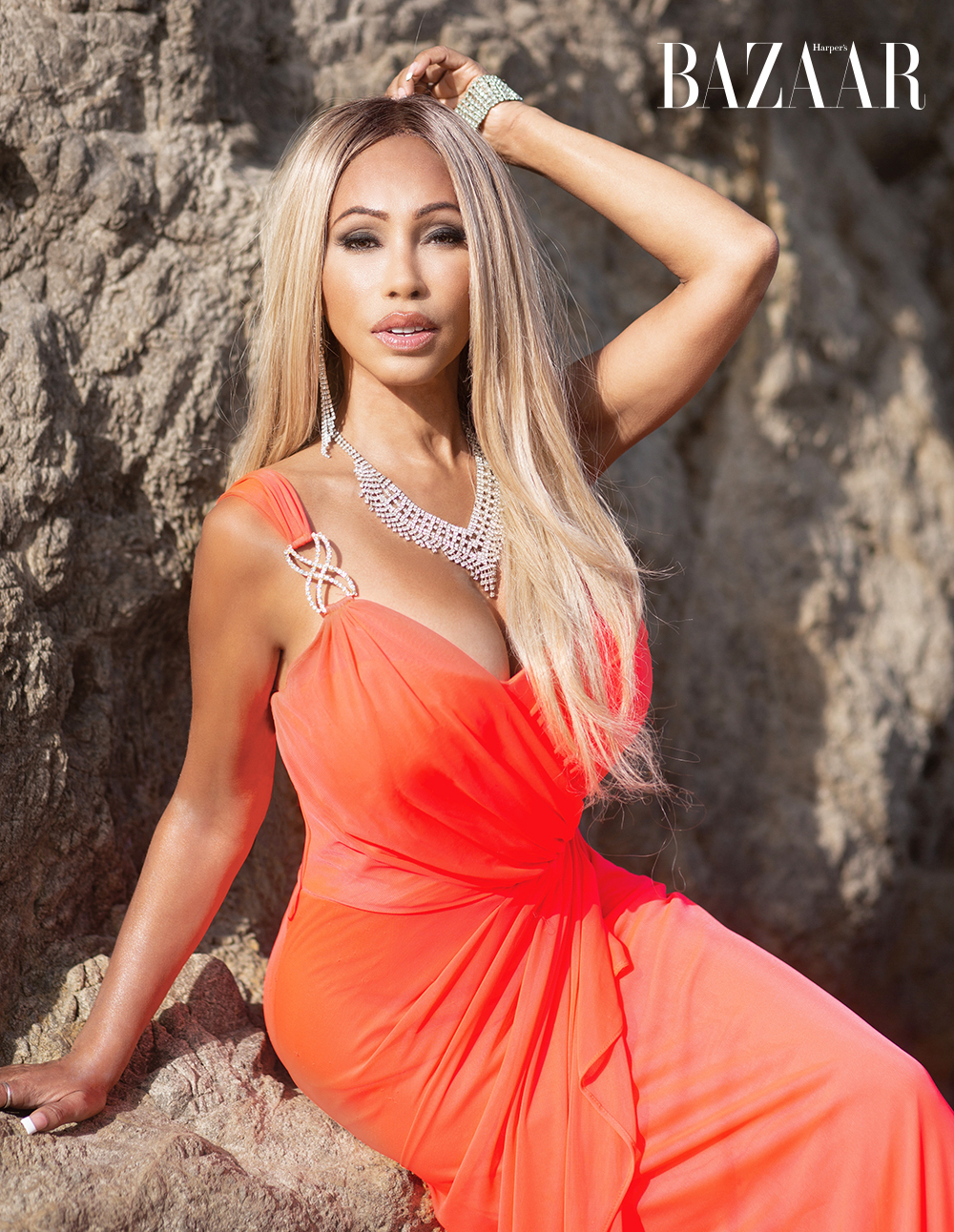 The fitness star revealed that she did not only share routines to improve the body, but also offered essential nutrition tips and focused on increasing viewer’s motivation and uplifting their spirits. That is how Shaping Up with Santana differentiated itself from other shows. “We’re not a technical show. I want to make it as simple, straightforward, authentic, and down to earth as possible,” following such principles, she independently produces and hosts the fitness series.

Santana’s training program is easy to watch and is friendly to everyone on the planet. Even if you are not a professional, or you have no equipment at home, you can still keep on track of your fitness routine with Santana Rodriguez.

Shaping Up with Santana promo video

By appearing on Shaping Up with Santana, Rodriguez gives a striking first impression with her attractive, exotic beauty and healthy bronze skin. She is of Puerto Rican and Brazilian descent, but is often mistaken for a Filipina, which does not upset her. “I love having an international look because it makes me feel like I have a little bit of everything in me. I love culture and I love being unique. It’s the way God made me.”

Before Shaping Up with Santana started and became a phenomenon, Santana Rodriguez was already an established star. This Latin American artist established her acting career and modeled for magazines while building her profile in the fitness industry. She won six prestigious regional modeling titles, which culminated in her being crowned Ms. Team USA Modelquest Champion, a very impressive achievement. 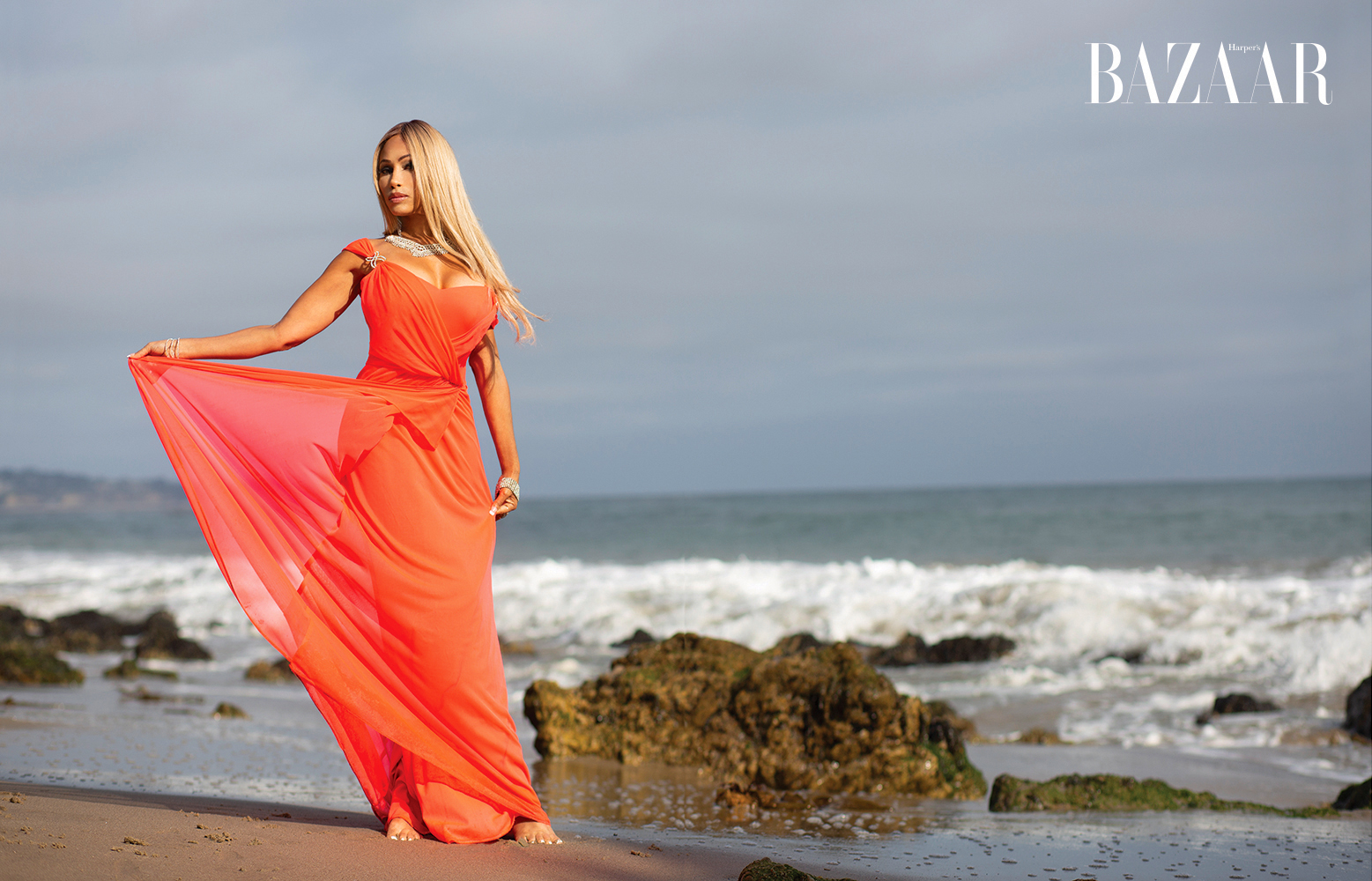 Nevertheless, Santana still spoke of such achievements with a humble attitude. “I began my journey by winning titles in the fitness industry. I won 6 regionals which was exciting and took a National title. Some were Miss Los Angeles, Miss Long Beach classic, Miss Figure Goddess just to name a few.”

When I asked her about her national title of Ms. Team USA Modelquest Champion, the Latin American beauty spoke with pride, “When I won my National Title of Miss Team USA National Fitness Champion, I was elated. It was the most incredible honor of my life. I trained so hard and receiving the title was worthy of all of my hard work.”

Rodriguez’s glory did not come by coincidence. This recognition is the result of practicing for months on end and the ‘not-giving-up-at-any-cost’ motto she mentioned to us at the beginning of our talk. On top of her acting career, this exotic beauty has been published in over 40 magazines, including gracing 14 covers in her print-modeling career. She has also worked as a television host and motivational speaker to younger people trying to make their way in the world. 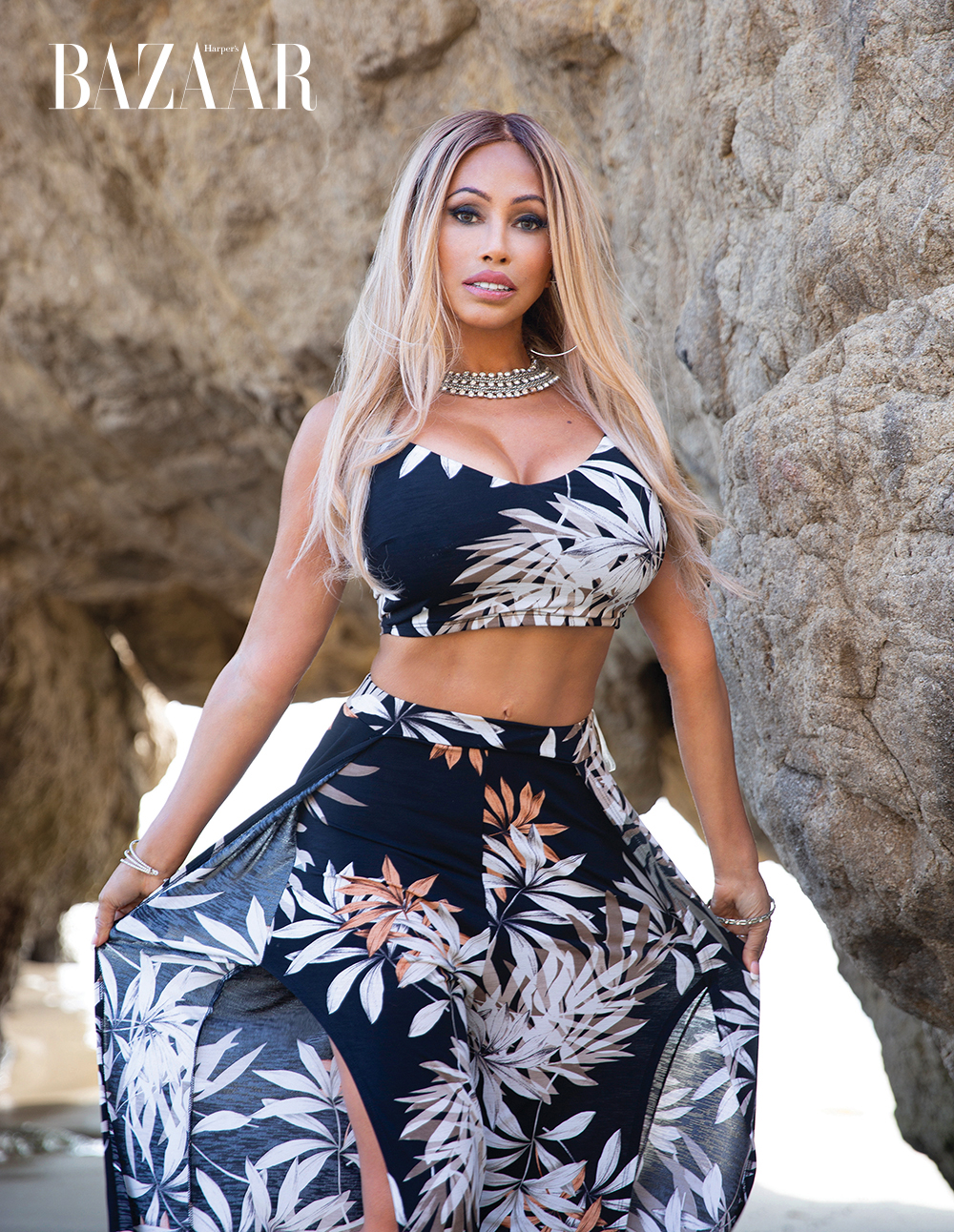 While following her passion in entertainment and fitness, Santana has always been well aware of her responsibilities as a role model. She always looks for opportunities to spread positivity and give back to her community. For over four years, Santana has been working with the Big Brothers, Big Sisters organization in Los Angeles mentoring a child from the age of nine. This charity is an American non-profit organization that aims to guide and support teenagers by providing meaningful community-based relationships with adult volunteers like Santana.

The same goes for Shaping Up with Santana. In addition to helping people to stay healthier and happier during the pandemic, Santana began with those closest to her heart, her family.

“I had parents that were sick and fought through serious illnesses. I wanted to create something special to give back, not only to my parents, but to the community.”

When I asked her about what she wants people to remember her for, the Latin American beauty said, “That I gave back to the community and those in need and made a positive difference to the lives of others. I also want to be remembered for my spunky personality,” said Rodriguez.

A spunky and compassionate fitness goddess

Santana Rodriguez’s spunky and relaxed personality seems to have little to do with her looks or the great titles that she has won. Despite the temptations and glamour of the entertainment industry, this Latin American woman maintains a pure and simple heart.

“Actually I will never get used to being a celebrity. I will never feel above or different from anybody else,” she confided. In her spare time, Santana Rodriguez enjoys a low-key lifestyle like many other women. She loves to hike, dance, read books, travel, visit restaurants and spend quality time with her family. 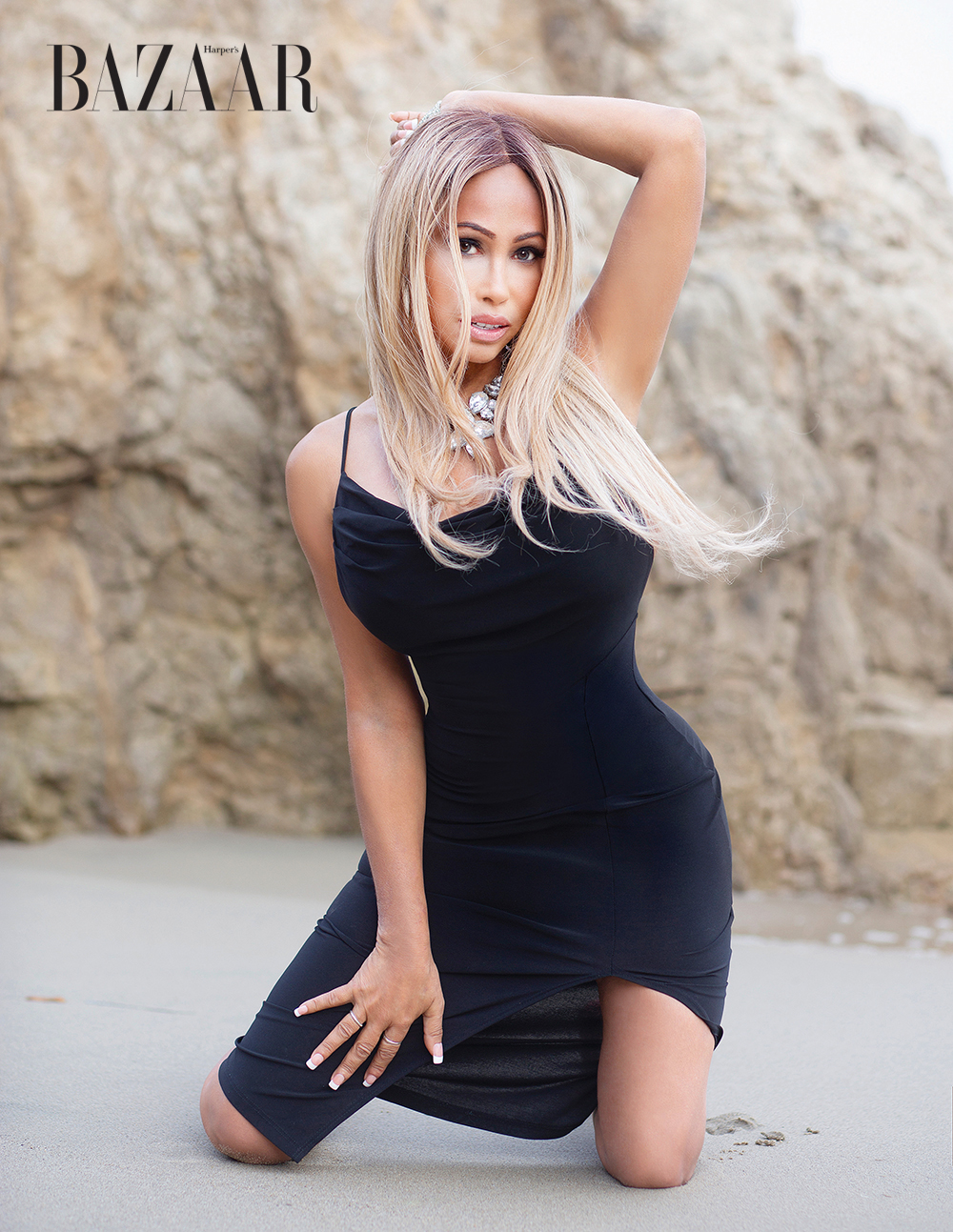 Inspiration and plans for the future

Santana Rodriguez is inspired by life. “I live, breathe and love life to the absolute max. You can’t take back time so you need to make the most of your life because you only get one shot.”

She offers the following advice to her fans that look upon her as a role model, “Sometimes things are going to feel hopeless in life, but you have to pick yourself right back up and keep the faith. Things will only pay off when you work hard enough.”

So what will be the next move for this fitness queen? “To be the face behind a major product or brand,” Santana promises us.

Stay tuned for new projects from Santana Rodriguez. You can visit Santana for inspiration and to immerse yourself in good vibes at Instagram @santanafit and website www.santanasantana.com. 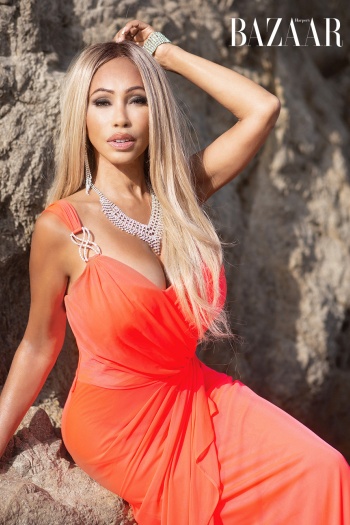