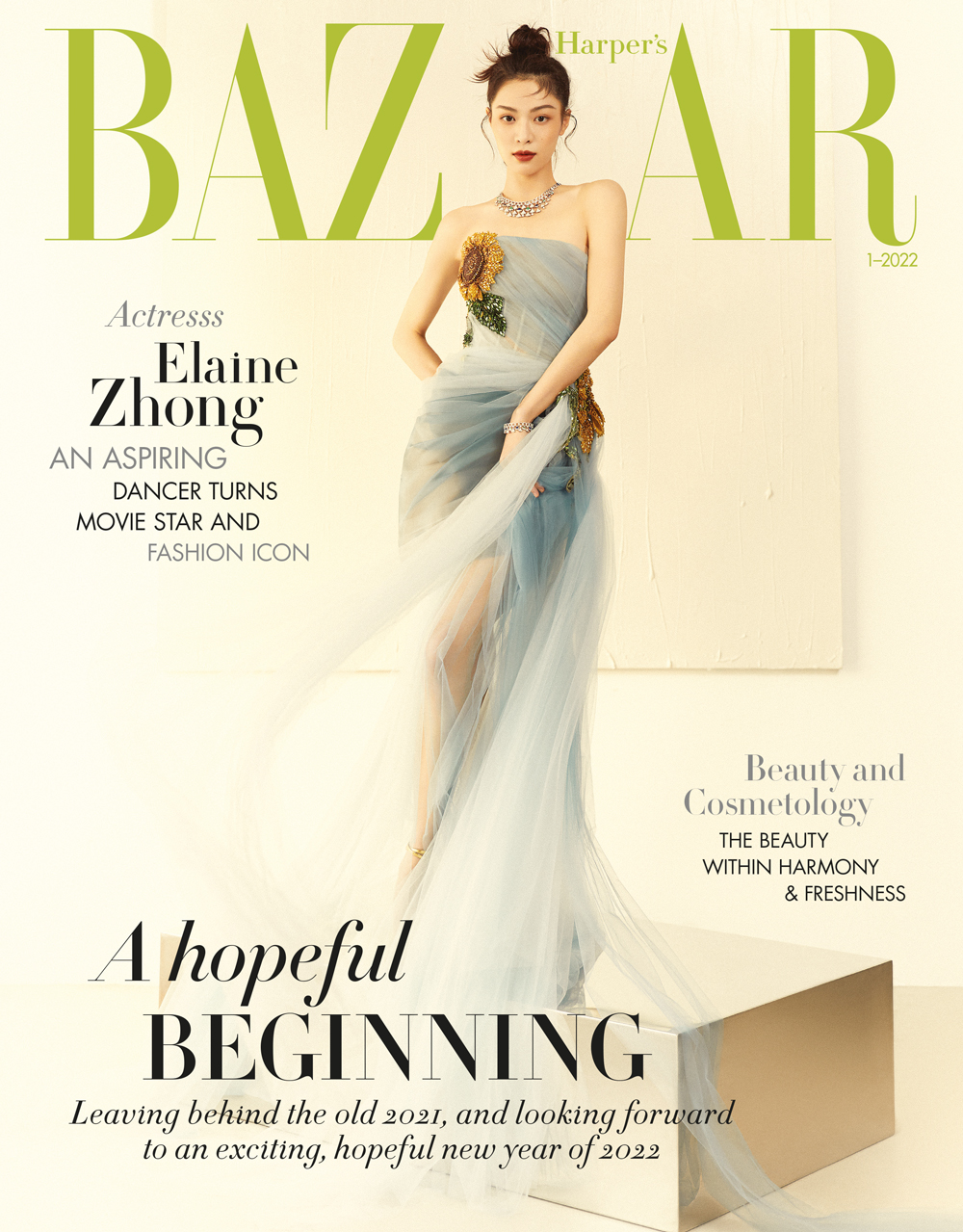 Elaine Zhong walked into our photoshoot set so radiantly, and with her fine figure, she reminded us all of an elegant flower. Joining Harper’s Bazaar Vietnam for this January’s photoshoot, the actress turns into a serene, delicate muse.

To our amusement, Elaine attentively applies her makeup right on the set for this photoshoot. Upon her arrival, the actress sits down and discussed the concept of this photoshoot with our creative director and the photographer. And she started to do her makeup and get ready for the session. “How inspiring”, complemented by everyone as they admired the beautiful actress. 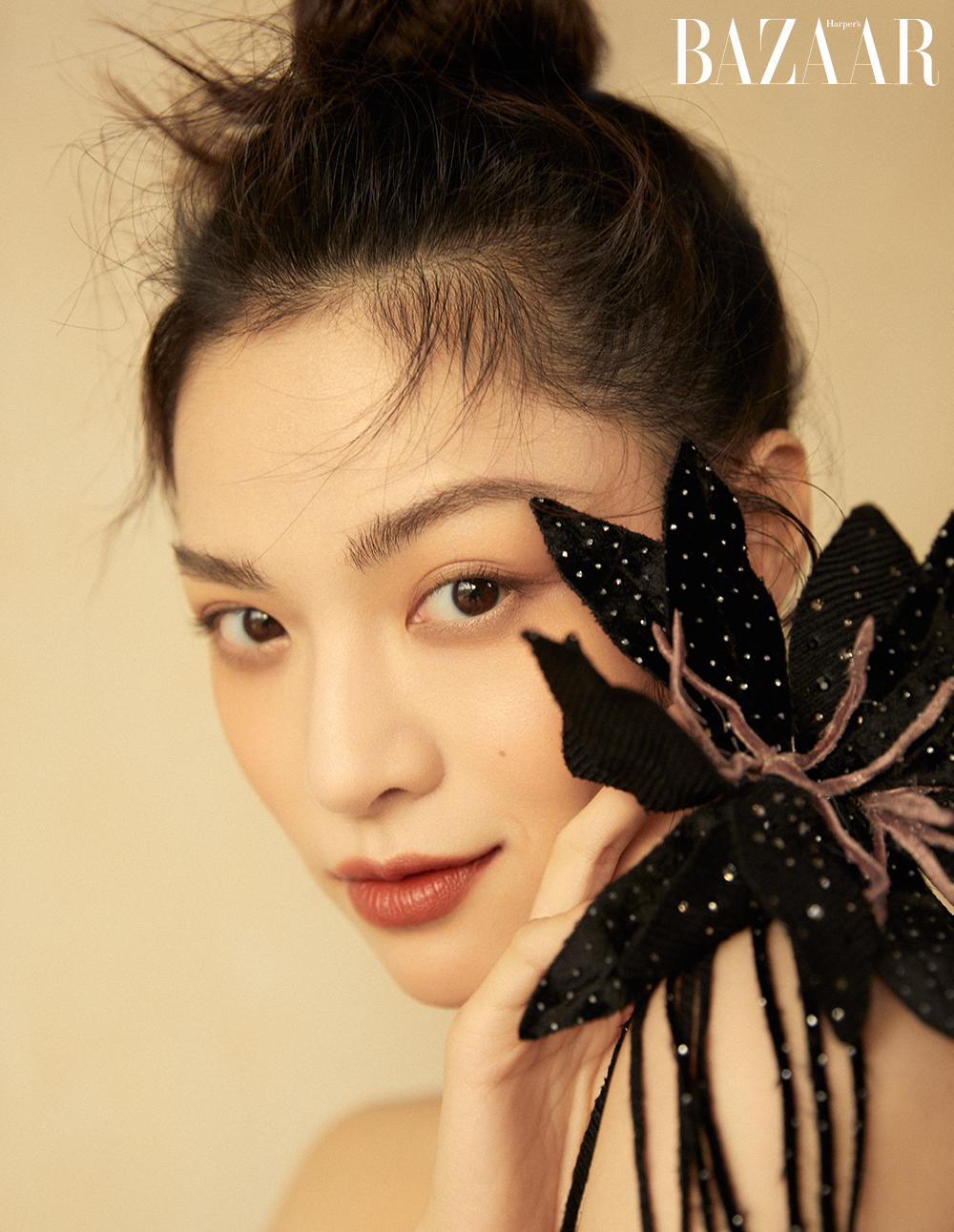 An aspiring dancer who fell in love with acting

Body flexibility and movement have always been strengths for the 1993 starlet. Before taking the cinematic stage, she was a dancer. Elaine trained in the art since age three, and it was always a part of her growing up. When Elaine graduated from the College of Dance at Shanghai Theatre Academy, her family and friends encouraged her to give acting a try. In 2013, she landed her first role in the series Obstetrics and Gynaecology of Love, which marked the beginning of her acting career.

In 2017, her charm and natural acting style caught the eyes of the famous director Feng Xiaogang. The director invited Elaine to play the lead role in Youth (Feng Hua), a Chinese drama movie based on Yan Geling’s novel with the same title. 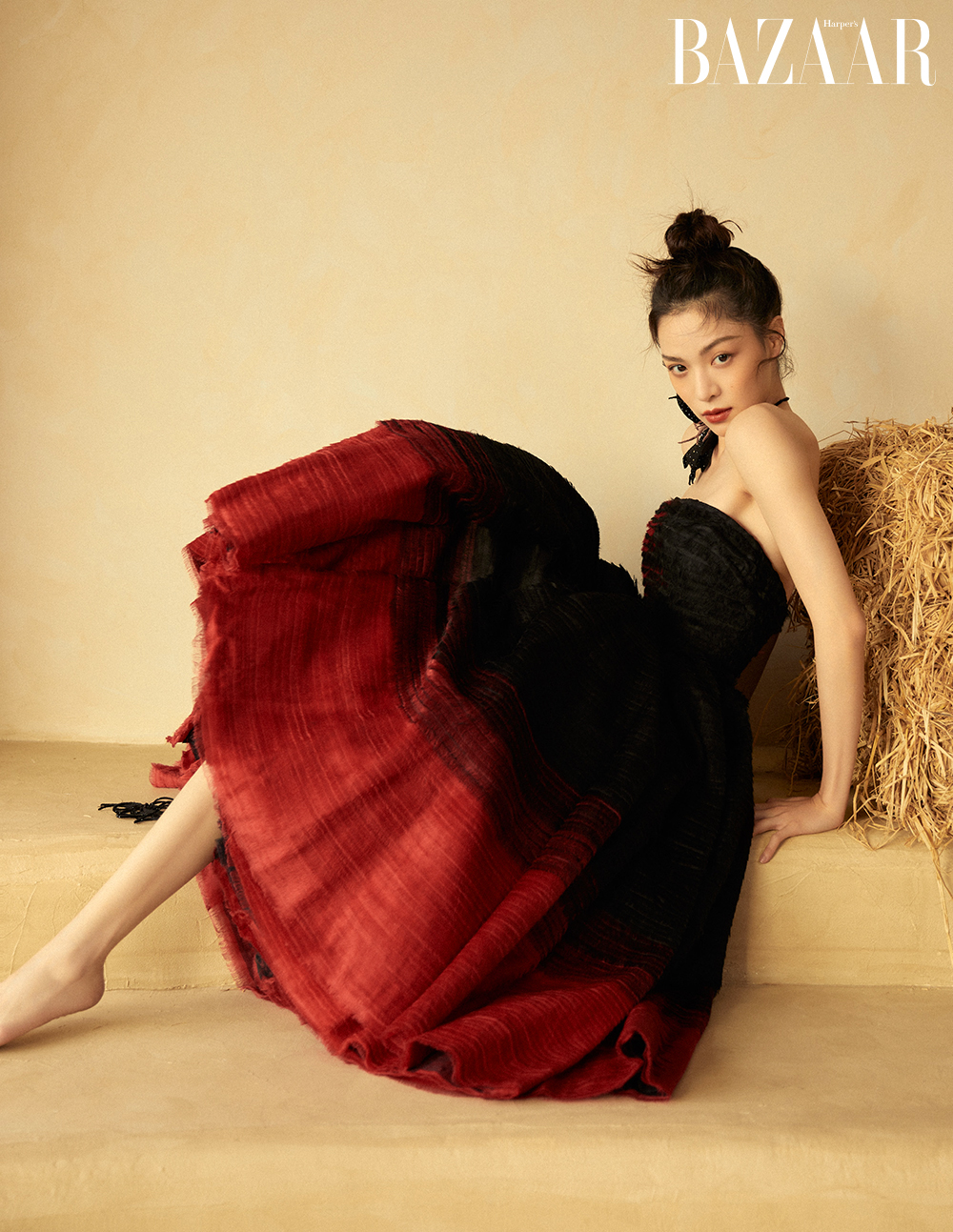 The early success opens up many new opportunities for Elaine Zhong. In 2019, she landed a main role in Jackie Chan’s Lunar New Year movie, The Knight of Shadows: Between Yin and Yang. As a fact, with her great list of characters, Elaine consistently proves her capability to deliver a memorable performance to any movie, TV series, or blockbuster of any genre. She says, “Every role of mine is very memorable to me. I’d like to say that part of all the roles stays in my body after the performance. I’m growing together with them afterward”.

Last year, Elaine Zhong won the Best Actress award for her character in August Never Ends. At the time of her winning, the movie was not released in cinemas yet! 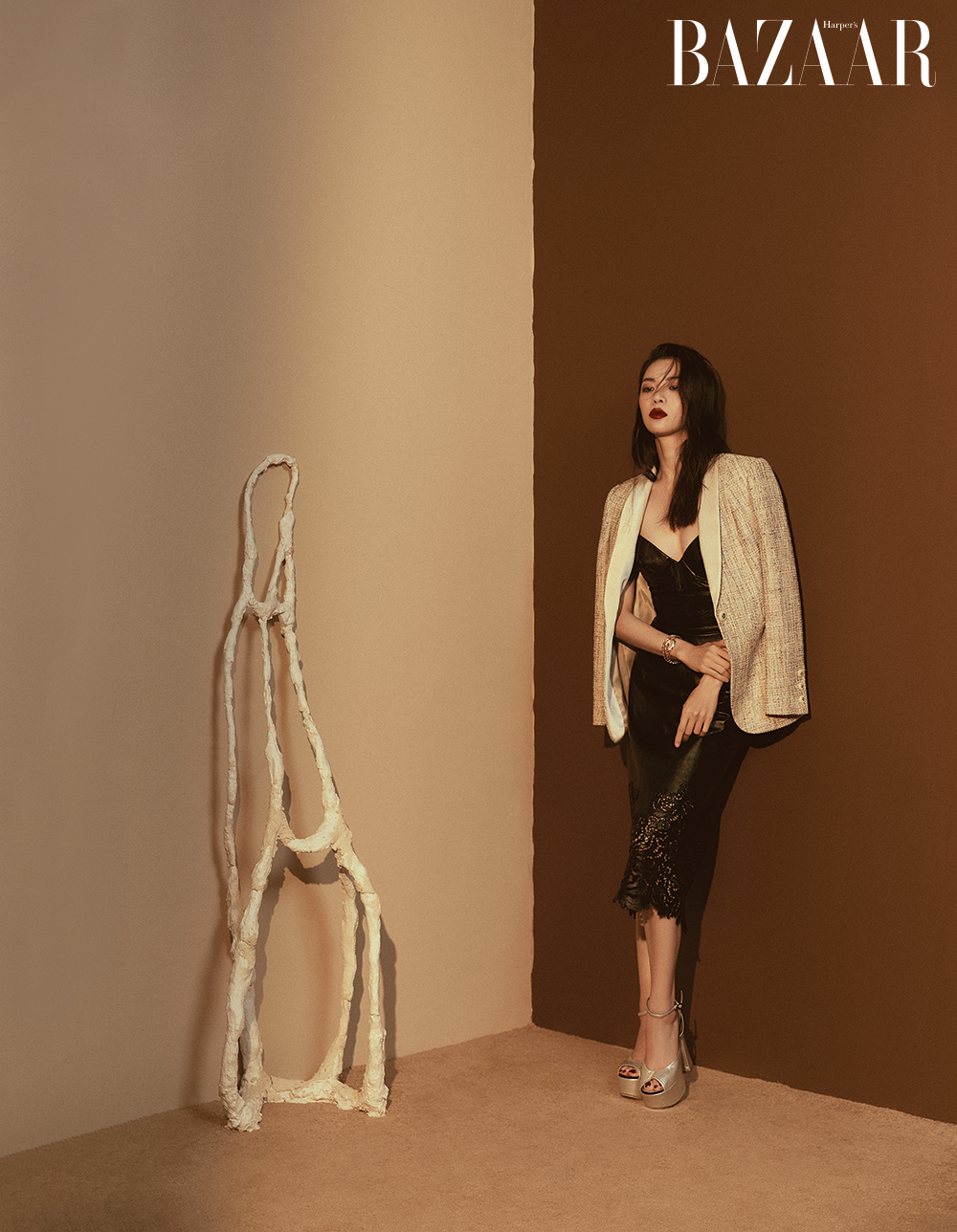 Since the first release of its first poster, the series has already received high anticipation from the public. 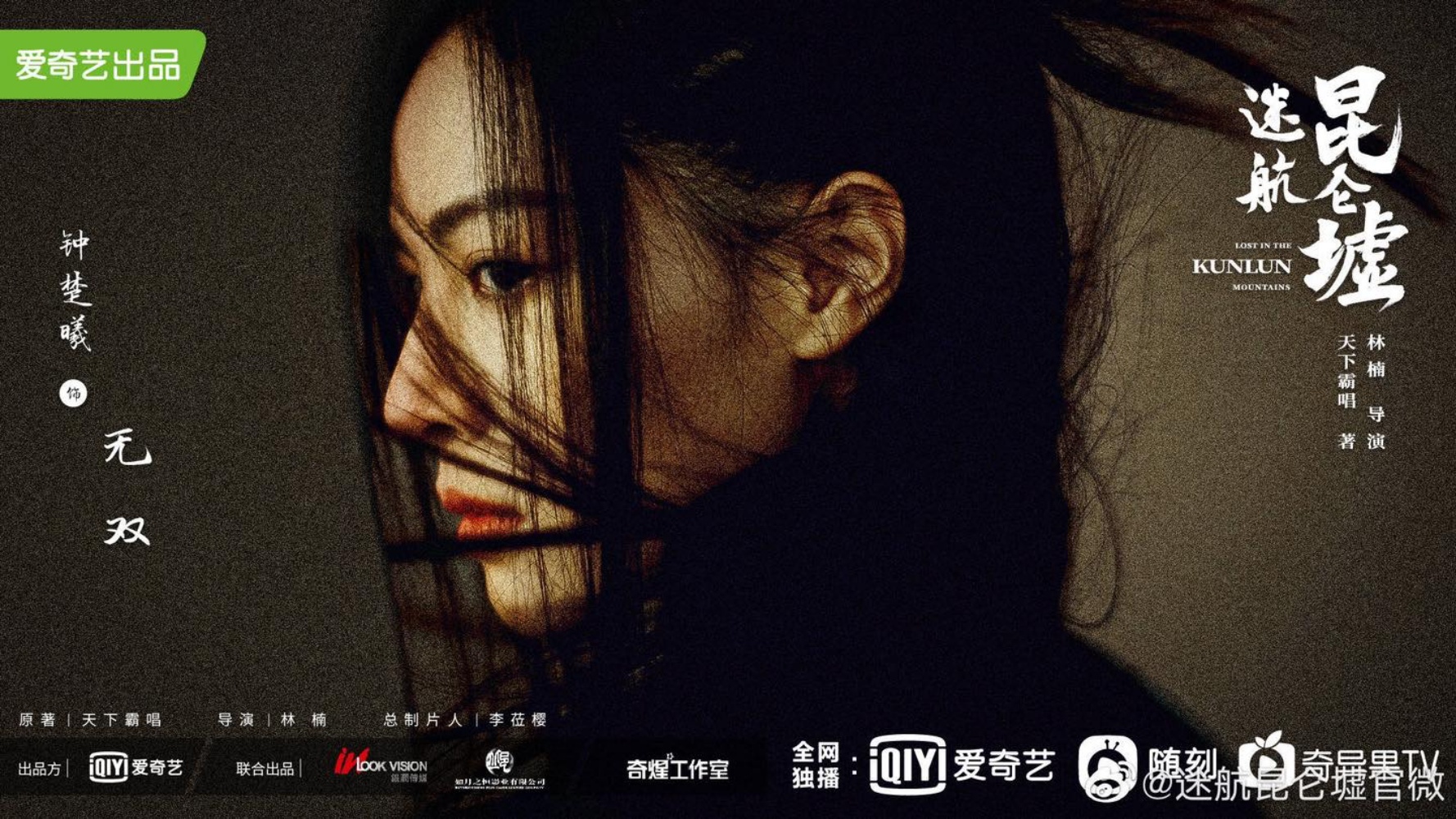 This is expected to be the next breakthrough for Elaine Zhong’s acting career. In the series, the actress is a heroine who will fight for what is right. Elaine reveals with us, “Wu Shuang is a very simple and optimistic girl. The environment she grew up in is full of hustlers and villains which makes her a female knight after she becomes an adult. Besides she’s very sincere and focused on her family and lover.” 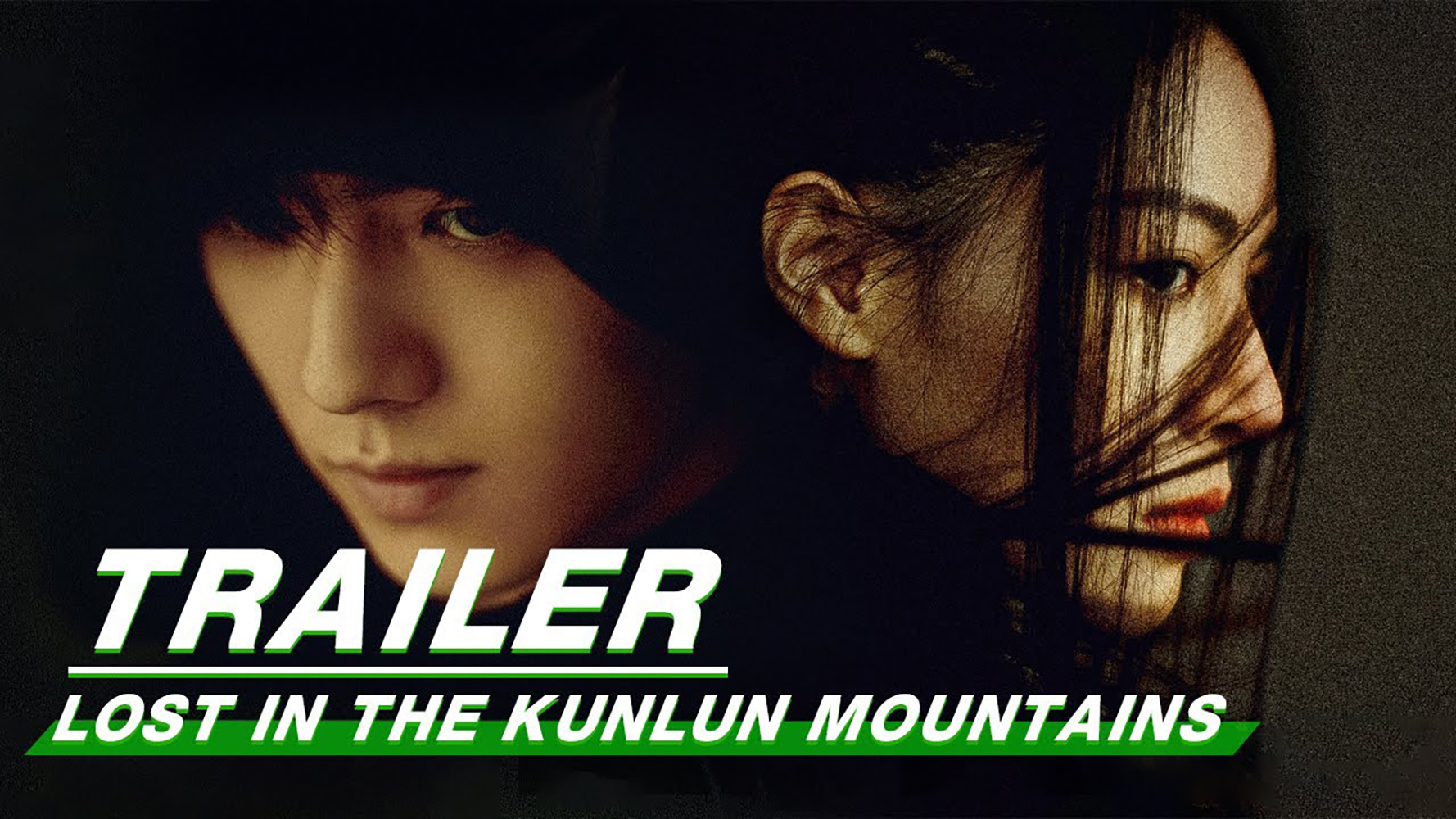 Xu Kai and Elaine Zhong to lead the new series

Elaine Zhong as a Fashion Icon

Elaine’s dance background and her true elegance have helped Elaine when it comes to posing in front of the camera. In fact, she is a fashion icon in her home country. Glancing through Elaine’s Instagram, we find a graceful beauty with feminine inspirations. What’s more, brands like Louis Vuitton, Bulgari, La Perla liked and entitled her as their ambassador. And in Louis Vuitton’s  Spring Summer 2022 show, she was honored to be one of the first row guests of the French designer.

Everything comes to Elaine Zhong quite effortlessly. With fashion, she confides, “First of all, fashion is what I really like. Secondly, I think my job as an actress requires my efforts in maintaining my appearance and style. Participating in fashion is part of an actress’ work. Bringing in fresh looks and breaking through myself are also what encourage me to keep trying.”

Elaine Zhong’s fashion icon is Anita Mui. The Hong Kong diva is also known as the Madonna of Asia. “I think she’s not just a fashion icon to me but also what I strive to be as an artist/actress in every way,” Elaine says. 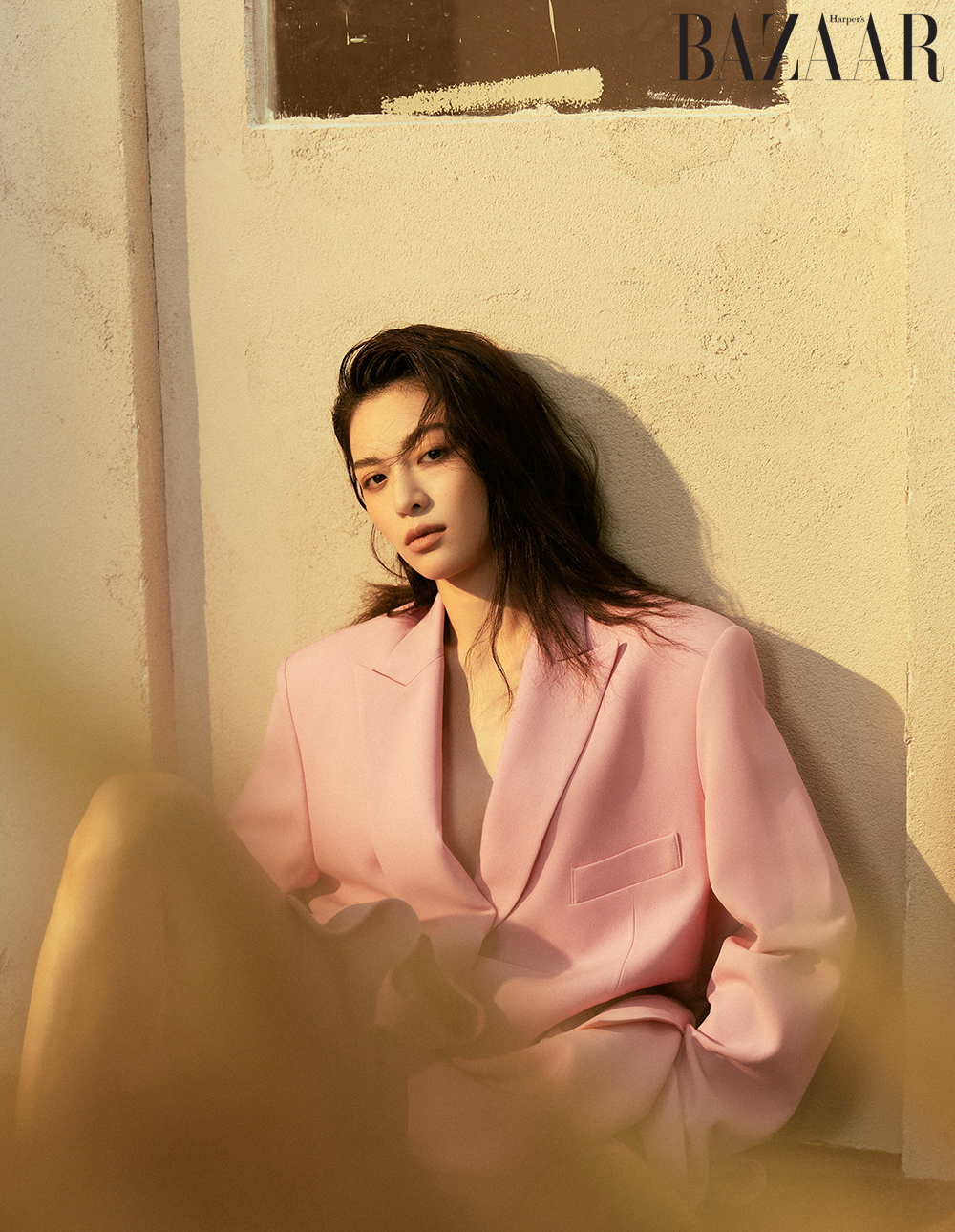 If not an actress, who would Elaine Zhong be?

Elaine giggles as she hears the question. After a quick thought, she replies, “I guess I’d choose to be a fashion designer, or a makeup artist or interior deco designer. Anything about beauty, becoming beautiful, or sharing beauty.”

Everyone knows Elaine Zhong for her signature smooth and tender skin, bold red lips, and luscious black hair. Unlike many other celebrities, she often does her own makeup. In another photoshoot with Harper’s Bazaar China, the team was amazed when Elaine did not need any help from a makeup artist.

She almost bursts out laughing when we remind her of how everyone reacted. Revealing her secret, she says “trying different things to get to know what makeup/clothes style match myself is the craziest thing I do to maintain my beauty”. 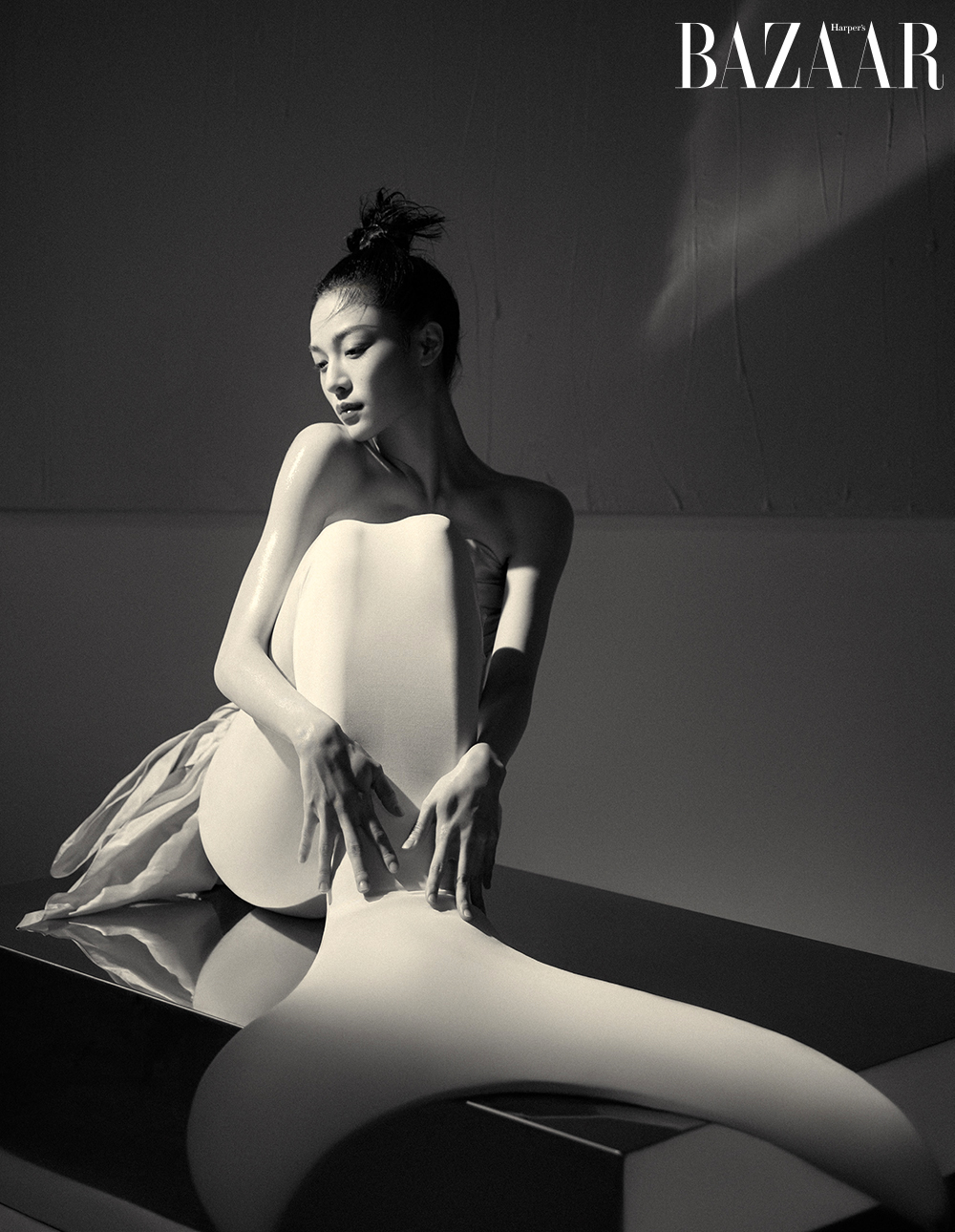 Elaine Zhong is a highly recognizable celebrity, but that doesn’t mean the negativity on social media never affects her. “To be honest, even now I still get upset or doubt my own ability when reading online comments,” she explains. “In my opinion, handling and co-existing with the stress from social media is a learning process that I have consistently improved. But I think it is normal. People must grow up while constantly exploring themselves and confirming this exploration with others.” 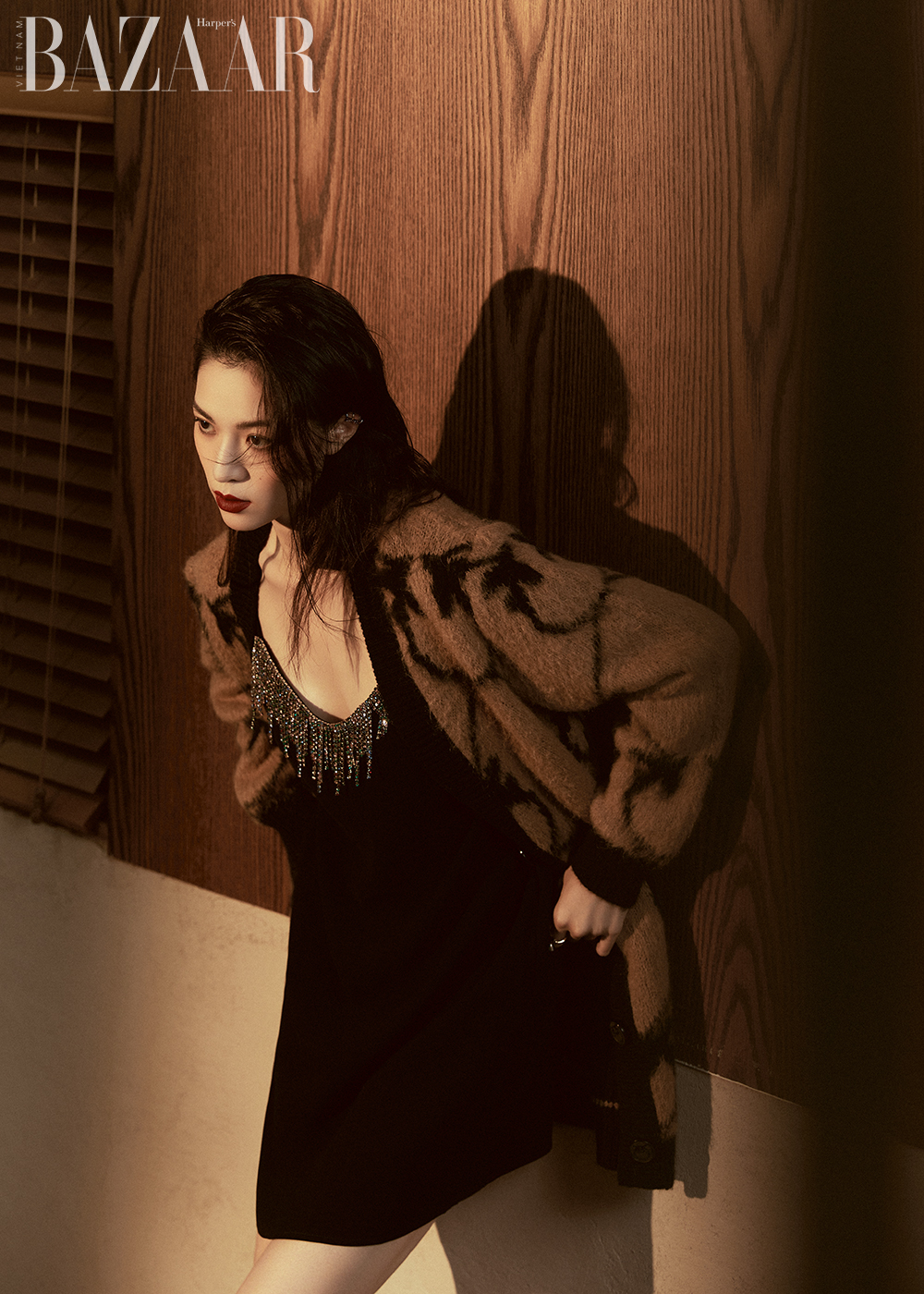 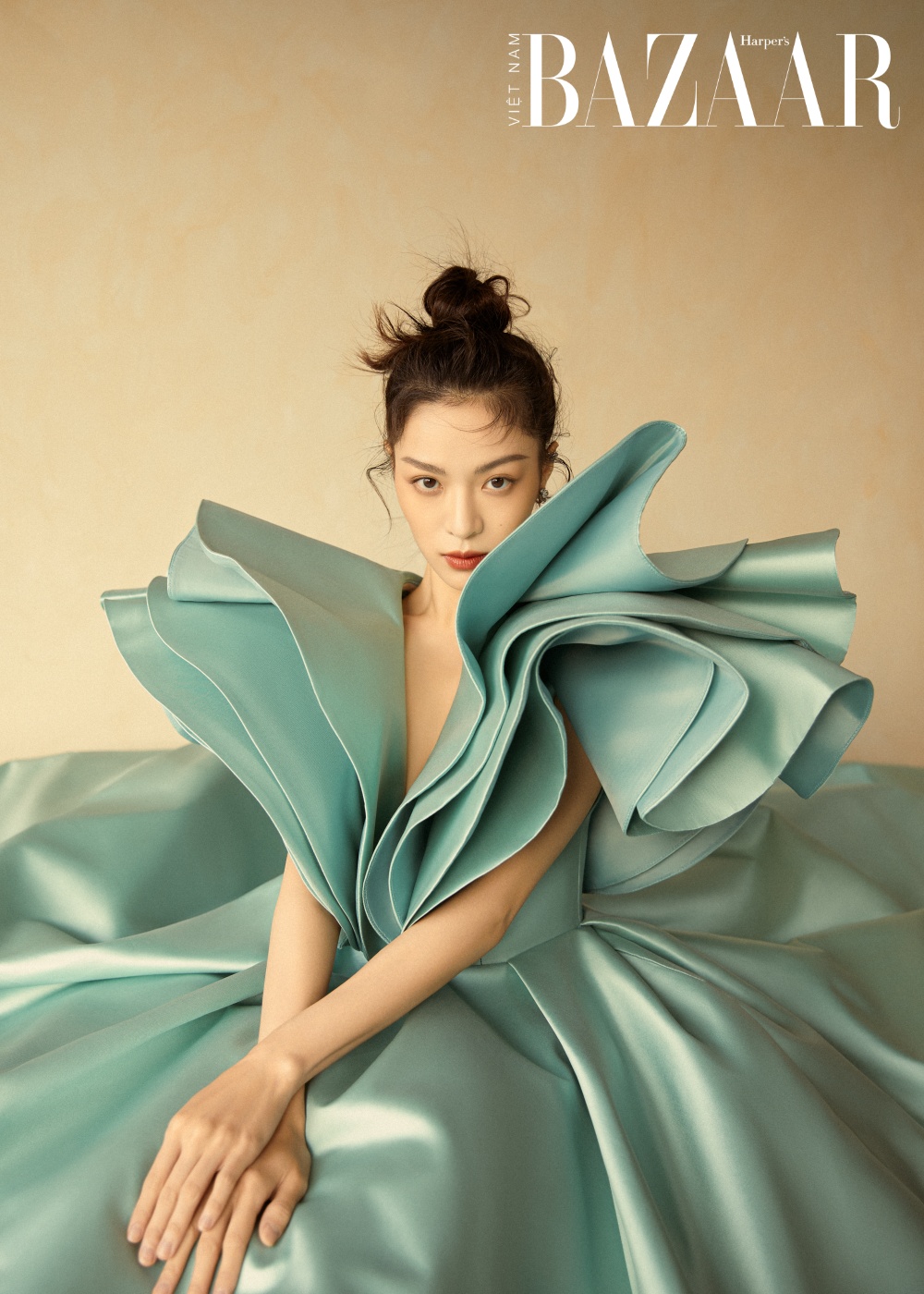 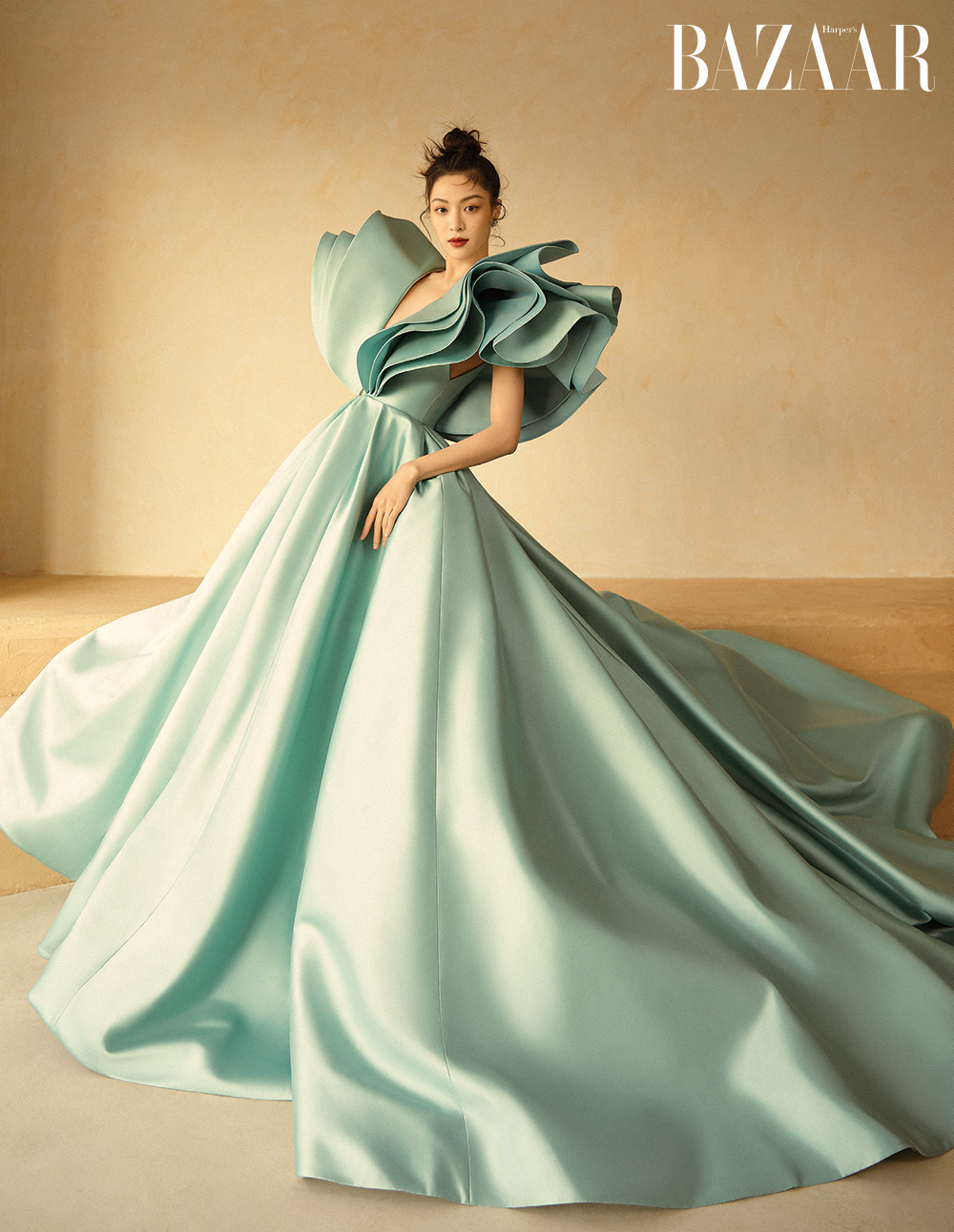 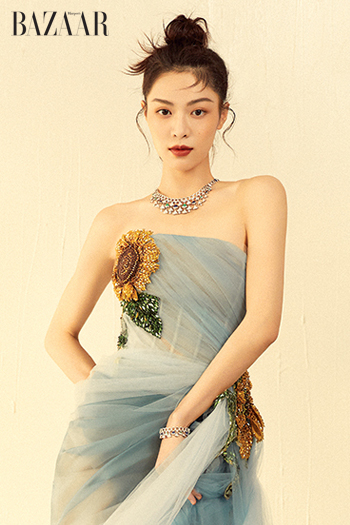